Unlike Past Elections, Uganda's Streets Are Empty of Celebrations Following President Museveni's Win 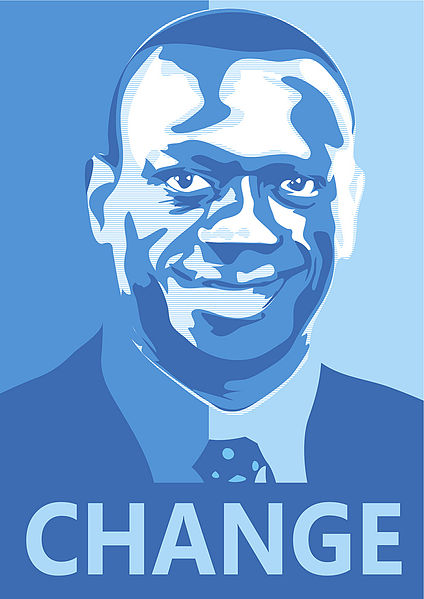 The main opposition politician Kizza Besigye. His supporters believe that he won the election. Image designed by Samson Mwaka for the February 2011 issue of the Kampala Dispatch magazine and shared under Creative Commons by Flickr user dispatch_ug.

The Electoral Commission of Uganda announced on 20 February 2015 that incumbent President Yoweri Museveni, nicknamed ‘M7′, had won the recent vote with 60.75%. Main opposition candidate Kizza Besigye followed with 35.37%, and former Prime Minister Amama Mbabazi came in third with 1.75% of the vote.

The streets of the capital Kampala remained empty with no celebrations. The opposition has denounced the results, claiming that there was widespread rigging.

The government, through the Secretary General of the ruling National Resistance Movement (NRM), warned that if anyone comes into the streets to protest the election results they would be shot dead. Museveni's main rival Besigye of the Forum for Democratic Change (FDC) has since been put under house arrest. Very few visitors are allowed to see him; the Internet and phone around his house have also been switched off.

Social media platforms such as Facebook, Twitter and WhatsApp were blocked from the evening before the elections, 17 February, until 21 February on the orders of the Uganda Communication Commission, which said it did so in the interest of national security. Mobile money transfer services were also turned off during that period. Mobile money is currently the main method of funds transfer within Uganda.

Following the release of the results, Ugandans netizens are wondering where the 62% of voters are. Why are they not celebrating in the streets as has been the case in the past? Some are suggesting that ‘ghosts’ voted for Museveni.

Am Not Surprised there are no celebrations in Uganda about M7's Win. Open truth is “The Election was Rigged”. Rt. Col. Dr. Kizza Besigye would have been the rightful winner. Besigye is my President.‪#‎ISayWhatIFeelIsRight‬ 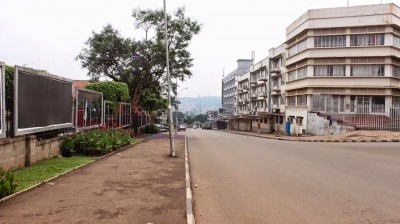 Kakensa Henry Nduggwa posted a photo on Facebook of an empty street on the day when the president's win was announced and mocked the government, saying:

Celebrations all over Kampala as Museveni is announced president for the 5th term.

I was waiting to see the 60% who voted him jubilating forgetting that ghosts are not visible!!!! Its only in Uganda where a president is elected and its only armed forces all over the country waiting to shoot anyone who celebrates, Hahahahaha

Hehehe, maybe he should bring the cows and goats dat voted for him. Our LOVELY PRESIDENT IS KIZZA BESIGYE

Goodman Conrad posted two photos on Twitter comparing citizens’ reactions after the first Museveni election victory and after the 2016 elections:

How come no one is jubilating can't you ask your self? We never voted for you though you did your best to buy us. Just know you will die one day and Uganda will be free. Uganda is not for a few people we have equal shares […]

Eteki criticised the result, arguing that 61% (rounded off) is a very high figure, and such huge support would have been felt during the campaigns:

This victory (61%) is so high that it could have been even heard and felt during the campaigns in which case there would have been no reason to arrest members of the opposition unless someone had a panic attack.

‘It's time to reconcile and together build our nation’

Despite little signs of celebration for Museveni's victory both on the streets and online, some high profile Ugandan musicians who openly campaigned for him took time to congratulate him on Twitter.

Last year, Ugandan musicians and their fans differed over the justification of singing a song praising President Museveni for his performance in office over the past quarter century.

It was rumored that a group of musicians received money to participate in the song: Musicians Bebe Cool and Jose Chameleone are said to have received more than US$700,000, while an artists’ association is rumored to have been paid another US$150,000.

However, other artists, like Eddy Kenzo (the 2015 BET Award winner) and Mathias Walukagga came out to criticize the artists who took part in the song.

After Museveni was announced the winner, musician Bebe Cool said:

Yeeeeeeeeeeee NRM oyeeeeeeeee.
Congratulations Your excellence YOWERI KAGUTA MUSEVENI and the entire NRM.
I also wish to thank the Ugandan opposition for the part played during this period but mostly FDC candidate Dr KIZZA BESIGYE for representing the the minority with a different opinion.
I must thank Ugandans in general for participating even strongly than ever.
I thank the members of the press and security that have worked tirelessly to see this process through.

In the same spirit as Bebe Cool, Jose Chameleone, another popular musician, congratulated Museveni. He also went on to tell off people who are opposed to his support for the incumbent not to attend any of his concerts again:

Congratulations to the Elected President of Uganda 2016 – Y.K.Museveni.

And for all society condemning each other on who voted and supported who it's not Primary now. It's time to reconcile and together build our nation with the greatest of our abilities.

To all Friends and Fans who have thrown unkindness to me for practicing my fundamental right of choice, please stop threatening to boycott my Showcases that shows how conditional your support to me is. I have never insulted your love for other artistes simply because such is life.

If I offended any of you in that manner,Stay home next time I have a Show and wait for those you support unconditionally.

I am Ugandan,We are Ugandans

We are all relevant to the building of a Peaceful and prosperous Uganda.

Ugandan artist Bobi Wine commented on the violence through the elections and asked the police not to think that the violence from them is a better crime than that from the people,

I am wondering;how can I stand up for justice without inciting violence, how can I preach peace without sounding hypocritical?? Its a fact that people have frustration over elections but as we continue to discourage any kind of violence from the public,It should be noted that police brutality is not a better evil.
‪#‎UgandaDecides16‬
‪#‎WeCondemnTheViolence‬