Pressure Like Nowhere Else in the World: Journalism in Afghanistan 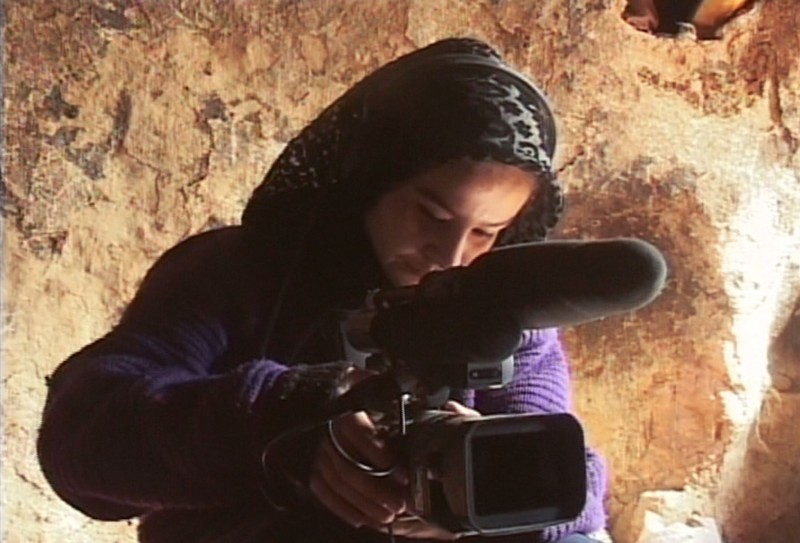 With the collapse of the Taliban regime in Afghanistan almost 15 years ago, a democratic government with a relatively liberal constitution emerged that made allowances — in theory — for freedom of the press and expression. But ensuring the basic security of media workers in the country has been somewhat harder.

Media outlets grew exponentially after the anti-press Taliban was toppled, thanks in part to generous funding coming from NGOs, international organisations and foreign countries.

But as foreign troops withdrew, funding for these operations began to wane and only a handful remained commercially viable as many others closed down.

Threats affecting journalists are numerous. Media workers are targets because they highlight the brutality of the insurrection led by the Taliban and other militant groups, while pinpointing the shortcomings of the government and the misdeeds of warlords and parliamentarians alike.

According to a report published by Deutsche Welle in January 2015, there were 125 incidents of violence against journalists reported in 2014, marking the year the “most violent year on record for journalists in the country” as thousands of troops from the US-led coalition withdrew from the country.

Things have not improved since. In August 2015, Pajhwok News Agency’s Azizullah Hamdard was shot and injured in Kabul by unidentified assailants after she reported an incident of electoral fraud.

But it was in autumn last year that things truly took a turn for the worse for the country's media, as the Taliban dramatically seized the strategic northern city of Kunduz, one of their biggest coups in recent years.

As noted in a recent report by International Media Support (IMS), a non-profit that advocates for media rights and safety across the world:

In the months leading up to the attack, the Taliban had exhibited increasing hostility towards media workers following a spate of years in which the terrorist group had built up stable relationships with mainstream media, providing regular press statements from spokesmen and utilising social media with great effect to broaden their outreach. In September and October 2015, this strategy changed abruptly, as the Taliban proceeded to openly target journalists during the terrorist group’s capture of the Northern city of Kunduz. According to the IMS-supported Afghan Journalists Safety Committee (AJSC), the Taliban actively sought out journalists, searching and raiding the offices of media outlets.

Among the outlets to feel the Taliban's wrath is TOLO News, a dynamic organisation owned by the MOBY media group that has gained the trust of large parts of the Afghan public by providing 24-hour coverage that includes some of the most dangerous and inaccessible areas of the country.

On January 21, TOLO News staff were targeted by a suicide bomber in Kabul, who killed seven of their workers.

The Taliban had been particularly angry with TOLO News for what it described as a vilification effort after the outlet described incidences of violence and rape towards Kunduz's civilian population during the month of October.

The subsequent attack on the channel sparked public outrage.

Freedom means having voice. @TOLOnews & @TOLO_TV gave us a voice and a #FreedomOfExpression. We stand with MOBY & condemn the attack.

4th attack on Afghan journalists in 3 weeks just one indication of failure of 15 year war to bring peace https://t.co/0IbVaqXyTM @TOLOnews

In response to the Taliban’s attack, some journalists suggested a boycott of coverage of future attacks, depriving the group of a vital source of publicity.

Accordingly, the February 1 bombing in Kabul that claimed 20 lives was not covered by TOLO TV and TOLO news.

However, the initiative received mixed responses:

Since attack on @TOLO_TV staff, @TOLOnews has stopped live coverage of attacks.. Nothing about today's #Kabul attack. Don't give into fear.

Despite Taliban's attack on @TOLOnews staff, today again all Afghan media reported the suicide attack of Kabul. We forget our promises soon!

On his first day in office, President Ghani allowed New York Times’ Matthew Rosenberg, who had been expelled by Afghan government on allegations of undermining Afghanistan’s national interests, to return to the country, showcasing his administration’s commitment to free press and freedom of expression.

He also signed into law the Access to Information Law earlier passed by the parliament which states that government-held information should be available to the public, “except in cases that would threaten national security, compromise privacy, or interfere with a criminal investigation”.

Ghani’s administration, however, has failed to deliver on those promises.

The government's controversial Media Violation Investigation Commission (MVIC), which has been in effect since 2005, has summoned leading daily newspapers on many occasions.

Hasht-e Subh Daily, Daily Open Society, and Etilaat-e Roz Daily are amongst those whose editors-in-chiefs called in by officials as a result of critical reporting.

Moreover, when the anonymously-run satirical Facebook page Kabul Taxi poked fun at Ghani's powerful security chief Hanif Atmar, Atmar began an unsuccessful witch hunt to try and find out if any prominent media workers were behind the page. It was eventually shut down.

Although television is attracting a significant audience throughout the country, radio still remains the primary source of news for the bulk of the population.

Print media readership is low, but social media usage is on the rise and Internet connections are becoming faster and more accessible.

Accompanying these trends are citizen journalism and blogging, which are increasingly appreciated by a young educated readership.

The phenomenal growth of an independent media in post-Taliban Afghanistan is one of the few major achievements that a government still stricken by graft and incapable of providing many public services can point to.

Despite all manner of pressures, the media is fulfilling its duty and defending the public interest. Although the sacrifices it has been forced to make in order to achieve that goal have been far too many.