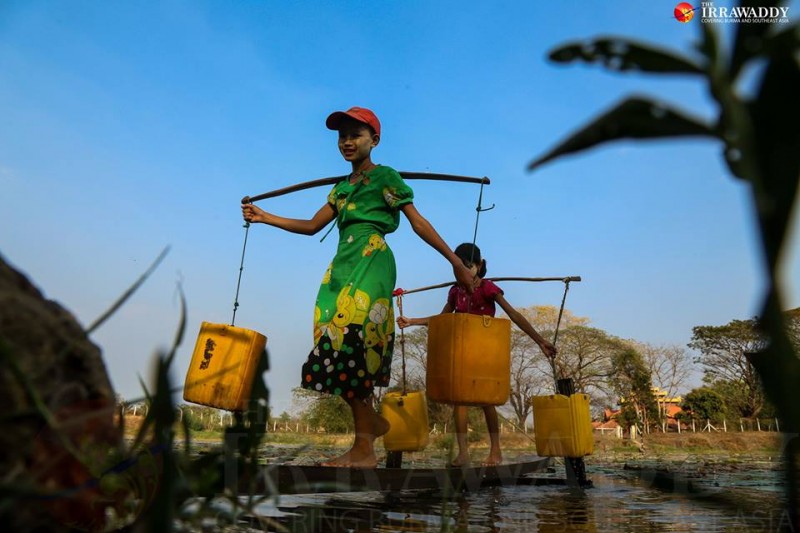 Yangon residents have to adjust to the increased temperatures and water shortages brought by the El Niño weather pattern. Photo and caption by Hein Htet / The Irrawaddy

This is an article from The Irrawaddy, an independent news website in Myanmar, and is republished on Global Voices as part of a content-sharing agreement.

The effects of the weather phenomenon El Niño are already being felt in several countries in the Asia-Pacific. As El Niño hits the most extreme of its 12- to 18-month cycle, large swaths of Myanmar have been beleaguered by high temperatures and water shortages.

Summer typically does not begin until March, but temperatures are already relatively intense. Meteorologists have predicted that water shortages in many parts of Myanmar could be ratcheted up by as much as three-fold in the coming months. In Yangon, the country’s main urban hub, temperatures have already soared to 35 degrees Celsius in recent days, forcing people to take shelter under any shade they can find.

In Dala, a town across the river from Yangon, water scarcity is more palpable. Irrawaddy photographers Hein Htet and Pyay Kyaw recently documented how the residents of Rangoon and Dala have been coping with the country’s intense weather conditions. 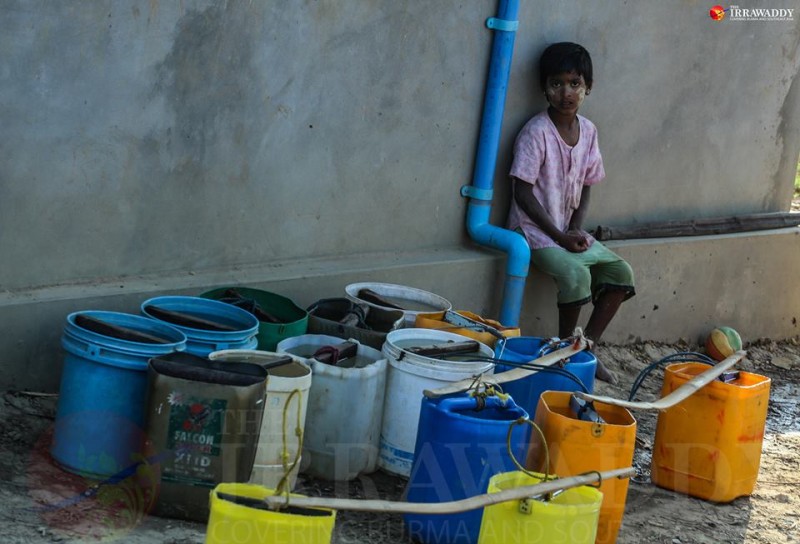 Water rationing in Yangon. Photo by Hein Htet / The Irrawaddy 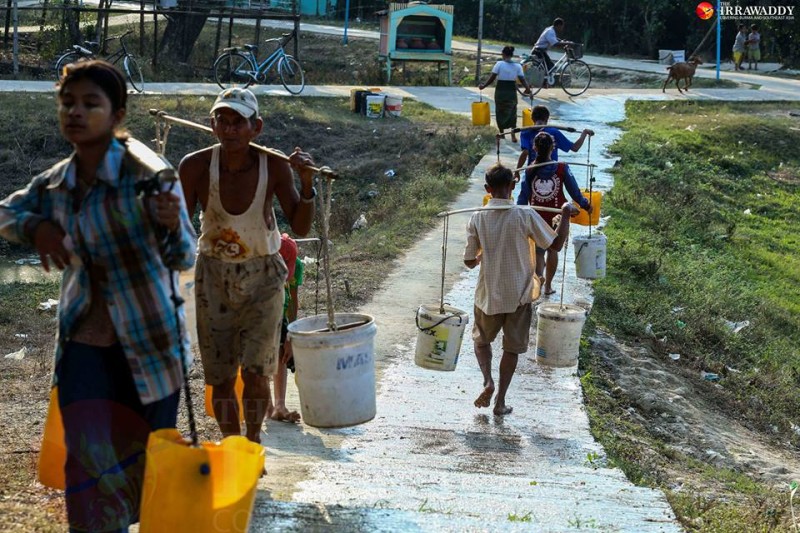 Dala residents coping with the waves of severe weather brought by the El Niño weather pattern. Photo by Pyay Kyaw / The Irrawaddy 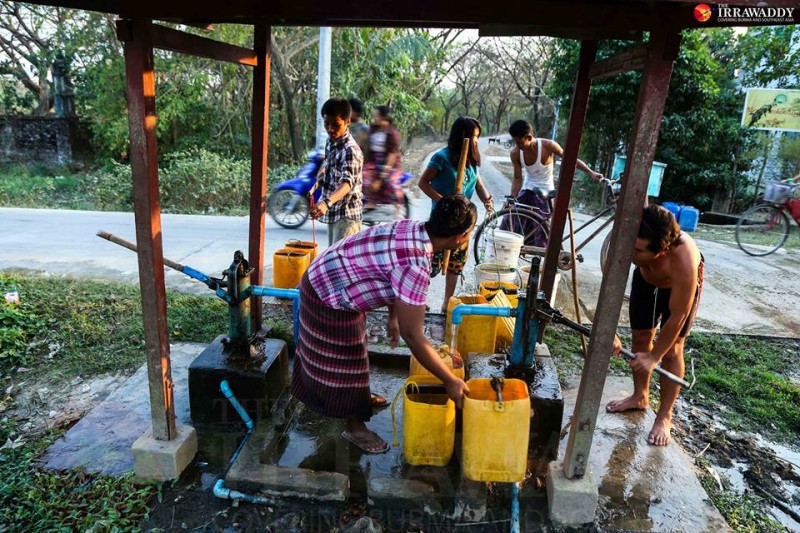 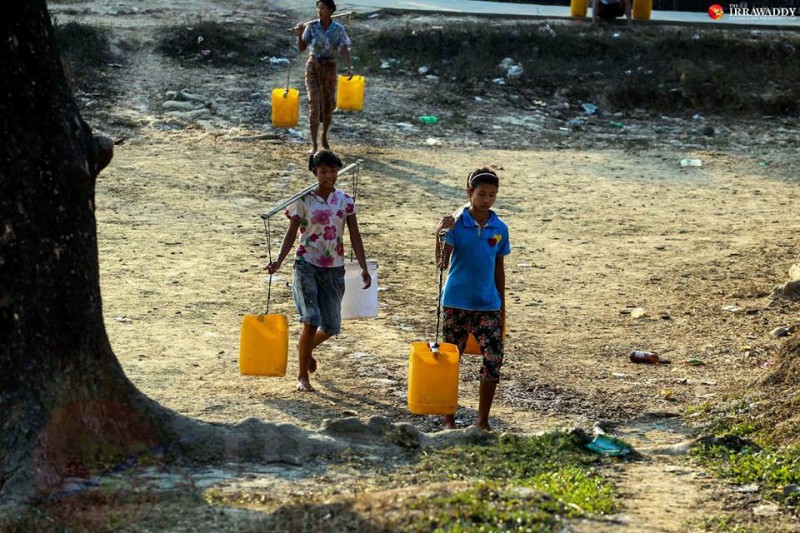 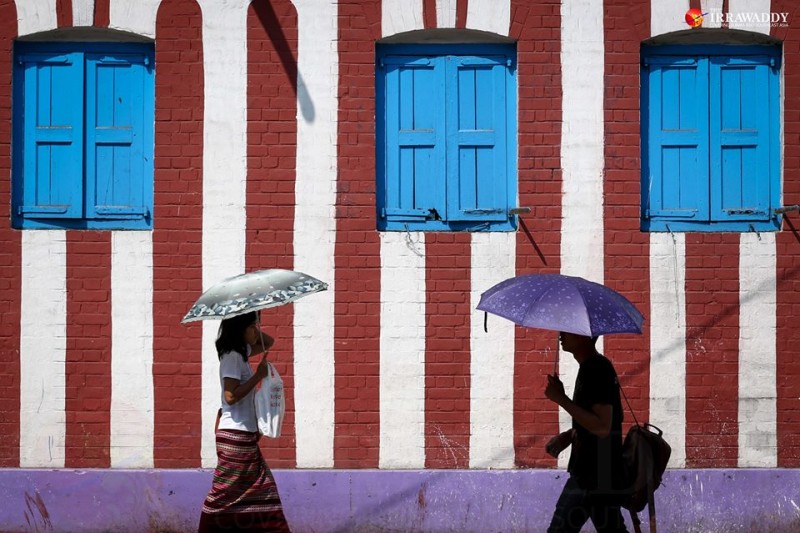 Yangon residents carry umbrella as protection from the heat of the sun. Photo by Hein Htet / The Irrawaddy 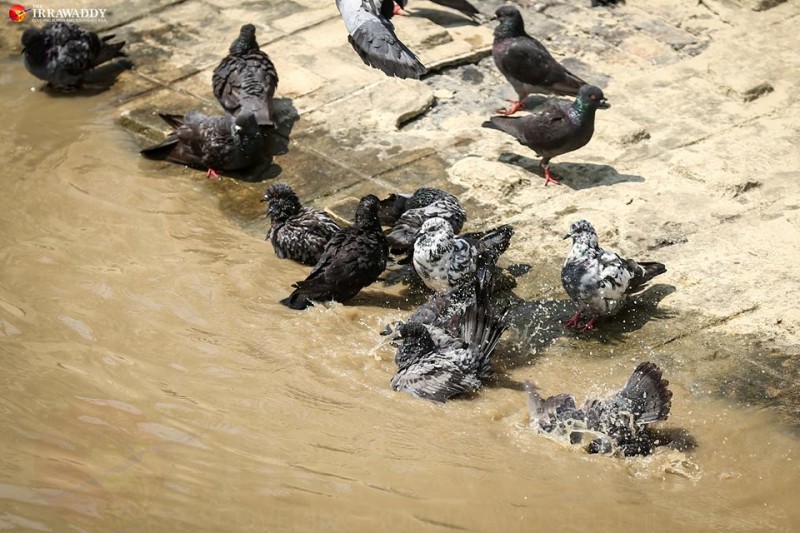 Birds soak in water as temperature rises in Dala. Photo by Pyay Kyaw / The Irrawaddy 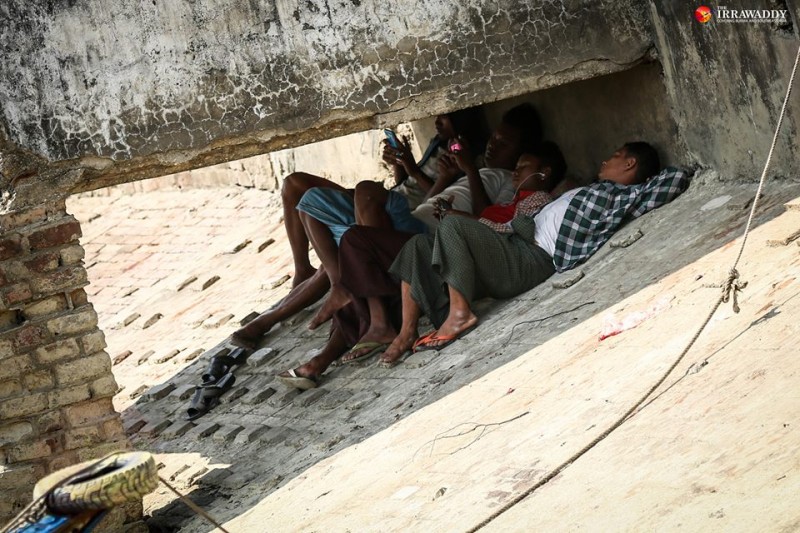 Yangon residents find a shade to rest. Photo by Hein Htet / The Irrawaddy