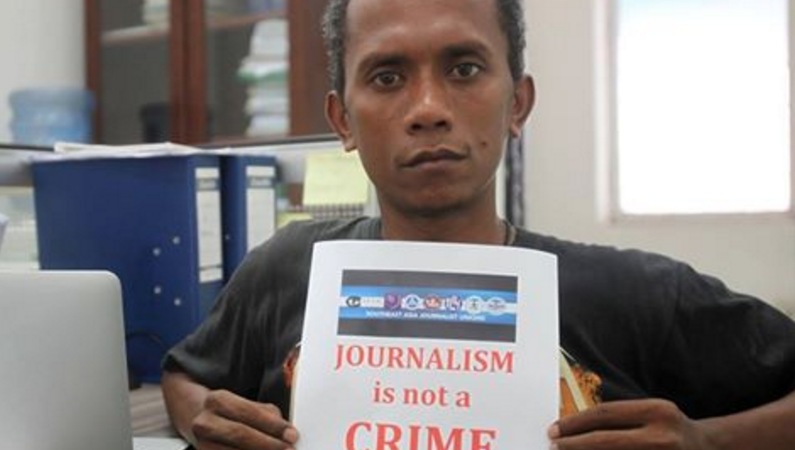 Timor Leste's prime minister has filed a defamation suit against a journalist, who learned of the legal action against him last month.

On November 10, 2015, veteran journalist Raimundo Oki wrote for Timor Post [2] newspaper that it was Prime Minister Rui de Araujo who “recommended the winning bid for a project to supply and install computer equipment to the new Ministry of Finance building in 2014,″ according to the Southeast Asian Press Alliance [3]. Araujo at the time was an adviser to the Minister of Finance.

SEAPA reported that the newspaper published Araujo's response to the allegations on its front page seven days later, in accordance with the right of reply guaranteed under Article 34 of the country´s Press Law [4], passed in 2014.

Despite this, the prime minister still filed [5] suit against Oki. If convicted, Oki could face up to three years in prison for the crime of defamation for false accusations under Article 285 (1) of the Timor Leste Penal Code.

Felipe Belo, president of the Timor Leste Journalist Associationn [6] (AJTL), urged the leader to respect the work of the media sector:

The Prime Minister should lead by example on how to respect the country's Press Law by recognizing that such reporting is part of the work of journalists.

If Oki made an error in reporting, it should be dealt with under the Press Law…The lawsuit is an act of criminalization of the work of journalists.

UPDATED February 26, 2016: This is not the first time that a journalist in Timor was sued in court for exposing alleged corruption in the country. Oki and another journalist risked [7] imprisonment in 2013 for writing about the inefficiency [8] of the judicial system. Instead of a jail sentence, the court imposed a fine [9] against the two journalists.

As a journalist, Oki attended the Reham Al-Farra Memorial Journalists Fellowship Programme at the United Nations’ headquarters in New York in September, completing the program with fellow journalists from 15 other countries. In this video [10], Oki was interviewed about the role of the Global Goals approved by the UN in promoting prosperity in Timor Leste:

Global Voices tried to reach Oki and the office of the prime minister to get more details about this case but received no answer. On February 9, Oki posted [11] this meme about journalism on his Facebook page: 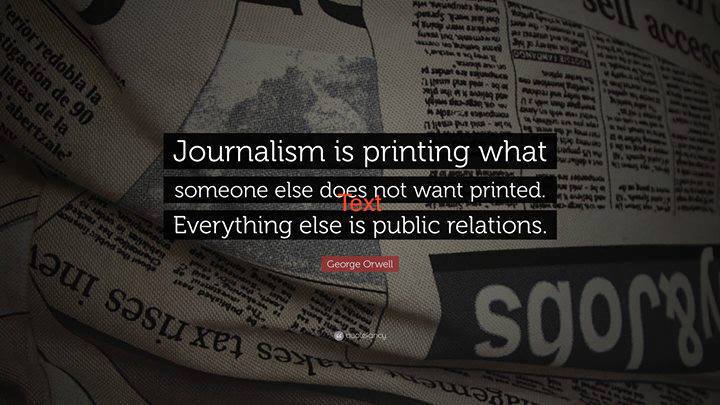