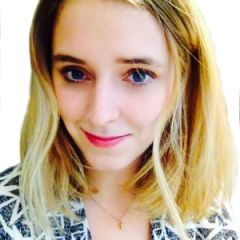 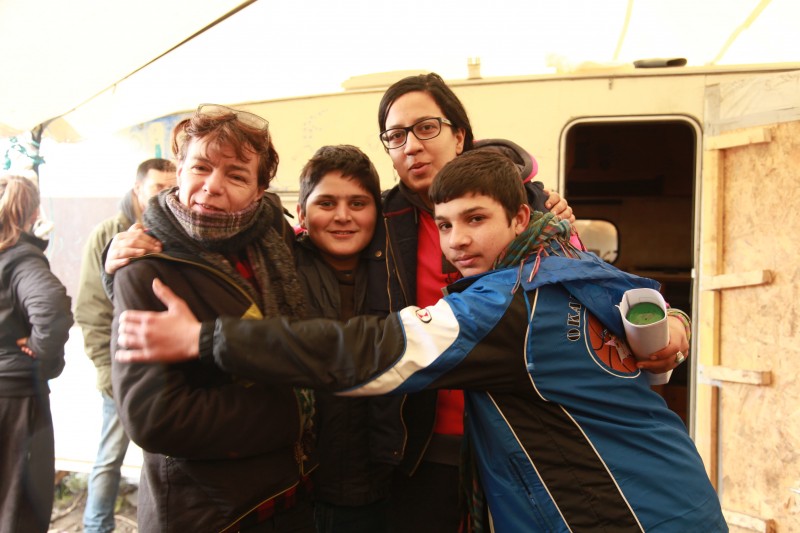 Update (February 23, 2016): On February 23, a French court in Lille ruled that the judgement on the eviction will be delayed until the end of the week, after eight NGOs filed a request for a temporary injunction to halt the evacuation last week. The authorities are now under legal obligation to wait for the court ruling. In the meantime, volunteer group “Help Refugees” conducted a census in the camp. They counted 5,497 residents, of which 423 are unaccompanied minors.

It is 9 o'clock on this foggy Valentine’s Sunday in the so-called “Jungle”, Calais’ infamous refugee camp, home to an estimated 6,000 people living in tents, caravans and wooden shacks. This morning, the only ones awake seem to be seven hungry Afghan boys. Their rhythmic knocks on a wooden door mingle with the continuous sound of the footsteps squelching through in the sludge. The door belongs to a red and yellow tent about seven meters long: The Women’s and Children’s Centre of “The Jungle”. The boys at the door are waiting for British volunteer Liz Clegg to take them for breakfast. Together with her team of volunteers, Liz takes care of the most vulnerable individuals in the camp, including unaccompanied minors.

The boys don’t know that this is among of the last mornings they can run hungry to the Centre for food and support. A week from now French government bulldozers will steamroll everything: The improvised playground with swings and climbing-frame, the tent with cushions and blankets to keep the Centre's users warm, the artwork created by women and children throughout the last months—in short, these people's place of safety and trust. 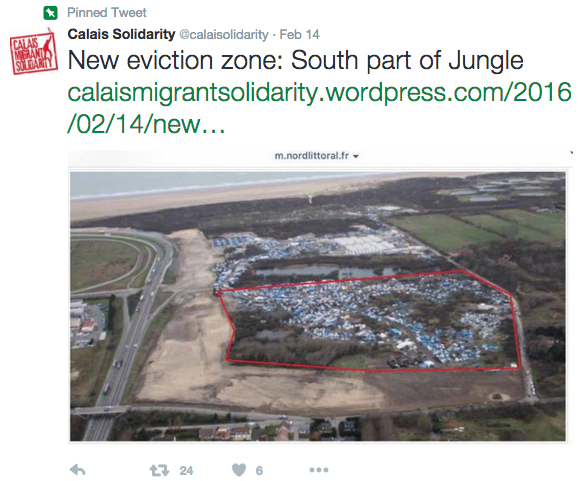 The seven exhausted boys, between the ages of 10 and 15 years, have been up all night. After an hour-long walk, they put their lives in danger by trying to jump onto lorries to reach England. Suleyman, 11, seems barely present. Crouched in a corner, he sips his milky chai, his eyes glassy, staring into the void.

While Liz buys the boys’ breakfast she expresses worry about the plans to clear the southern side of the camp. The French government recently informed over 800 refugees, including families with young children, that they will be expelled from the camp within the next few days. The demolition this seven-hectare area will halve the size of Europe’s largest informal refugee camp and destroy vital community buildings such as mosques, churches, a legal aid centre, a centre for administering vaccines against measles, food distribution facilities, a theatre and a youth centre.

The camp is also home to anywhere from 200 to 500 unaccompanied children, some as young as 10 years. For them the Women and Children's Centre is the only point of reference. “We keep track of them, we know if they are missing, we help them,” says Liz. “If they take this from them, we will lose them” 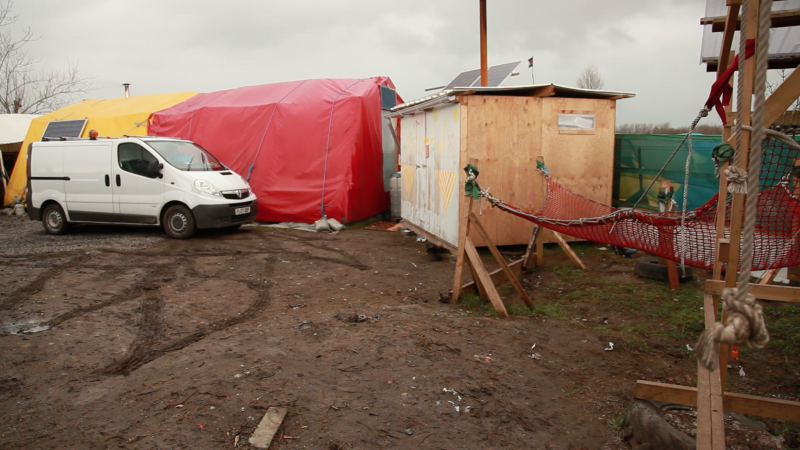 The Women's and Children Centre at the Calais refugee camp. Photo: Brindusa Nastasa. Used with Permission.

The upcoming clearance of the camp will not be the first this year. In January, shelter that served over 2,000 people was demolished. On February 1 another area that included a church and mosque was cleared. The government's plan is to push as many people as possible into the 125 new pearl-white containers in a fenced section of the camp.

In this new area, which looks more like a livestock farming facility than housing for humans, there won’t be any churches, mosques or schools—community spaces that residents of the “Jungle” agree have made their lives a little more bearable. The plan appears to be to slowly diminish the Jungle, which has attracted much media coverage lately. Volunteers and refugees are skeptical about the government's plan. They believe it is an attempt to push people into giving up their dreams of going to the UK and start seeking asylum in France. Another concern is that the new facilities accommodate only 1,500 people, and that entry will be by fingerprint recognition. 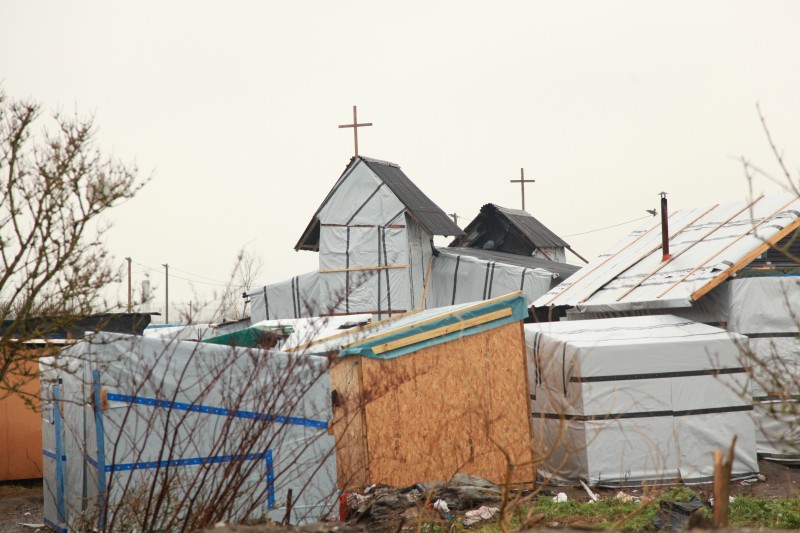 Like other community spaces, the The Ethiopian church will also be affected by the eviction. Photo: Brindusa Nastasa. Used with Permission.

“Most refugees. . . fear if they take fingerprints in France, it will diminish their chances of getting asylum in the UK, the country they hope to reach one day,” says Jamal Ismail, head of the Kitchen Camp, which has been providing more than 1,000 meals per day since September.

Liz Clegg has been volunteering in Calais for seven months. She started out distributing supplies from the back of her truck, but soon realized there was no place for women and children where they can feel safe and taken care of.

“Most boys are deeply traumatized from the journey,” Liz says. “Walking for days, beaten by the traffickers, drugged, usually left without food for a long time.” Liz points at two of the boys, who are sharing an Afghan paratha bread between themselves. “This is months down the road of steady food. In the beginning we could not put a piece of food on the table without a massive fight kicking off between the boys. Now they are more relaxed, because the food keeps coming.” 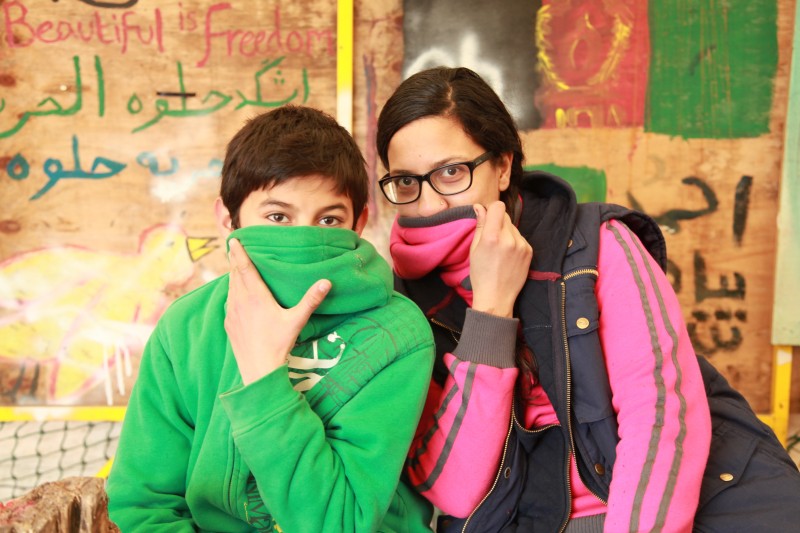 An estimated 200-500 minors are believed to be living in the camp in Calais. Photo: Brindusa Nastasa. Used with permission.

Both the French and UK authorities know about the increasing numbers of neglected and undernourished children in the camps. Organisations such as the UNHCR and Save the Children have expressed concern about the situation, but they have not come to the camps to confirm numbers or give support, volunteers say. It is all left to a bunch of “hippies”—as the volunteers call themselves—with no formal training or qualifications for the job. 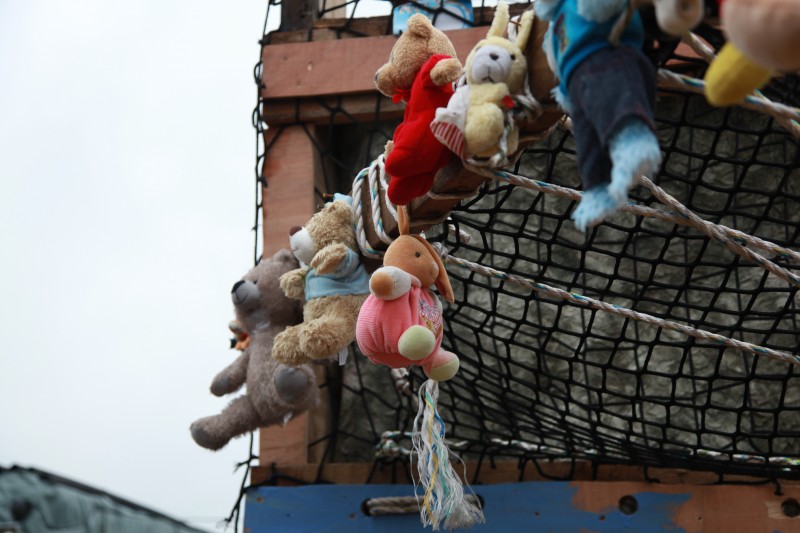 The prefect of the Pas-de-Calais region publicly announced the eviction on February 12 on France24, but the UNHCR still does not seem to know about it. Head of Legal and Protection at UNHCR UK, Leonard Zulu, who visited the camp just a few days before to assess the security situation, said he has no information on the demolition of any structures.

Meanwhile, the situation seems to get worse. There are reports of more and more teargas use, police brutality and attacks against migrants, including minors. Although under a clause in the EU’s Dublin Regulation, refugees who have close family members in an EU country have a full legal claim for asylum there, large numbers of children remain alone in the jungle.

More must be done to protect children in #Calais and #Dunkirk | https://t.co/QQOpep8GI6 pic.twitter.com/CndXcHRUXC

Bureaucratic failings mean that despite the existence of provisions in the EU regulations for minors to be transferred safely and legally, in practice the journey can be virtually impossible. At the beginning of 2016 a 15-year old Afghan boy died in a refrigerated lorry, even though his sister lives in the UK.

13yrs old, living alone in #CalaisJungle. Youth centre and the schools 2 be bulldozed next week. What will he do? pic.twitter.com/jjCRQftZz0

Leonard Zulu suggests that the best way is for the children to apply for asylum in France, then inform the authorities that they have family in the UK—the mechanism that is provided under the Dublin regulation. But most children do not understand what “asylum procedure” means. The only thing they know is what they have been told: find their way to their relatives in the UK.

Zulu admits that there is much to be done regarding information access and dissemination. He hopes that with a permanent presence in the camp, the UNHCR will be able to help with disseminating information, including to children. This also includes information on medical issues. Liz Clegg, for instance, has to help a child who shows her a transparent plastic bag with different pills. He severely injured his knee but does not understand which medicines he has to take. 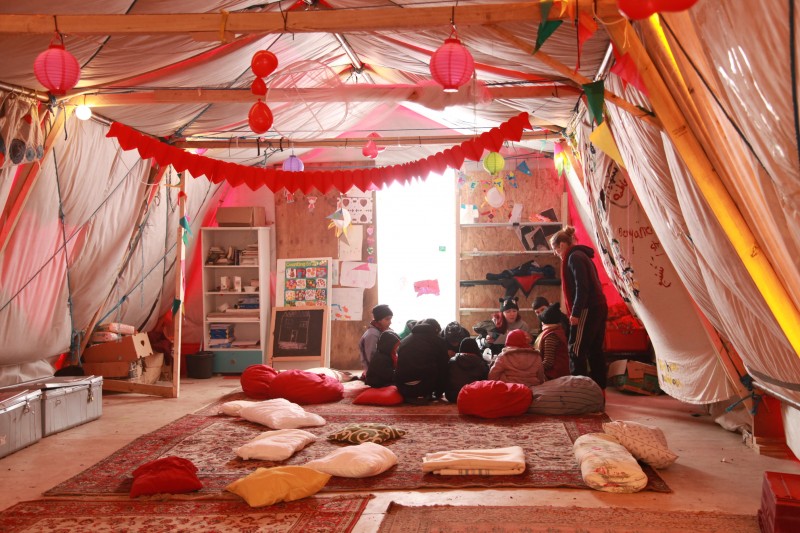 After breakfast, the boys go back to the Centre, where “Children Day” is about to start, as happens every Sunday. The tent is decorated with heart-shaped balloons. Volunteers explain how to make Valentine’s Day cards with cardboard, glitter and glue. For a while it is quiet and everyone focuses on writing a note for the ones they love: Mothers, fathers and brothers, thousands of kilometres away or in some cases, dead. Some write a card for Liz, who has become a mother figure for many of them, the only person who has showed them love on their journey. For her it is a very difficult role.

“It’s inevitable, but I am sad about it,” she says. “This has been going on for so long that we are forming attachments. On one level it is wonderful, that they have somebody they can be attached to so that when they do get back to being little boys that miss their mums, they got somebody. But on another level it’s terrible, because it will end. Next week it is going to finish. And then what?”

For more information on the Women and Children's Centre see their official Facebook page and their online petition against the eviction. This article was researched and written by Annabella Stieren and Brindusa Nastasa, who are currently following the routes of refugee children through Europe. Their multimedia project is supported by the Reporters in the Field fellowship.