Dear Karachi City Officials, ‘Fix It’. (Or Else.) 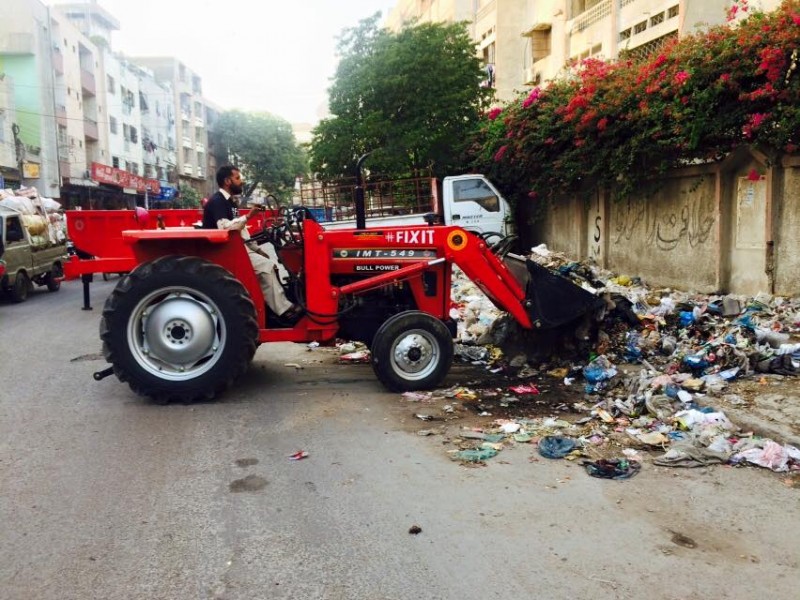 Alamgir Khan launched the “Fix It” campaign in Pakistan by spray-painting the chief minister's face on open manholes outside Karachi University. Beside his creations, Khan wrote the words, “Fix it!”

The Fix It campaign has resonated deeply with young people in Karachi, but the city's response hasn't been thorough enough for many. As a result, Khan is kicking off the campaign's second phase, where ordinary citizens work together to clean and repair the city's roads. Many citizens have signed ultimatums addressed to the city demanding renovations to shoddy roads, open manholes, and generally dirty streets. If officials fail to mend Karachi's roadways, the public is threatening to do the work itself.

The public shaming efforts are having some effect on officials, many of whom are suddenly scrambling to address problems that have plagued the city for years.

When Khan first launched Fix It campaign, he addressed the chief minister and the people of Karachi in a video on Facebook:

My name is Alamgir Khan, I am a resident of Karachi and being a Pakistani is my only identity. I am standing outside University Road, at this point at night with Karachi University on my right. I am an ordinary citizen of this city. An ordinary citizen has to face a plethora of problems, from getting to work, to reporting a crime in the police stations. An ordinary citizen is shoved around without his/her basic rights being protected. Water, education, health, and a sewage system—all these basic, everyday needs are denied to the citizens of Karachi. I am the youth of Karachi and I will no longer remain silent like most. I will protest and I will take back my rights. This is a campaign against a broken system that doesn't care for its citizens. I'll make sure the face of the chief minister and other relevant authorities is painted on every street, road, or wall where citizens are facing issues. I want to make it clear: I am not scared because ideas are bulletproof.

So what happens if the government doesn't respond to the Fix It ultimatums? Some activists are prepared to begin the repairs on their own, while others are contributing by donating money to the effort. In Nazimabad, activists aided by a tractor worked to clear out the streets.

In some areas, the city's garbage trucks have started to appear: 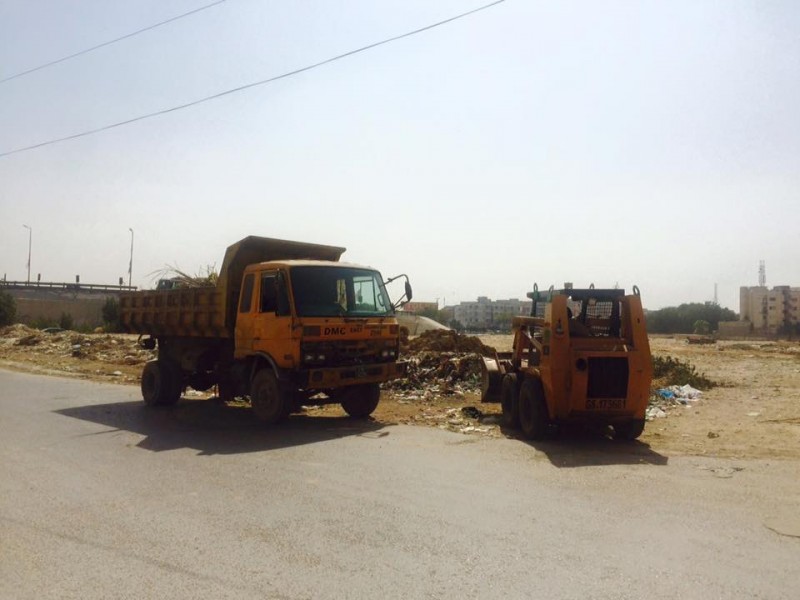 Photo of street in Gulshan-e-Iqbal being cleaned by local authorities. Photo: #FIXIT / Facebook.

Street children have joined in the protests, too, wearing masks bearing the face of the chief minister. 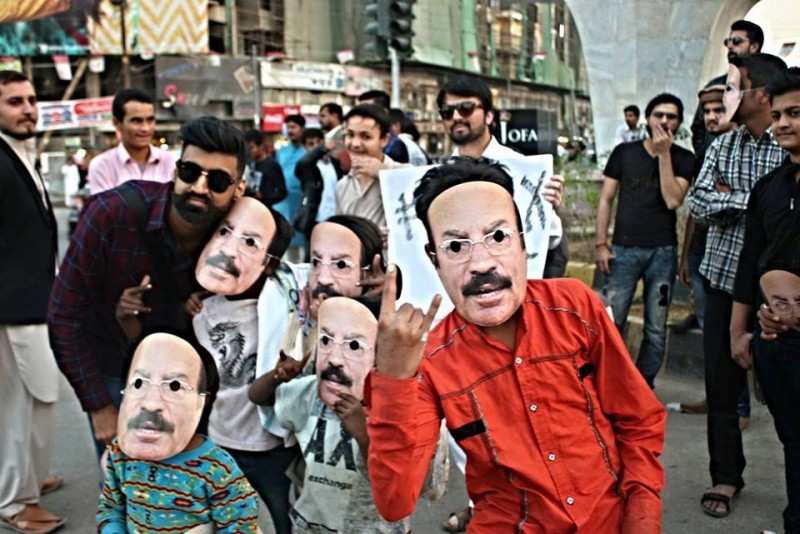 Underneath the photo is a clarification from the campaigners:

Our war is against “those who are responsible”—not any one political leader. If they do their jobs, we will write a thank you note for them. But if they don't, we will expose them.

Citizens who have joined in the campaign say they want everyone to know they will no longer be taken for granted. In a video on his Facebook page, Khan announced a volunteer drive that would enable the campaign to continue its work across the city.

I am not only referring to the cheif minister as sleeping beauty, but also the citizens…if the government is not interested in helping people, citizens should step up. We are launching a call for volunteers, so we can all join in to help our citizens whenever needed.