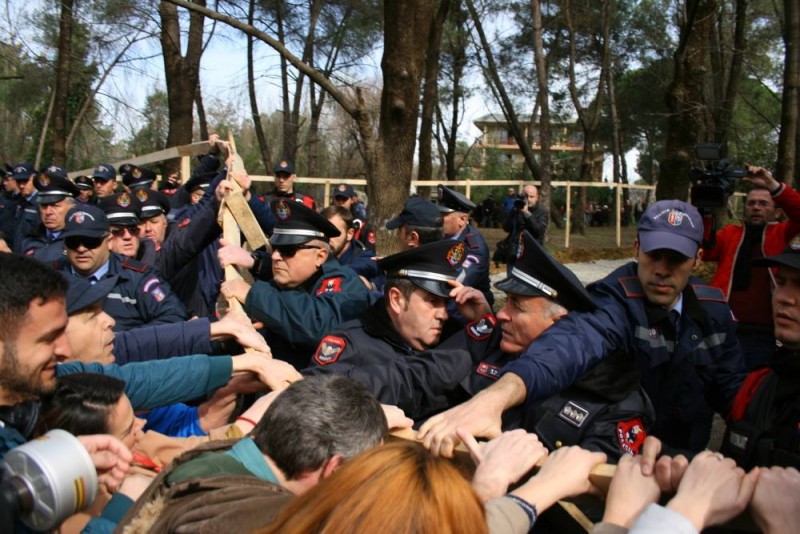 Around a hundred civil society activists gathered on February 21 to protest against a plan by the municipality of Tirana to destroy the only significant green space remaining in the capital of Albania, which was once protected by law.

Police used violence to disperse the demonstration and arrested 12 activists.

Citizens for the Park (Qytetarët Për Parkun) were opposing plans to replace the city's only park with a “concrete” Children's Corner.

The Mayor of Tirana, Erion Veliaj, and the Vice-Prime Minister Niko Peleshi have argued that Tirana's chaotic development has resulted in the need for the so-called corner, as children are increasingly stripped of places to play. 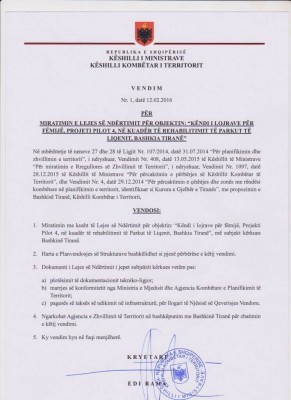 The Prime Minister's decision to change the protected status of Tirana Lake Park.

Activists were particularly enraged by Prime Minister Edi Rama's decision to revoke the protected status of the park, four days after the start of construction works on the corner, without a public consultation.

Activists argue that greenbelt should not be sacrificed as a result of the municipality's failure to provide public services for the city population.

The organisers avoided publicly announcing the protest in order that opposition political parties would not hijack the event.

This had happened at a prior protest, when demonstrators had dismantled fences around the planed construction site on Tirana Lake Park.

Despite all evidence to the contrary, the ruling Socialist Party (SP) had portrayed the event as the handiwork of the opposition Democratic Party (DP).

When it comes to transparency, it was only after the protests that the mayor of Tirana Erion Veliaj started a hectic campaign of information on the Tirana lake's park projects.

The tender to revamp part of Tirana Lake Park was conducted without a transparent competition, further decreasing trust in state institutions, which research shows is already among the lowest in Europe.

The failure of urban planning in Albania's capital of nearly a million people is widely attributed to corruption at local and national levels of government. 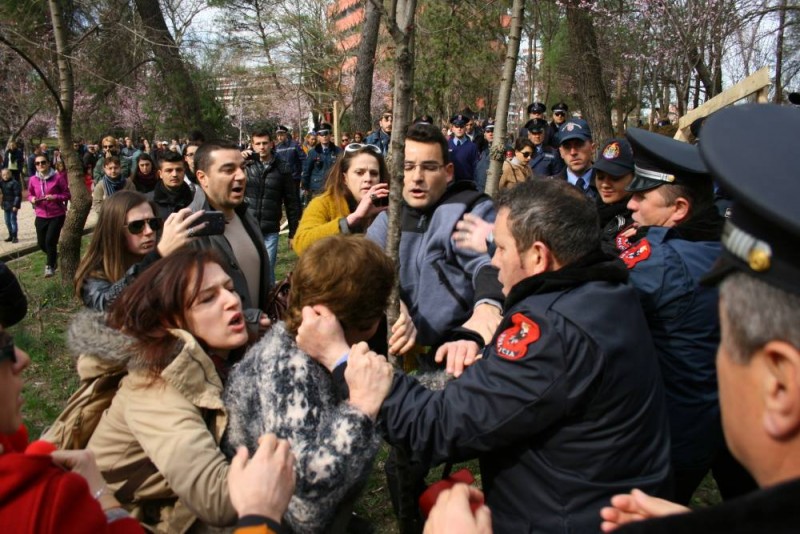 On Sunday February 21, civil society activists tried to bring down the fences around the construction site on the park.

One police officer was filmed hitting a protester. Minister of Interior Sajmir Tahiri immediately ordered the officer's suspension. Among other police related incidents counts the retrieval of a reporter's camera  that was filming live.

Among the police present were officers from the special unit Shqiponjat, which usually deals with serious criminal activity. Civil society activists considered their presence offensive.

Here a video of events as filmed from one of the activists: https://www.youtube.com/watch?v=4uJFQppaEI0 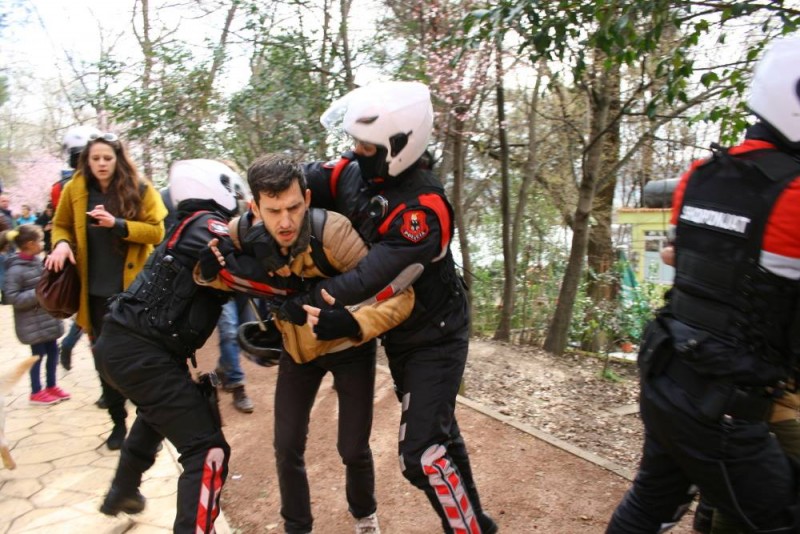 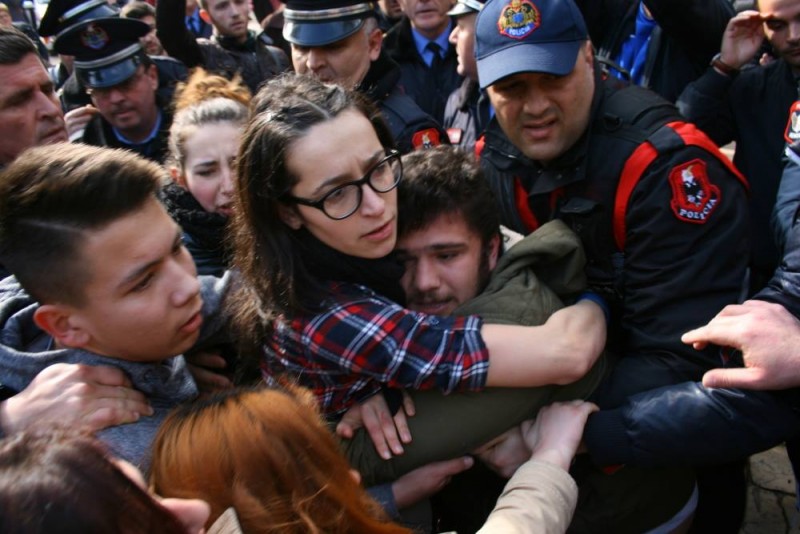 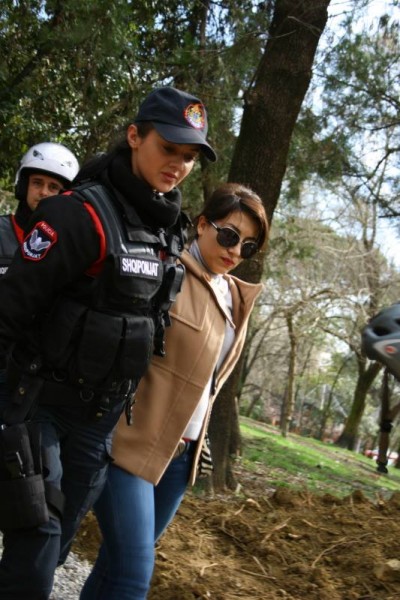 Activists both on the ground and on social networks expressed anger after one of the police officers threatened them with the words: “There will be blood!”

After the arrests of 12 civil society activists there was a follow-up of the protest, initially in front of the Tirana City Hall, where some protesters deposited the fences they had taken from the park.

The demonstration then migrated towards the police station where protesters were still being questioned by police.

Video evidence and testimonies circulated via social media appear to support the protesters’ claims of violence during the arrests.

The city of Tirana provides less green space per citizen than the vast majority of cities in Europe.