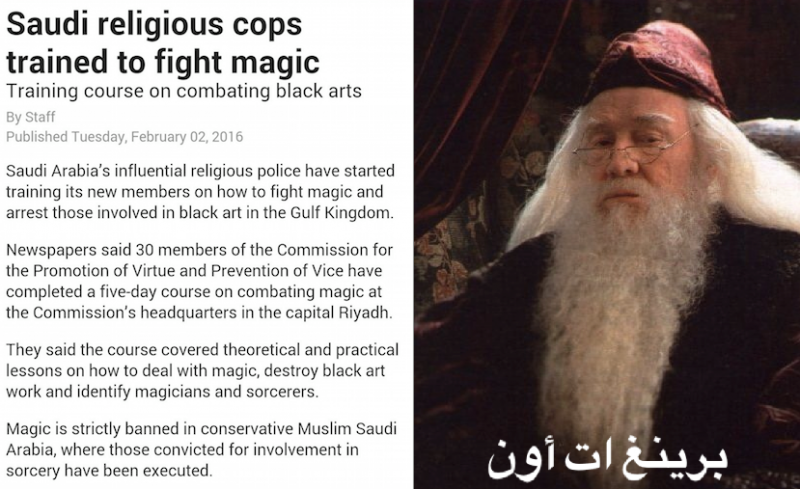 Saudi Arabia's notorious religious police intend to give Professor Albus Dumbledore, the headmaster of Hogwarts, a run for his money. Thirty members of the Commission for the Protection of Virtue and Prevention of Vice have just completed a five-day course which will enable to them to fight black magic, identify sorcerers and even break their spells.

Needless to say, practicing magic is strictly prohibited in the deeply conservative kingdom, where those convicted of witchcraft and sorcery are executed.

But Hassan Cha says training the religious police is a “twisted version of Harry Potter”:

Harry Potter aside, it seems that such training programmes have been ongoing for a while. One user on Facebook shares a post from 2013 for a similar workshop. In fact, combating sorcery is one of five main areas religious police should focus on in doing their work. The other four are: “preserving Islam, preventing blackmail, fighting human trafficking, and ensuring that no one disobeys the country’s rulers.”