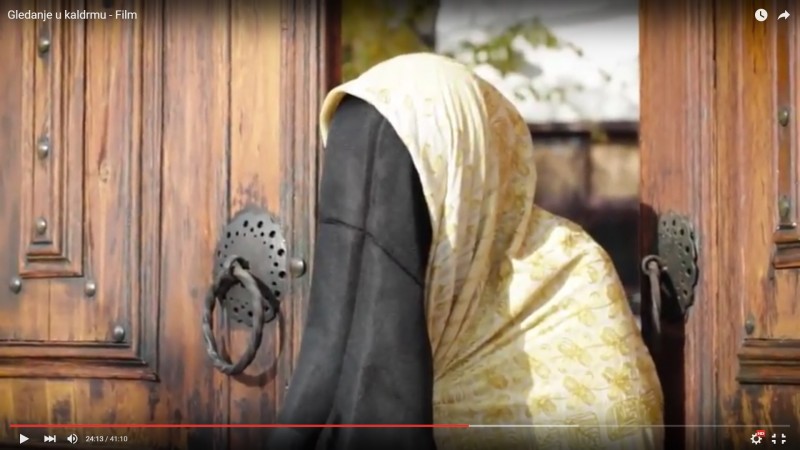 A frame from the Youtube version of the film “Looking at the Cobblestones.”

A Serbian NGO has published online [2] the entire documentary film “Looking at the Cobblestones” about the impact of a 1951 law forbidding the covering of women's faces with Muslim veils (niqāb [3]) in the then-People's Republic of Serbia.

The film published by the Novi Pazar [4] NGO Academic Initiative Forum 10 features interviews with senior citizens who witnessed the law's implementation, and who talk about the hard life in the Sandžak region [5] right after the devastation following World War II.

According to the film's authors:

The law was adopted with the explanation “..to achieve the goal of removing the century-old sign of subjugation and backwardness of of Muslim women, and to enable Muslim women to fully use the rights won during the Struggle for Liberation of the People and the Socialist renewal of the country, and to enable equal rights and participation in the social, cultural and economic life.”

The Yugoslav [6] authorities’ actions mirrored Atatürk's Reforms [7] in Turkey, which were epitomised by the Law Relating to Prohibited Garments passed in 1934.

Prior to official state action in Yugoslavia, Muslim members of the Women's Antifascist Front had prepared the ground with grassroots manifestations of public uncoverings of their own faces.

The earliest such events took place in Kosovo in 1947. Possibly through coordination at federal level, the constituent republics adopted anti-veil laws around the same time — Bosnia in September 1950, Serbia and Macedonia [8] in January 1951.

While the Communist Party encouraged atheism among its members, the elite of Yugoslav society, the state guaranteed freedom of religion to all other citizens.

In an essay about the law against the veil [9], Prof. Fikret Karčić [10] explained that the campaign against the veil was based on the notion that the covering of women is not grounded in religion, but in customs that go beyond religious norms.

The state-endorsed message was that rejecting traditional attire does not make one less Muslim.

The post-war Yugoslav Communist government brought about legal changes elevating the status of women, including the right to vote, work and hold property, while adopting a pro-choice [11] stance towards abortion.

Instead, patriarchy simply came from a different source — the state — which threatened non-conforming women with heavy fines.

Forced uncovering was deeply disturbing to some women.

Mr Asim Nikšić, who was a child in 1951, explains that as a way to cope with the trauma his widowed mother simply stayed indoors for eight months.

The title of the film “Looking at the Cobblestones” is an idiom meaning “hanging your head in shame,” describing how some women felt overexposed when outside of their homes.

Before the filming, Academic Initiative Forum 10 director Fahrudin Kladničanin explained [15] that the project is based on archive research and testimonies [16], and the intent of the NGO is to offer “a new reading” of forgotten historical events and engage the public in discussion by giving a voice to the women and others who were directly affected. 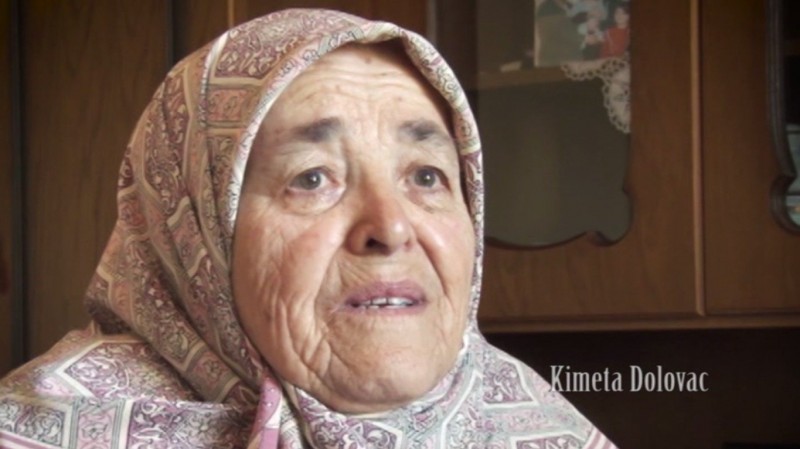 Ms Kimeta Dolovac. Frame from the film “Looking at the Cobblestones.”