How Lima Lost the Booksellers of Quilca Street 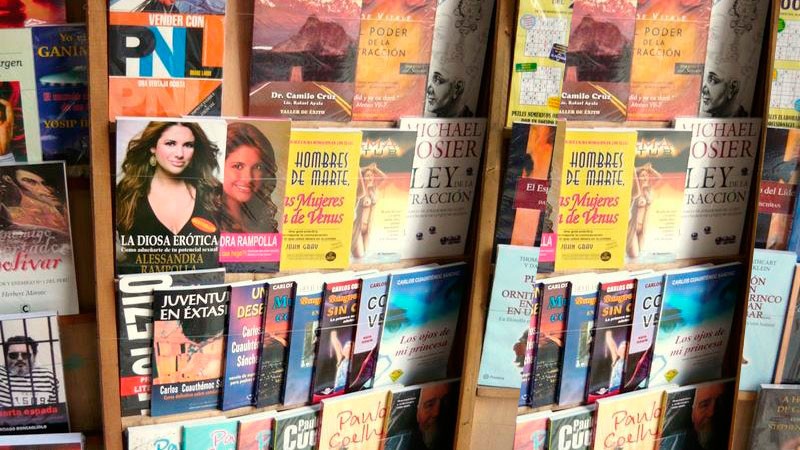 In Lima's historical center, the booksellers of “Boulevard de la Cultura Quilca” have operated for almost two decades, but since 2008 they have lived under the threat of eviction. On the morning of January 14, it finally became more than a mere threat, when police arrived en masse to boot out some 60 booksellers, some of whom protested, though the confrontation didn't escalate beyond that.

Before law enforcement moved in, the booksellers had occupied the space since 1997, when the Municipality of Lima relocated them from the city streets to this area, (previously a car park that belonged to the city's archdiocese). In 2008, the archdiocese decided not to renew its contract with the booksellers and commenced legal proceedings to evict them.

Despite drawn-out negotiations about Boulevard de la Cultura Quilca, no agreement was reached.

Eviction of booksellers at 265 Quilca street. Police stand guard over the area.

And so was the end of Quilca and its booksellers. The door of the Boulevard is closed, entrance no longer allowed. All over.

By order of the archdiocese, the booksellers of Quilca were evicted. Shame. Hope this can be avoided on Amazonas street.

While the street isn't the only place where books were sold in the area (there are various second-hand bookshops and similar stores just around the corner, on Camaná street), the closures at Quilca are sure to reduce significantly the selection of books available in central Lima.

Paulo César Peña explained on the news website La Mula that unlike “traditional bookshops […] which play to the tune of the editorial market,” in places such as Quilca Street, one was more likely to find rare back catalogue titles. He added that the dynamics of the trade were also different:

As a book lover, I can say that in Quilca one can find certain bookstores, certain booksellers, with which to establish a solid empathy in terms of shared interests or tastes. Consistency brings trust. You become a regular and, who knows, with time perhaps even a friend. This results in far more generous discounts or the possibility of keeping a book for a while even if you can't yet afford to buy it outright, until funds are there to allow you to buy it without problems.

Although many criticize the archdiocese, and, by extension, the Catholic Church, for a lack of interest in the city's culture, other insist that it has the right to manage its assets as it wishes. According to reports, the archdiocese has plans to construct an underground station, business offices, and apartments on this land.

The church evicts the booksellers of Quilca. Can we believe in God?

Booksellers of Quilca street evicted. The Catholic Church vs. culture.

On the other hand, some highlighted that not everything was “peachy” with the booksellers of Quilca.

The booksellers of Quilca can use the money they have made from selling their overpriced books, even more expensive than in reputed bookshops, to find a new plot [of land].

“We must fight informality in our country!” A tear for the informal booksellers counterfeiters of books of Quilca.

Others protested that the theme had become a quarrel between the political left and the Catholic Church, and also that many were outraged just to be cool or due to ignorance about the other places to buy books in the city.

The caviar left and reds (communists) outraged by the eviction of the booksellers in Quilca dismiss that the rent was due in '97. All this to attack the Catholic Church.

The booksellers of Quilca became gentrified years ago. Go and find your books, don't be lazy…

Nevertheless, all is not lost as the municipalities of two districts in Lima, Rímac and Los Olivos, have proposed relocating the book vendors to their respective jurisdictions. For one of these areas to succeed in their bid would mean opening a new cultural hub in an area where traditionally there has been no presence or sale of books, which would be a great step towards decentralizing Greater Lima's cultural space.

Additional reading about the booksellers of Quilca (all links lead to Spanish language pages):