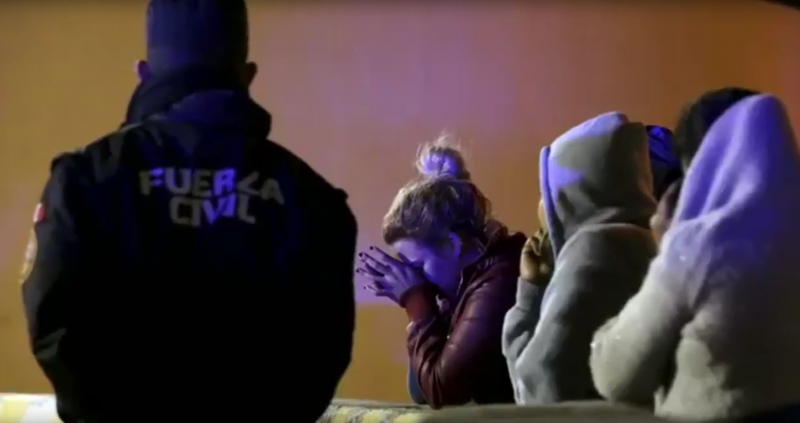 At least 49 inmates died in a fight (or riot, according to some reports) at the Topo Chico correctional facility in Monterrey, Mexico, last week, demonstrating once again the precarious conditions in the nation's prisons.

Topo Chico was built to accommodate 2,600 prisoners, but it was holding roughly 3,800 men when violence broke out on February 11, according to the newspaper La Jornada. In addition to being overcrowded with prisoners, Topo Chico was also reportedly understaffed with guards, many of whom have been implicated in corruption, says La Jornada.

The local newspaper Diario del Pacífico says this situation is nothing new. Last July, it reported that prisons throughout the state were at least 40 percent overcrowded, according to an investigation by Nuevo León's governor elect, Jaime Rodríguez Calderón. Many of those prisoners, moreover, were convicted by federal courts. At three prisons in Nuevo León (Apodaca, Topo Chico, and Cadereyta), 1,600 of the 8,120 prisoner population were said to be incarcerated under federal authority.

At Topo Chico, nonviolent and violent offenders were housed in the same general population. The prisoner population included members of the drug cartel Los Zetas, which has been accused of multiple homicides, kidnappings, and drug trafficking, among other crimes. Mexico's judicial system favors “preventive detention,” which allows suspects to be imprisoned for the duration of their trials, meaning that not all the inmates at Topo Chico were convicted felons.

Last year, Jaime “El Bronco” Rodríguez was elected governor of the state of Nuevo León, winning as Mexico's first gubernatorial candidate to run as an independent. When he first commented on the killings at Topo Chico last week, he denied claims that some prisoners had tried to escape, and he also said no firearms were involved in the bloodshed. Later on, he made statements contradicting these remarks.

Unsurprisingly, the fatal events caught the attention of Mexico's Internet users, who commented on the failure of the country's prison system:

#TopoChico is a tragedy caused by all the governing parties. They have allowed corruption and impunity for years.

Twitter user E Páramo argued that the killed prisoners deserve to be mourned no less than the disappeared Ayotzinapa students:

The 49 in #TopoChico are worth no less (nor more) than the 43 in Ayotzinapa. #PresumptionOfInnocence

The human rights group Argentine Forensic Anthropology Team published the results of its scientific investigation, conducted using the evidence they were able to view from the Ayotzinapa case.

The multidisciplinary examination of the biological and nonbiological evidence recovered from the Cocula Dump, and the additional information gathered, does not support the hypothesis that there was a fire of the required magnitude for the stated duration on the early morning of the September 27, 2014, that could have led to the mass incineration of the 43 missing students.

The group's findings contradict the “historic truth” offered by Mexican authorities, who claim that state agents abducted and killed the students, then incinerating their bodies in a large bonfire at the Cocula Dump. The report dealt another blow to the credibility of the Mexican justice system, as the country hosted Pope Francis and politicians did their best to focus on other issues, “sweeping under the rug” such unpleasant matters.