This Writer and Activist Wants to Rescue the West's Knowledge of Russia, One Translation at a Time 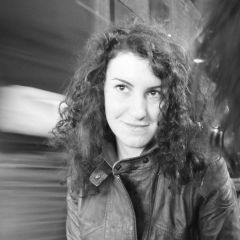 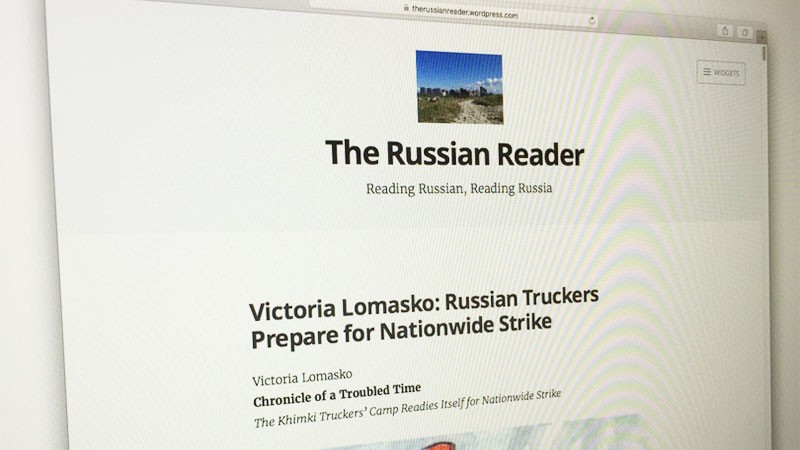 Not all stories make it to news headlines, and many remain hidden behind language barriers. St. Petersburg-based writer and activist Thomas Campbell does his part to bridge that gap through his blog “The Russian Reader.” Last week, Campbell visited New York University, where he described the experience of running his website and monitoring the Russian blogosphere.

When Campbell first started The Russian Reader, he focused on art and underground culture in St. Petersburg. But over the years the blog became more and more politicized. Campbell names the Bolotnaya Square rallies in late 2011 and their aftermath as the pivotal moment in his work's transformation. He got especially engrossed in the case of Aleksey Gaskarov, who, Campbell says, was targeted specifically for being affiliated with the leftist activist movement. (In 2014, Gaskarov was convicted of inciting mass riots and sentenced to 3.5 years in a penal colony.)

Even though The Russian Reader has been providing political commentary on activism, grassroots movements, and political debates inside Russia since 2012, Campbell only recently formulated a mission statement. He aims to “give people a glimpse into a Russian society that is smart, brave, independently minded, strong, and willing to get a few lumps on the head (or worse) to build a country that is democratic, egalitarian, LGBTQI-friendly, vigorously environmentalist, progressively urbanist, anti-xenophobic, pro-immigrant, and any number of other good things.” It's this side of Russia, Campbell says, that's often missing in the Western media's typically one-dimensional depiction of Russia.

The Russia Reader consists mostly of translations of texts originally written in Russian. Campbell selects stories he thinks are either poorly represented in the Western media, or not covered at all. Some of these stories are simply too small for the mainstream media (both Russia's and the West's), but Campbell insists that even news on this scale is integral to Russia's contemporary history. Some of these “small” stories include the case of Valery Brinikh, who was convicted of incitement for writing a piece called “The Silence of the Lamb” about the difficulties of convincing people to protest, and the story of Oleg Shevkun, the blind editor of the VOS radio, who was fired for expressing on air his disapproval of Russia's actions in Crimea.

Campbell also translates opinion pieces, which he says shed light on the vigorous debates now underway inside Russia, though they are largely unknown in the West. For instance, he has translated a series of texts by Ivan Ovsyannikov, discussing leftism and nationalism, as well as an article on self-censorship by Victoria Lomasko. Considering the volume of work (The Russian Reader featured 220 posts in 2015), Campbell rarely asks authors for permission to translate, often lifting their texts from social networks. He says he wants to build a core of such “involuntary op-ed writers” and rely on them for eloquent commentary.

Campbell’s work is primarily editorial. He tells a story less through his own writing, than by carefully arranging already available information. In so-called “collage pieces,” he captures the zeitgeist by combining articles and op-eds with screenshots of discussions taking place on social networks—like a post about a kindergarten that celebrated Militia Day by staging ISIS-style photos of children with weapons.

Campbell also assembles collections of texts on particular subjects. His dossier on “pollocracy” (poll-ocracy, as in sociological studies) and the use of surveys as a propaganda tool aims to debunk the idea of Russians’ universal support for the current government. He's also translated a collection of articles about migrant workers, trying to humanize the people customarily treated with great hostility in Russia. And there is a series of texts about the grassroots urban preservation movement in St. Petersburg, where activists discuss issues that often lead them to become political protesters.

Campbell says he's tried to grow his blog by engaging other translators, but he says he discovered an “ideological gap” with “young kids who want plurality of opinion.” Campbell doesn’t hide his leftist bias and refuses to give a platform to the writers he considers nationalist, like journalist Yulia Latynina and anti-corruption activist Alexey Navalny. Here, the editorial choices outweigh the zeitgeist.