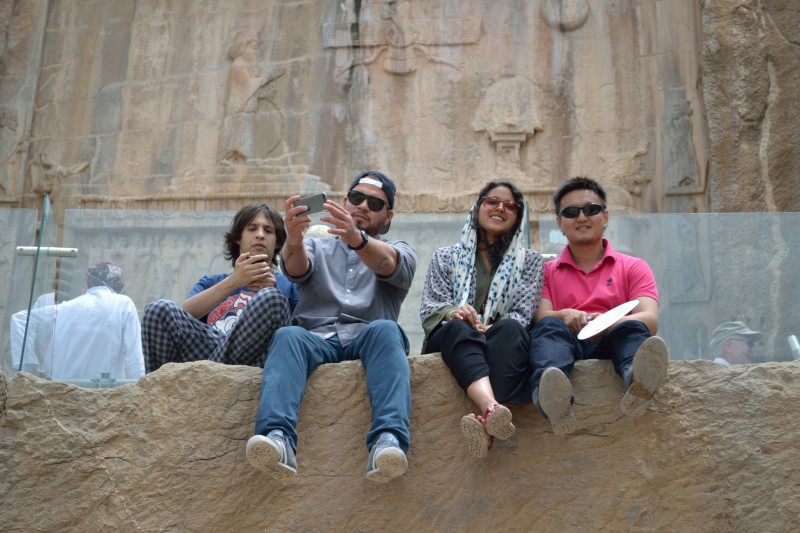 Sara Masry, second from right, with her classmates at Takht-e Jamshid (Persepolis), outside Shiraz. Photo used with permission.

In early January 2016, shortly after Iranian protesters attacked the Saudi Embassy in Tehran and the Consulate in Mashhad over the execution of Shia cleric Sheikh Nimr Al-Nimr, Saudi Arabia cut all diplomatic ties with Iran and issued a travel ban.

This diplomatic crisis meant the end of the blog “Saudi in Iran,” which Sara Masry, a Saudi citizen, launched in May 2015, after living for seven months in Iran while pursuing a degree in Iranian Studies at the University of Tehran. 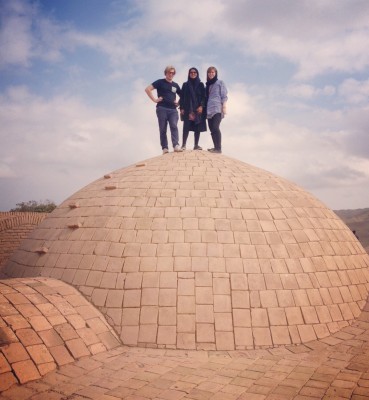 “I can't write ‘Saudi in Iran’ anymore, if I'm not actually in Iran,” Masry told Global Voices. She added, “I'm working hard to find an exemption or a way back, however, because I feel it's really important to continue this.”

On her blog, Masry wrote intensively about her encounters with Iranians, which eroded their many stereotypes about Arabs. “I realized that as much as I was enjoying my stay and learning so many new things, it ended with me, and I wasn't really putting all these experiences and knowledge to use. I wanted to spread the message further and use my experience to try to break cultural barriers and stereotypes, and show another side to the country to people in my region,” she says. Masry lived in Iran for about a year and four months.

Despite all the stereotypes about Arabs in Iran today, Masry says in her final blog post that she never experienced any discrimination firsthand while in Tehran. A Saudi woman, she says she “was met with overwhelming kindness and warmth.”

Masry told Global Voices that the stereotypes about Arabs in Iran are mostly false:

Let's say current among some Iranians, where hatreds and prejudices towards Arabs have been internalised; in my opinion the roots of these can be found in both historical as well as modern-day phenomena and are exacerbated by political and national tensions. 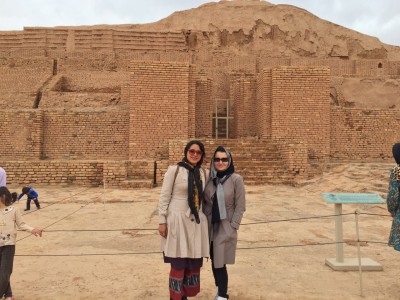 A lot of extremely nationalistic and patriotic Iranians for example champion harsh anti-Arab rhetoric, which is unfortunate but you find similar views and trends all over the world between peoples that have shared a tumultuous history, in this case including a historical colonial invasion and a more recent war (Iran-Iraq). It's not surprising that such mindsets exist, however if I'm to take my time in Iran (as well as my interaction with Iranians globally) to mean anything, it has showed me that those views in no way represent the majority. So I would say false, sorry for the long answer!

Masry says she is cautious when discussing political tensions between Saudi Arabia and Iran.

I think this has been a long time coming, tensions between the two states have been rising exponentially over the years, and it's kind of like a bubble that had to burst. However I really hope, as some have suggested, that this is the end rather than the beginning to the conflict, as sometimes things must hit rock bottom before improving.

What is happening now is deeply damaging to the region in general as well as its people; bigotry and extreme nationalism are at an all-time high. With each government blaming the other, a large segment of the population inevitably follows and this more often than not turns into racism or chauvinism against the entire counterpart population.

We desperately need to be going in the other direction and lowering the temperature during this tense time for the region. 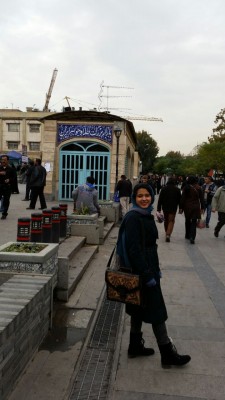 I think Iran appealed to me this much for the same reason it appeals to many Europeans and Western travellers: in the Arab world we have the same lack of knowledge or understanding of the socio-cultural atmosphere there, what everyday life might look like in Iran, and really just what to expect if one were to go there. Combine that with the fact that there do exist some similarities with Arab culture and language, and we have a shared history to an extent, but at the same time Iran is highly unique in terms of its culture, traditions, lifestyle and many other aspects; I was very intrigued to find out more about the country and wasn't content with just reading and posing endless questions to Iranian friends.

It's very different to life in Saudi Arabia; Tehran is more cosmopolitan than most cities in Saudi, and everyday things like how you get around town, what you do for fun or recreation, are very different, and I don't think you can really compare the two. Inside the home though, especially among traditional families, you get the same sense of ceremony, tradition and hospitality that you may find in a Saudi home. Also, there are abundant similarities between the younger and more secular generations in both countries, to an extent that sometimes hanging out at a friend's place in Tehran felt interchangeable with similar hang-outs I would have in Jeddah.

Asked to summarize the Iranian people in three words, Masry says, “jovial, lively, and humorous.” The three dishes she craves most since leaving are ghorme sabzi, khoreshte fesenjoon, and khoreshte ghayme (particularly her neighbor's batch).

Masry says she's still trying to decide what to do next, now that she's back in Saudi Arabia. She says she hopes to continue her efforts to promote intercultural understanding and tolerance, “whatever form that may take.” She's planning to launch an organization with an Iranian partner called Peace Through Arab-Iranian Cultural Understanding. The group hopes to have a website up and running soon.