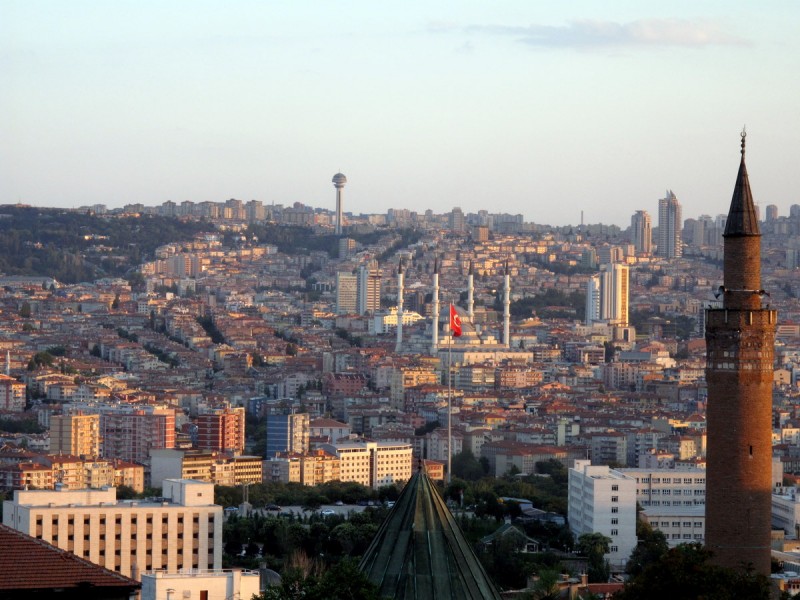 A bomb blast, believed to have originated from a car bomb, has killed at least 28 people and injured scores in what appears to be a targeted attack on vehicles carrying Turkish military personnel.

The explosion comes amid an intensification of fighting between Turkey's army and the militant Kurdistan Workers Party (PKK) that has seen the government conduct regular and sweeping raids on Kurdish-populated areas in the country's east.

The city's governor confirmed the casualties from the blast that went off a short walk from the Turkish parliament.

The government has not yet apportioned blame for the attack.

From where I'm at in Kızılay, I can see a tower of smoke billowing into the sky #Ankara [2]

This is the second major blast that Ankara, the country's second largest city, has experienced in recent times.

In October 2015 over a hundred died after two bombs went off [7] at a rally held to protest fresh violence between Turkey and the PKK.

The government suggested the ISIS militant group in control of vast swathes of Iraq and Syria was responsible for the purported suicide attack.

Earlier this year, the historic district of Sultanahmet in Istanbul was struck by suicide bombers the government also linked to ISIS. A total of 12 people died in the attack.

With bombings a disturbingly regular occurrence in Turkey since hostilities with PKK recommenced and Ankara waded into the conflict in Syria and Iraq last year, many Turks were bracing for more bad news on the night of February 17.

All security personnel put on high alert in #Ankara [2] as intelligence warns of new wave of blasts, media now reports