Mexicans Unanimously Welcomed Pope Francis This Weekend. Or Did They? 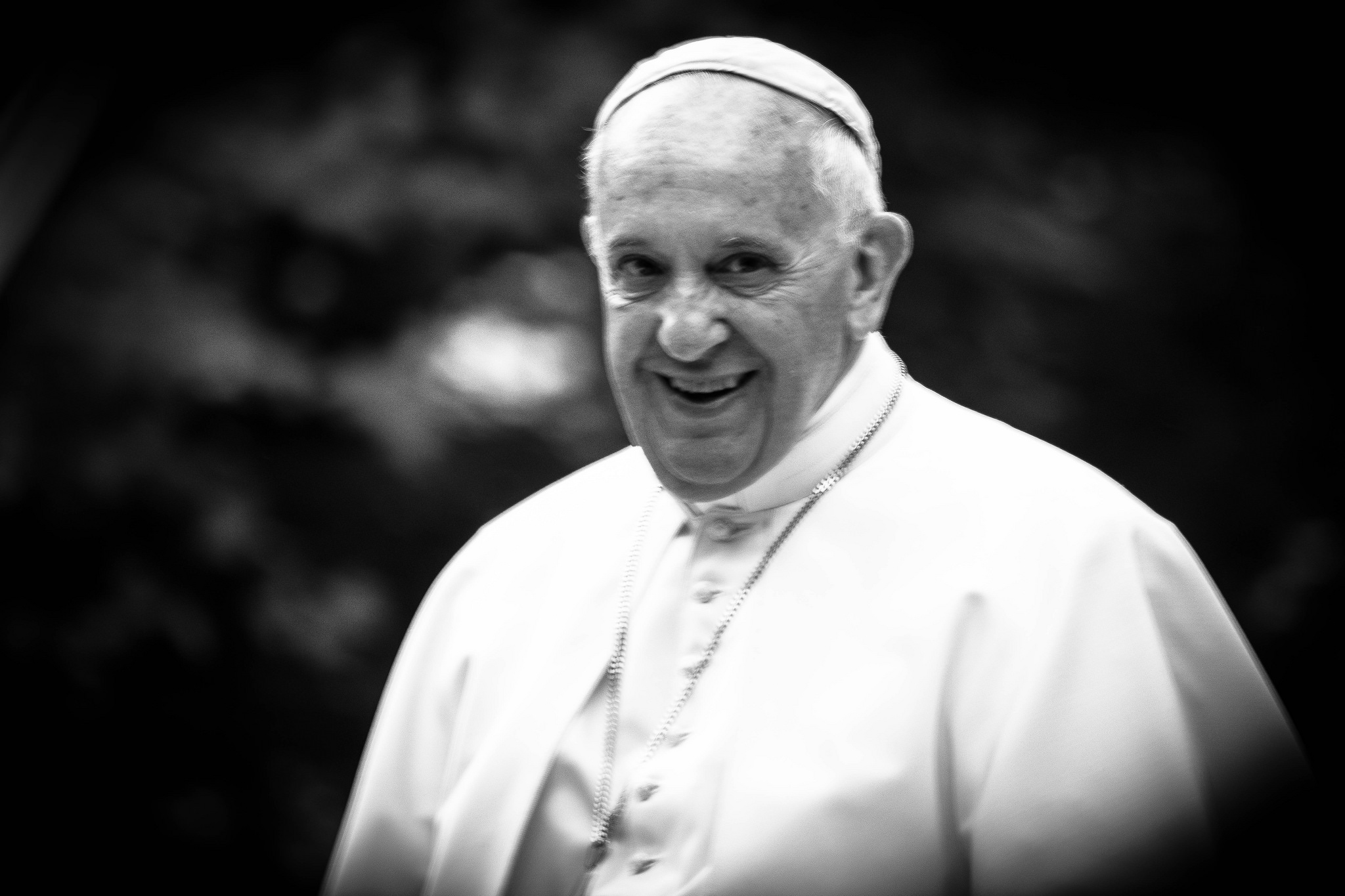 Millions of Mexicans were anxious to catch a glimpse of Pope Francis this weekend, during the pontiff's long-awaited visit. Not everyone is rolling out the red carpet, however, with many people criticizing the state's extravagant preparations ahead of Pope Francis’ arrival.

A year ago, tensions flared between the Mexican government and the Vatican, following controversial remarks by the pope about the apparent need to avoid the “Mexicanization” of Argentina (Francis’ homeland). His comments addressed the growing influence of Mexico's drug cartels, which have reportedly begun expanding their activities into Argentina.

Pope Francis’ concerns about “Mexicanization” appeared in a private email to a friend (an Argentinian lawmaker), “who is very involved in the battle against drugs and who had himself used this phrase,” a spokesperson for the Vatican later explained.

This diplomatic frictions appears to be water under the bridge now, given the pope's warm reception in Mexico this week, not to mention the generous state resources poured into “optimizing venues” for his visit. Areas that received facelifts include Ecatepec (a low income area on the outskirts of Mexico City) and Juarez City (which is on the US border). 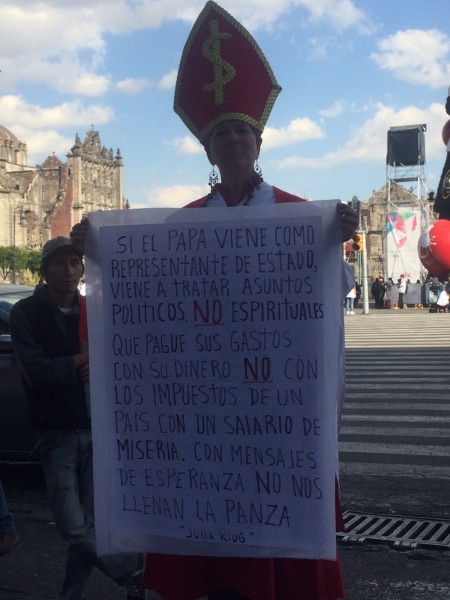 “If the pope comes as a state representative, he comes to deal with political issues, not spiritual ones. If this is the case, he should pay his own costs and not use the tax money of a country whose people earn such miserable wages. Messages of hope don't fill our belly.” Protest of the pope's visit to Mexico by Jorge Mario Bergoglio. Photo by TRC.

According to government data, 89 percent of Mexicans identify as Catholic, though experts like anthropologist Elio Masferrer Kan have debated these figures, accusing the state of “politically manipulating” the numbers in order to exaggerate the country's Catholic population.

Other groups unhappy about the pope's visit (and its steep price tag) include groups tied to the disappeared Ayotzinapa students and others who have supported their cause. Despite a petition campaign, the pontiff has no known plans to meet formally with the students’ families during his visit this week.

The Ayotzinapa victims’ families similarly tried and failed to gain an audience with the pope during his visit to the United States last year. “We yelled at him, we raised our voices, but still he didn't pay us any attention,” one mother said at the time, according to the website SDP News.

In Chiapas, where La Volpe's soccer game was originally scheduled to take place, Victor López wrote on the website Paginaciudadana.com a piece titled “Welcome to Mexico: Between Misery and Riches!” Writing before Francis arrived in Mexico, López lamented the low quality of life enjoyed by most people:

Yet again Chiapas will be the site of a visit from “a representative of God on Earth” […] It's just a few days before the arrival of his Saintliness Pope Francis to the cities of Tuxtla Gutiérrez and San Cristóbal de las Casas—26 years after the visit of John Paul II—and there´s no reason to put on airs [of caring] in this part of Mexico, where human pain is a part of life for the majority of the population on a day to day basis, and is tolerated and even promoted by the baseness of the government authorities at the federal, state, and municipal level.

Others online have mourned the wide scale extermination of street dogs, which Mexican authorities have undertaken, in an effort to improve the appearance of urban centers. Officials have been especially ruthless against the feral animals in Ecatepec:

Thanks to the visit of Pope Francis, they're killing street dogs in Ecatepec @Pontifex@Pontifex_es@eruviel_avila#NoVengas [#Don'tCome]

Of course, they're eliminating street dogs in ECATEPEC, for the visit of Pope Francis.

Using the hashtag #NoVengas [#Don'tCome], other residents of Ecatepec similarly conveyed their unhappiness about the preparations for Francis’ visit.

Thanks to @Pontifex_es, #Ecatepec will be flooded with people for your visit, [and] for 2 days businesses will close and for 3 days there will be no taxi service #Don'tCome

In an opinion piece for the newspaper El Nuevo Herald, journalist and writer Andrés Oppenheimer called on the pope to address the issue of migration between Mexico and the US, in part to respond to outlandish comments by Republican presidential frontrunner Donald Trump. On Twitter, Oppenheimer shared a statistic that would likely flip the wig that Trump insists he doesn't wear: