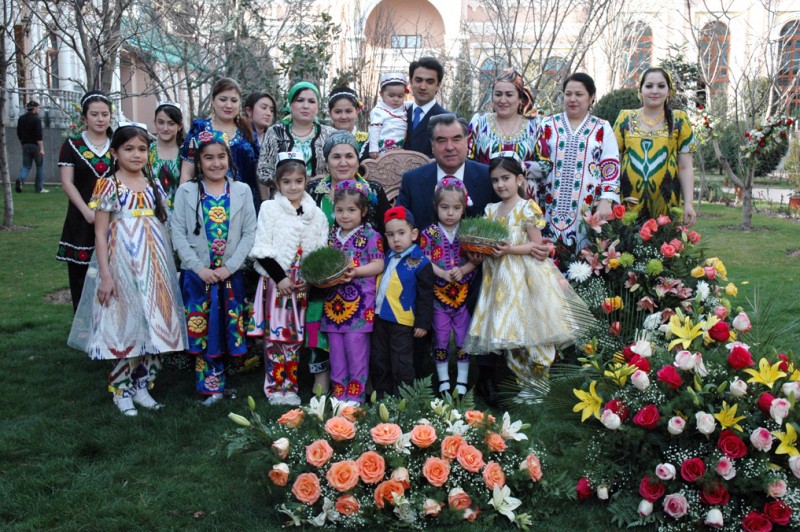 On May 22 Tajikistan will hold a referendum on the Rakhmon family that has ruled it for over two decades against a backdrop of economic dysfunction, pervasive corruption and political repression.

On the day at least, the family is almost certain to get its way.

Tajikistan is the poorest of the 15 countries to emerge from the ruins of the Soviet Union in 1991.

As soon as the country gained independence, it fell into a five-year civil war that saw Emomali Rakhmon and his allies emerge as the country's decisive political force.

Leader of the Nation

Rakhmon, 63, is sometimes likened by citizens in the country to the shah of Iran overthrown in the 1979 Iranian Revolution, due to his intolerance of the religion of Islam followed by over 90% of the country's citizens.

Amendments to the constitution that will be voted on in May include a ban on political parties created on religious grounds, as well as a stipulation that will allow ‘The Founder of Peace and National Unity, Leader of the Nation’ to stand for president an infinite number of times.

Rakhmon's Leader of the Nation title was awarded him by parliament in December.

In speech to the deputies the speaker of the lower chamber MP Shukurjon Zuhurov said [1]:

President Emomali Rakhmon does not need this law, we, the people need it, in order to strengthen the course he has taken, which aims at peace and prosperity. The adopted document is a tribute to the works and merits of this great son of the country. Emomali Rakhmon, the saviour of the nation, united the Tajik people after a thousand years of separation. He has saved and revived the Tajik nation. History heard the nation's pain and gave it a brave, caring, honest, loving and peace-loving leader.

On a practical level the Leader of the Nation status allows Rakhmon and his family immunity from criminal prosecution, and the inviolability of their properties among other things, even after he leaves office.

As one commenter on the Tajik service of RFE/RL commented: [2]

He is preparing himself a parachute.

The way things are going, he might need it.

Tajikistan is currently in dire economic straits, with the Russian ruble crash telling on the health of the most remittent-dependent economy in the world.

As migrants in Russia send home steadily less money, the national somoni currency is under huge pressure, with the government resorting to banning currency exchanges in a bid to artificially secure the its relationship to the dollar.

Perhaps sensing the magnitude of the problems ahead, Rakhmon has clamped down on meaningful sources of opposition to his rule.

The moderate Islamic Renaissance Party of Tajikistan (IRPT) was declared a terrorist group following violence in the country in September and the government has arrested the bulk of its leadership, despite the party protesting its innocence in relation to the armed attacks on government troops in the capital Dushanbe and the provincial town of Vahdat.

The communist party was also booted out of the parliament in disputed elections in March, leaving only sycophants [3] in the national legislature.

As things worsen, Rakhmon is following a Central Asian tradition in appointing members of his family to lofty posts in the government.

In March 2015 he appointed his son Rustam Emomali — previously head of the customs service — to lead the anti-corruption agency, while earlier this year his daughter Ozoda Rahkmon became Rakhmon's de facto chief of staff.

Ozoda Rakhmon's husband Jamoliddin Nuraliev is also a powerful figure in the regime, holding the post of first deputy chairman of the National Bank of Tajikistan.

Tajiks are too frequent witnesses of such nepotism at every level of government to be at all surprised by the new appointments.

With another change in the constitution lowering the presidential age limit from 35 to 30, many are mentally preparing themselves for a dynastic succession.

It is Rustam, who is currently 28, rather than 38-year-old Ozoda, that appears to be the main beneficiary of that change.

The young man is surrounded by dark rumours, such as one widespread in the country that he shot [4] his uncle dead in an argument over a strategic bank in 2008.

For the moment, whether under the leadership of Rustam or Emomali, the Rakhmon family's grip on power looks incontestable — with seven of Rakhmon's other offspring waiting to join Ozoda and Rustam in the halls of power, the clan will have reinforcements as and when they are needed.

Then again, as a deepening economic crisis reverberates through a disaffected and long-suffering population, no-one can say for certain what the future holds.