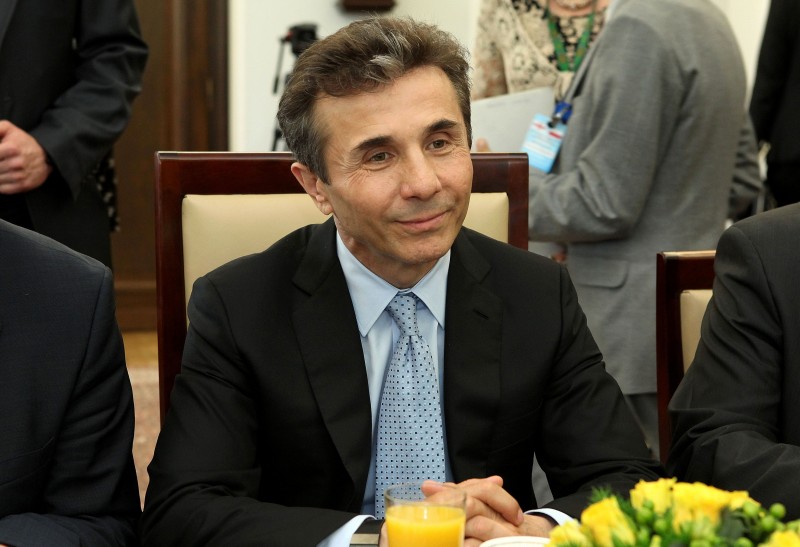 Three years after a stunning election victory brought the Georgian Dream coalition (GD) to power — ending the nine-year rule of Mikheil Saakashvili's United National Movement (UNM) in the process — many citizens in ex-Soviet Georgia are wondering what it is they voted for.

2015 was a trying year for GD, as it lost popularity while displaying some of the more abhorrent character traits of the government that preceded it.

While the 2012 elections were rightfully hailed as a watershed moment in the Caucasus country's democratic development, it is the next parliamentary elections, in October 2016, that will determine whether GD has left a lasting mark on Georgia's future.

A survey conducted in February last year by the International Republican Institute (IRI) found 55 percent of Georgians felt the country was going in the “wrong direction”, an answer only 33 percent had provided in 2014.

Enthusiasm for “the dream” only waned as the year progressed.

An April 2015 survey published by the National Democratic Institute/Caucasus Research Resource Centers found that if elections were held the next day, 24 percent of Georgians would vote for GD, compared to 16 percent for UNM.

By August, that had fallen to 11 percent, with a plurality (13 percent) actually favoring UNM, the party that Georgians cast out of office in 2012 for its heavy-handed rule and lack of accountability before the public.

GD’s popularity has eroded due to a number of factors, not all of them within the coalition’s control.

But as a general economic malaise sweeps the former Soviet region, the government has heaped pressure on itself with poor decision-making and PR blunders.

The Rustavi 2 court controversy is a case in point.

Rustavi 2, a pro-UNM television station with the largest market share in Georgia, became embroiled in an ownership dispute last fall that called into question GD's commitments to media freedom and judicial independence.

Rustavi 2 had long been controlled by majority stakeholders Levan and Giorgi Karamanishvili and Director Nika Gvaramia until their shares were seized by the Tbilisi Municipal Court in October.

The seizure and resulting court case resulted from claims made by plaintiff Kibar Khalvashi, who co-owned the broadcaster from 2004-2006.

Khalvashi claimed that in 2006 he was forced by the UNM government to sell his shares.

Claiming he had been unlawfully threatened by Saakashvili, he asserted himself as the rightful owner of 100 percent of the company.

Court proceedings were controversial from the outset.

Khalvashi is rumored to be close to former Prime Minster and GD financier-in-chief Bidzina Ivanishvili, feeding speculation that the case was politically motivated.

As early as 2012 Ivanishvili had publicly stated his belief that Khalvashi was one of the station's legitimate owners along with co-founders Davit Dvali and Jarji Akimidze.

On November 3, 2015, a court ruled in favor of Khalvashi. The backlash was immediate.

According to a report by EurasiaNet, the plaintiff’s legal team did not provide “any documentary evidence to justify his client’s claim that former President Saakashvili forced the 2005 and 2006 sales of Khalvashi’s shares.”

The ruling was instead based on “reasonable grounds”, with the plaintiff depending largely on his own oral testimony of the conversation between himself and Saakashvili.

The ruling sparked public outrage and was roundly criticised by NGOs and international observers.

Adding fuel to the fire, Tbilisi Municipal Court ruled two days later that control of the station should be immediately transferred to a court-appointed temporary management team.

By stripping the station’s directors of editorial control and replacing them with appointed managers, critics argued, the Georgian government was putting itself in charge of Rustavi 2’s editorial policy.

Freedom House wrote at the time:

The appointment of new management at Rustavi 2 ignores orders by the Constitutional Court and undermines democracy in Georgia. The government is breaking the promise it made to voters, which was to uphold higher standards than its predecessor in protecting the rule of law and the fundamental principles of democracy, including freedom of the press. We urge the Georgian government to end its interference in the media.

While the Organisation for Security and Cooperation in Europe's Representative on Freedom of the Media Dunja Mijatović noted:

Editorial decisions should be made in news rooms, not court rooms. Attempts by the courts to unduly influence an editorial policy of a media outlet are nothing short of the abuse of the rule of law and democratic foundations in a society. I call on the judiciary to fully respect the right of Rustavi 2 to editorial independence.

Wary of the potential PR fallout, GD officials were swift to deny any connection between the party and the decision of the Tbilisi Municipal Court.

Garibashvili issued a written statement on the day of the ruling in which he framed it as a triumph of the rule of law:

Whilst Rustavi 2 changed hands more than 20 times under the previous regime due to political interests, ownership of this TV station has for the first time been determined by the independent judiciary. This sets an important precedent and marks another welcome step forward for media freedom and pluralism, democracy and the rule of law in Georgia.

Garibashvili would not see out the end of the year as Prime Minister.

He announced his resignation without explanation on December 23 and was replaced one week later by Giorgi Kvirikashvili, previously the country's Minister of Foreign Affairs.

But it seems dark clouds are gathering over the once-optimistic Caucasus democracy regardless of who heads the government.

In 2015, Gross Domestic Product grew by only 2.8 percent — a disappointing figure for a developing economy accustomed to rapid growth — and the Georgian Lari has fallen 40 percent against the dollar since November 2014.

Public resentment is also growing against the government as it holds negotiations with Russian state energy firm Gazprom, less than 8 years after Moscow's military bombarded the country, ostensibly in support of Georgia's breakaway states Abkhazia and South Ossetia.

With this in mind, and the Georgian Dream's apparent failure to build the democratic system it promised, the ownership change at Rustavi 2 appears to make more political than legal sense.

On the surface at least, the verdict handed down by the Tbilisi municipal court last year has done the coalition a timely favour, comprimising the opposition's loudest voice ahead of a vital election in October.