Following a Summit-less 2015, This Year Will See Record Attempts to Reach the Peak of Everest 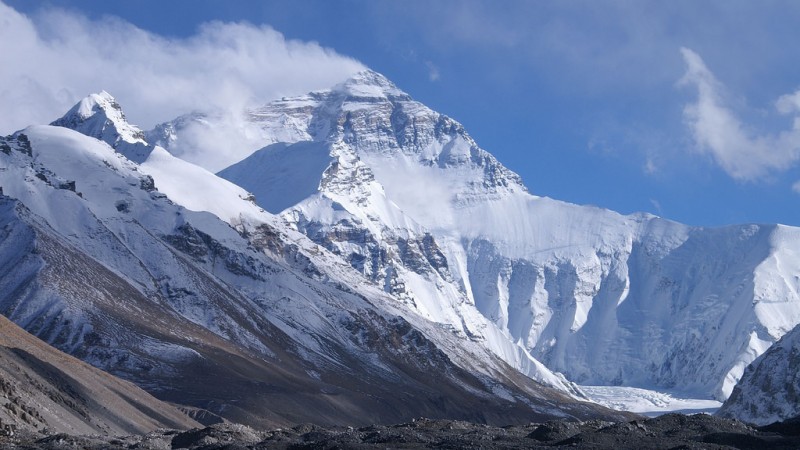 Mount Everest from base camp one. Image from Flickr by Rupert Taylor-Price CC BY 2.0

Mount Everest, the tallest mountain in the world, challenges adventurers and record seekers every year.

Each year, the determination to trek to the summit of Mt.Everest brings thousands of adventurous travelers to Khumbu pic.twitter.com/u299yDVJGB

In 2015, however, Everest remained invincible — no-one could summit the peak for the first time since 1974. The devastating earthquake that killed around 9,000 in Nepal didn’t even spare the highest mountain in the world and its aspiring summiteers.

In its wake, nobody could climb Everest during the seven- to ten-day window of opportunity that presents itself each May, as the quake took down the ladders and pathways that provided safe access. Attempting to climb the mountain at any other time is even more dangerous, as conditions at the top are very harsh, with temperatures of between -32 to -41 degrees centigrade and winds of more than 150 miles per hour.

For the first time in 41 years, nobody reached the summit of Mount Everest. 22 died. Via @SCMP_News @NatGeo pic.twitter.com/fcmkTdVnP4

In spite of the harsh conditions and deaths happening every year during ascents, people never seem to get over the thrill associated with climbing Everest.

Historically, for every 100 climbers who have made it to the summit of mount everest, 4 have died

Unfazed by earthquake and avalanche, this spring will once again see hordes of mountaineers, adventurers and daredevils rushing to the Everest region seeking to ascend to its peak.

Everest summiteer Alan Arnette, in his blog Summits Don’t Matter, wished, for the good of the country, that it were different:

Yes hundreds will probably return next spring to attempt Everest. Some operators will shift to the north, quietly, or in some case loudly, saying it is safer. People with nothing more than a Kilimanjaro summit will claim to have the proper experience – until something goes wrong. Guides will continue to save lives, doing what they do; and the Everest machine will continue even though it is clear it is time to let Nepal recover.

The business of Everest

Since Sir Edmund Hillary and Tenzing Sherpa (Sherpas are an ethnic community from the Himalayas) first made the climb to the top of Everest, 4,093 people have reached the peak an astounding 7,001 times.

Sir Edmund Hillary and Sherpa Tenzing become the the first people to reach summit of Mount Everest (May 1953) pic.twitter.com/NqoL3BRqLN

Tenzing's son has been critical of “the charade that Everest has become”, catering to the heavy traffic of Western climbers at the expense of the upkeep and integrity of the mountain. Everest may have become a business, but it is one that is still attracting a lot of customers.

One of the worst avalanches in the mountain's history, in 2014, nearly resulted in a Sherpa boycott of their guide services at Everest, after the families of some of the Nepalese killed in the disaster were offered paltry compensation for their deaths. More died in April 2015 due to the avalanche triggered by the Nepal earthquake. Compared with the huge sums of money paid by climbers for the privilege of climbing Everest, Sherpas are paid nominally for their expertise — the lion's share of the money is divided between the tour companies and the Nepalese government.

What is it like to climb the world's tallest mountain?

For those who want to understand how difficult it is to conquer Everest, two-time Everest summiteer P K Sherpa shared his moments of glory in pictures. The journey typically starts with landing at the Lukla airport — one of the most dangerous airstrips in the world — then trekking to the village of Namche Bazaar. 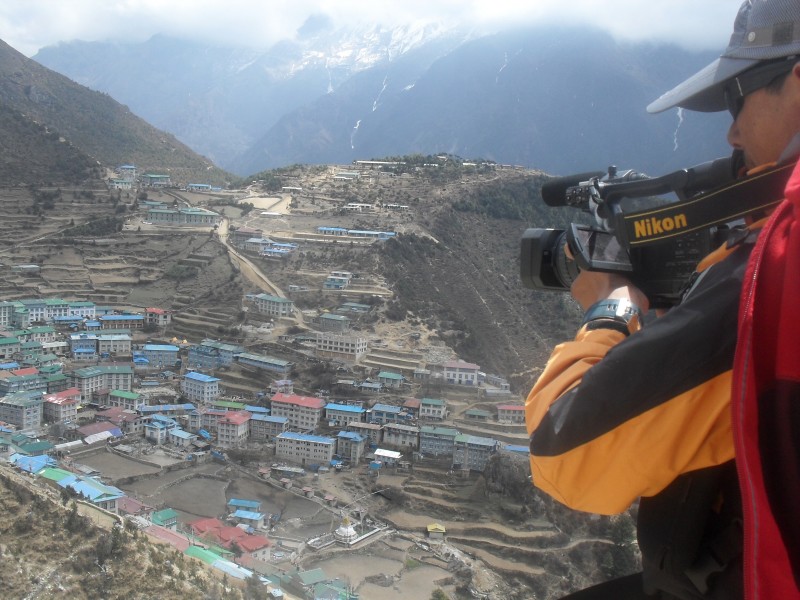 A bird’s eye-view of Namche Bazaar. Used with permission.

The hike from Namche Bazaar to the Everest Base Camp (EBC) is breathtaking — and often a once in a lifetime experience. The trek through the Everest region may be harsh, but it is also full of adventure.

A continuous 11-day trek from Lukla takes you to the EBC at around 5,400 metres. Between 5,500 – 6,100 m lies the Khumbu Icefall. Climbers generally rely on the help of ladders and ropes to cross this dangerous section. 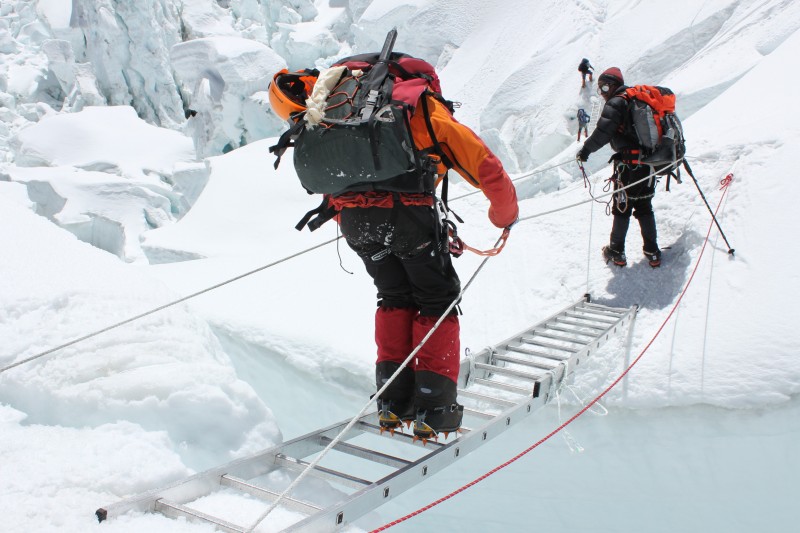 Climbers at the Khumbu Icefall. Used with permission. 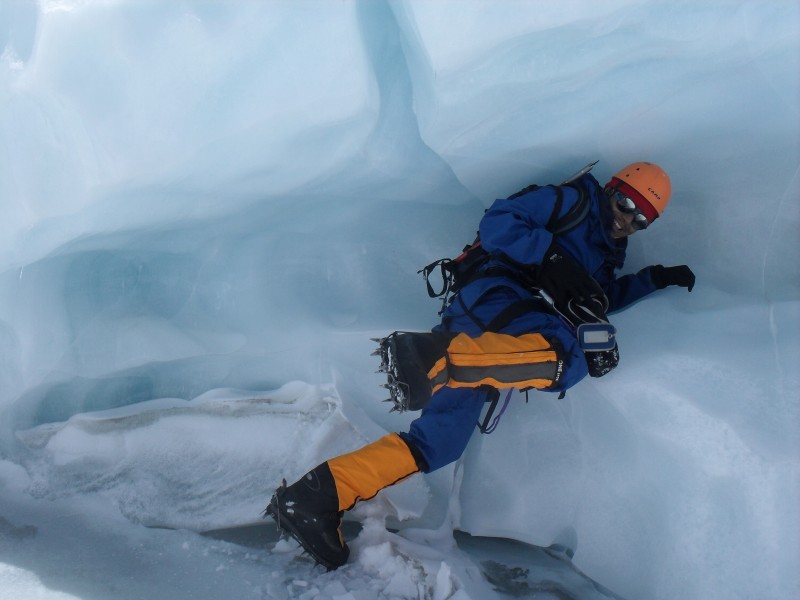 P K Sherpa poses for a picture at the Khumbu Icefall. Used with permission.

The Khumbu Icefall is a 2,000 foot climb on a moving glacier complete with deep crevasses and towering seracs. Climbers step over the crevasses on aluminium ladders with crampons on their boots. More people have died in the Icefall than anywhere else on Everest's south side in recent years.

Once past this dangerous section though, climbers then navigate through Camp 1, Camp 2 and Camp 3 until they finally reach Camp 4 at 8,000 m — otherwise known as the “death zone”. 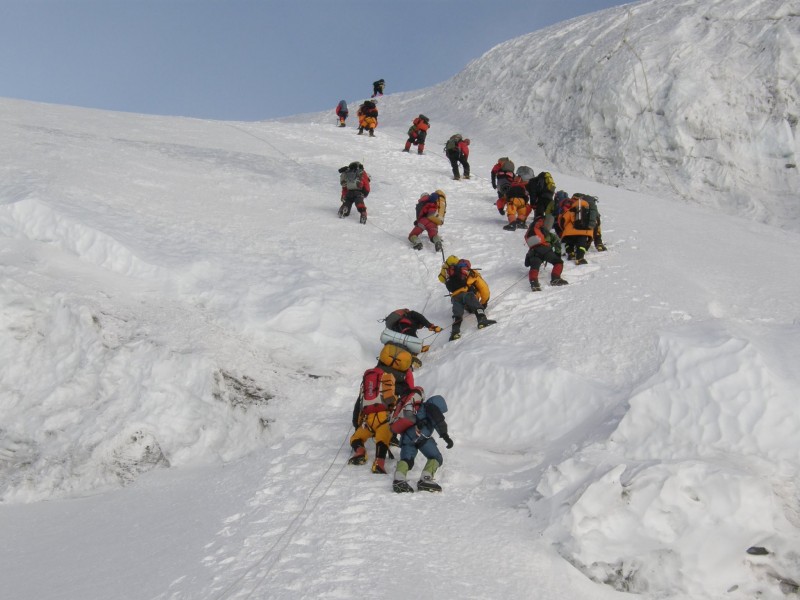 Climbers trading their way to Camp 3. Used with permission. 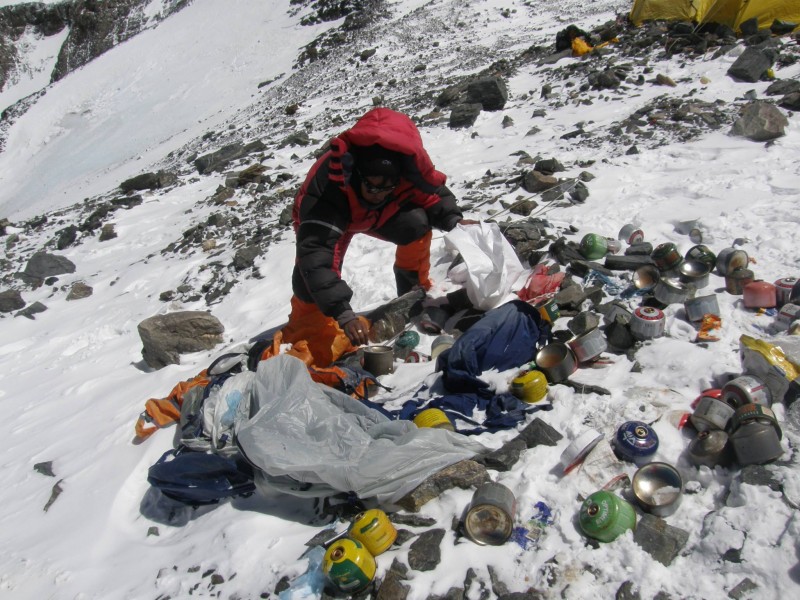 P K Sherpa's personal experience has given him a lot of respect for this section of the climb: “When I reached the Camp 4 or the death zone, I saw dead bodies scattered here and there. The tragic scene was heart-wrenching. The sad moment cannot be expressed in words.”

Climbers usually start for the summit around midnight. MountEverest.net shared a bit about the experience:

It’s completely silent. Nobody talks. If you do, you whisper. It is absolutely terrifying and you climb and climb, awaiting [the] first ray of dawn. It’s desperately cold. It's steep and at parts very icy. The ice axe and the crampons cut skin deep into the ice. 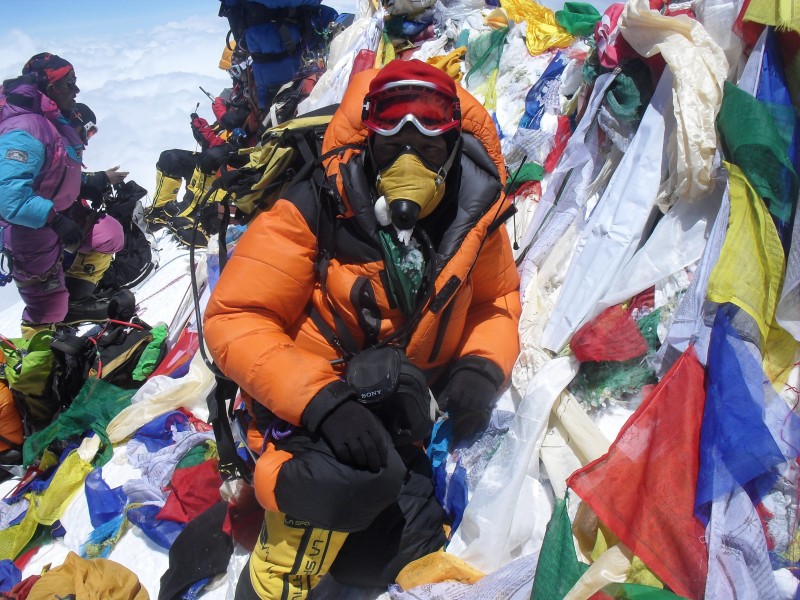 Climbers capturing their moment of glory at the summit. Used with permission.

So what does it feel like to reach the peak?

According to P K Sherpa, it felt like he “had conquered the world”.