It's Not a Food Truck. It's a Mobile Kitchen Feeding Refugees Around Europe. 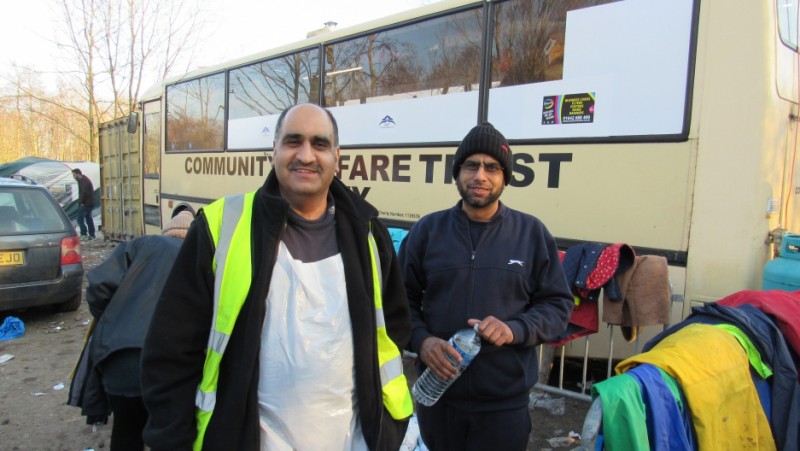 This article by Adeline Sire for The World originally appeared on PRI.org on February 10, 2016, and is republished here as part of a content-sharing agreement.

No matter where they are located, most refugee camps need an army of volunteers to help with distributing blankets, clothing, and especially food and water.

Some of those volunteers are particularly committed.

For years, Ghafoor Hussain has been offering his time to help feed and clothe the needy. Last fall, he traveled from his home in Stockton-on-Tees in northeast England to migrant camps in Croatia, Slovenia and Austria.

But when he was in at a camp in Austria, he saw that refugees were given cold sandwiches. And he decided they needed hot food — and that he would be the one to deliver.

Now he doesn’t just bring himself to camps, he brings a bus, which he bought online last December and retrofitted with special equipment.

“We took it back to the garage where I work and we stripped it all out and my nephew gave me some help to kitty it all out into a full mobile kitchen,” says Hussain, who’s 44. 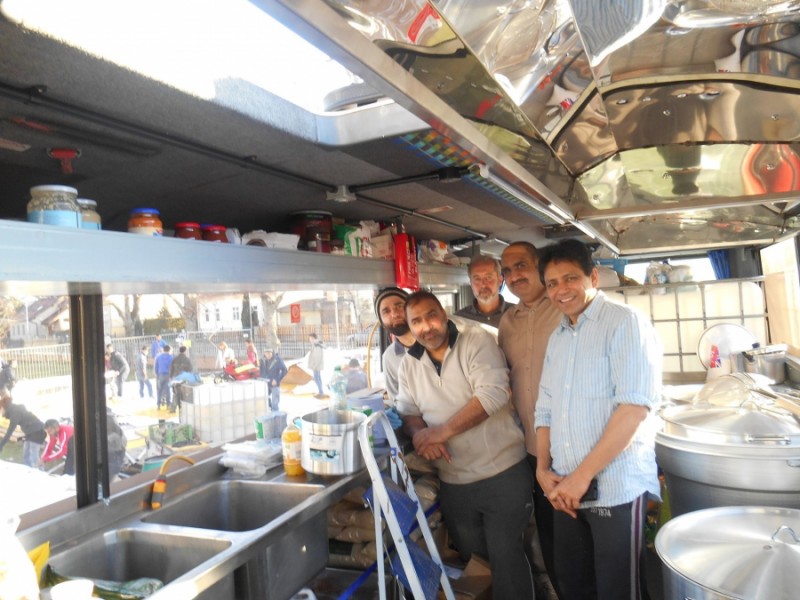 Ghafoor Hussain (second from right) with his team of volunteers. When he saw refugees being fed cold sandwiches, he decided to supply them with hot meals. Credit: Khalid Siddiqi. Used with PRI's permission

The bus is a rolling professional kitchen equipped with two prep tables, a double-drainer sink, five commercial gas stoves and a 260-gallon water tank. Gas containers and storage are in the back and underneath. Buying and retrofitting the bus cost him about $9,000 but he got help from friends and colleagues.

“Everyone started chipping in and we got a fund going,” he says. “People have donated food and clothing and everything. And they also gave me donations, as in money, so this morning we went out to the warehouse and bought two pallets of water.”

Since mid-January, Hussain’s mobile kitchen has been stationed at the Grande-Synthe migrant camp near Dunkirk, in northern France. His brother-in-law drove it over from the UK. Hussain had originally planned to stop at camps along the route of migrants traveling up through Central Europe, but he got a phone call telling him the living conditions at the French camp were bad and that they needed his help. He left his son in charge of the family garage to give his full attention to his mobile kitchen.

Now Hussain supplies about 3,000 hot meals per day for people living in tents at the camp. Hot drinks too.

As for meals, Hussain says they cook rice, lentils, chickpeas, red kidney beans, black-eyed beans, pasta and porridge. Truth be told, porridge didn’t go over too well in this camp of mostly Kurdish refugees. Because most of the people here are Muslim, like Hussain, he cooks vegetarian meals to avoid the need for Halal meat. It’s expensive and hard to get in this small French town. 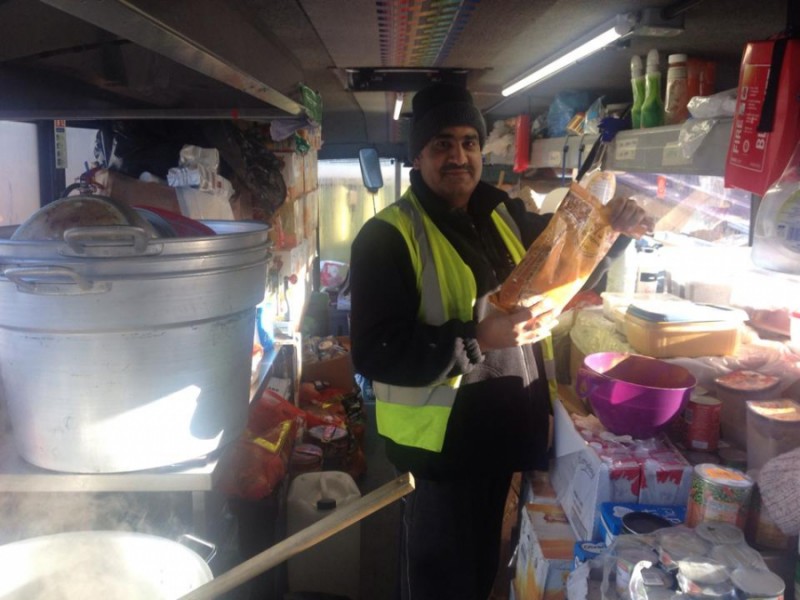 Ghafoor Hussain is the chef in his mobile kitchen. He says his family thinks he's “a bit mad.” Credit: Tally Oliver. Used with PRI's permission

Preparing 3,000 meals a day cost him about $450, but he's not worried about running out of money. He says he’s getting donations from all over Europe, as well as Abu Dhabi and Pakistan, where he was born.

“The way the things are going with my friends and family,” he chuckles, “I don’t think my funds will run out. They’re very kind.”

And he says he is in it for the long run, as long as he can get the backing. But what does his family think about him being away?

“They think I’m a bit mad,” he says with a laugh, “but I have the full support of my family. I’m hoping to go back [home] for a few days next week, and then come back again and keep going.”

In fact, Hussain just bought another bus, soon to be a fully-equipped kitchen, to meet the growing demand at the camps for hot meals.