It's Halftime in Russia 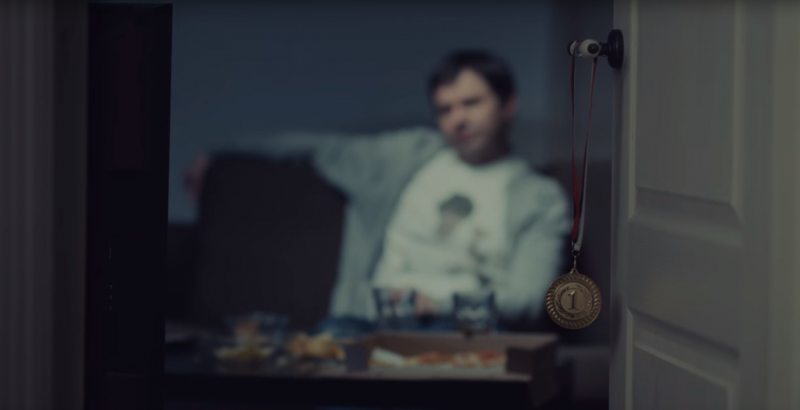 “Who are you rooting for?” Screenshot from AvtoVAZ commercial. Youtube.

With oil prices tumbling and Russia’s economy fallen on hard times, the carmaker AvtoVAZ is falling back on one of the industry’s most dependable marketing tactics: appealing to consumers’ sense of patriotism.

At halftime during the Super Bowl in 2012, when advertising space in the US is more expensive than at any time of the year, Chrysler ran a two-minute commercial called “It's Halftime in America,” featuring narration by Hollywood icon Clint Eastwood, where he grimly described the American auto industry’s rebound from the late-2000s recession.

With a similarly somber, yet patriotic tone, AvtoVAZ is now promoting the Lada Vesta, a small family sedan released last year. The car company’s new advertisement, called “Who are you rooting for?” depicts a young boy fighting in a martial arts contest and his father cheering spiritedly. After a bitter struggle, the boy eventually wins, but it’s revealed that the father isn’t present at the match, but is in fact back home watching English soccer on television with his friends. His son comes home (presumably with mom, who’s never shown onscreen) and hangs his first-place medal on the door to the living room, where his dad is still perched in front of the TV.

The final seconds of the advertisement show the words, “Who are you rooting for?” and finally the slogan “Yes—it’s a Lada.”

Last November, AvtoVAZ ran another patriotic commercial, titled “There’s only one path—your own.” That advertisement’s narration included the following ode to Russian perseverance:

Why do we love? Why are we here? You can try to find the words. You can try to explain it. But it’s useless. This is people. It’s nature. It’s the air, and it’s our character. We’re here because we love. We love because we’re here. Sometimes we hate what’s closest to us. That is why we want to change it. And we will. We’ll do it ourselves. There’s only one path—your own. The new Lada Vesta.

While Chrysler reported $1.7 billion in profits in 2012, AvtoVAZ lost 73.6 billion rubles ($939 million) in 2015—almost three times more than it lost the year before. Gross revenues are also down 8 percent, according to the news agency RIA Novosti. The carmaker says it needs shareholders to refinance the company’s debt and take out additional loans, or it will have to start mothballing production plants. AvtoVAZ has already announced plans to transition to a four-day workweek, in order to cut labor costs by 20 percent.

Russia’s entire car industry is suffering, thanks to an ongoing economic recession. In 2015, sales of light commercial vehicles dropped 36 percent, and business is expected to shrink a bit more in 2016. According to the newspaper Rossiiskaya Gazeta, experts say Russia’s auto industry won’t recover to its levels in 2012 for another six years, at the soonest.