The Complicated Mess That Is Pakistan International Airlines’ Privatisation 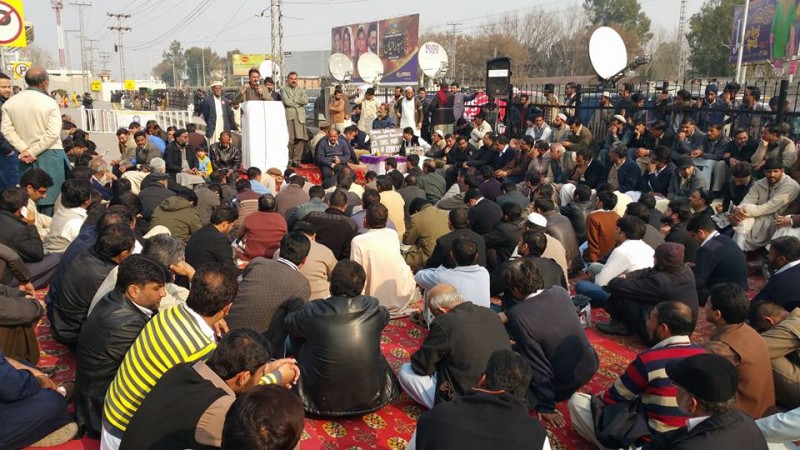 The government's plan to privatise Pakistan International Airlines (PIA), the country's national carrier, as part of a deal with the International Monetary Fund (IMF), has touched off conversations around the country not only about the financial wisdom of doing so, but also about police brutality, corruption and workers’ rights.

Two people were killed in protests against the privatisation in Karachi, where police used aggressive force to break up the gathering. Beforehand, Pakistanis and opposition parties were already questioning the ruling party PMLN's management of the airline and wondering what would become of PIA workers. Not to mention the poor quality of the airline from a customer service perspective.

The proposed privatisation has touched a nerve in a variety of ways. Let's take a look at a few of them.

Oh, how the mighty have fallen

Once considered amongst the best airlines in the region, PIA has plummeted to below standard service and passengers have continued to complain. Blogger Alizay Abid recounts her experience:

Delays seem to be a pattern with PIA, as Ali Hassan points out:

Heard so many people tell so many horror stories about #PIA recently. What's been done to the national flag carrier is terrible.

But does consistent bad service mean there's no option but to privatise? According to media reports, the reasoning boils down to hefty losses. During the first two quarters of 2015 alone, the airline was at loss of about 80 billion rupees (about 1.1 billion US dollars).

National Assembly Member Mazia Hameed, who belongs to the ruling party PMLN, has been defending the government's decision to privatise on social media. Hameed tweeted:

This why gov is privatizing #PIA it has thousands of employees it can't afford #PIAStrike pic.twitter.com/puUFfEgZeu

‘All working class people should unite’

Employees are deeply upset over authorities’ decision, as they fear loss of jobs as a result of a possible corporate takeover. Organisations and political parties focused on workers’ rights feel that the decision to privatise is being dictated under a condition of the International Monetary Fund (IMF) loan programme:

Awami Workers Party also joined the sit in at Benazir Bhutto Airport, singing in protest with the workers:

In solidarity, netizens pointed out that the ruling party, now overseeing this privatisation plan, was once itself against the privatisation while in opposition:

“Those protesting against PIA Privatization are against Pakistan”—PMNS

In order to disperse the crowd, authorities swiftly began crack down on protests. The authorities’ use of force in Karachi, where two people died, was widely criticised:

2 killed, 18 injured in firing on PIA employees. Whatever one may think about the PIA protest, this is absurdly fascistic handling by govt.

In response, Nasir Jaffar, the CEO of PIA, handed in his resignation, which is yet to be accepted by Prime Minister Sharif. While law enforcement agencies continue to deny any involvement in the death of protesters, instead pointing fingers at unknown gunmen, a review committee has been formed to investigate the matter.

The government has the power to step in over workers’ strikes, thanks to the Pakistan Essential Service Maintenance Act of 1952. When invoked, strikes can result in dismissal of service, imprisonment for a maximum period of one year and a fine for the employees.

As political parties continue to release statements against the use of force by state authorities, some are blaming the previous government for contributing to the abysmal state of the airliner:

Those claiming PIA is an ‘asset’ need to peruse its financials.And also count # of redundant employees added by PPP. https://t.co/BpDt7xiF9Q

Even though the workers have called an end to the strike, political part Pakistan Tehreek-e-Insaf (PTI) has called for a nationwide protest against the privatisation and killing of two employees.

Despite the fact that protests have ended, the state of the country's national airline raises some serious questions. While some commentators feel that privatisation might seem a viable option, others blame overstaffing and years of neglect for the continued deterioration of the national airliner and demand more introspection.

It's clear that the issue is far from over, as employees continue to mourn the death of their colleagues, a conversation around the government's economic plans, police brutality, corruption and workers’ rights is currently underway.