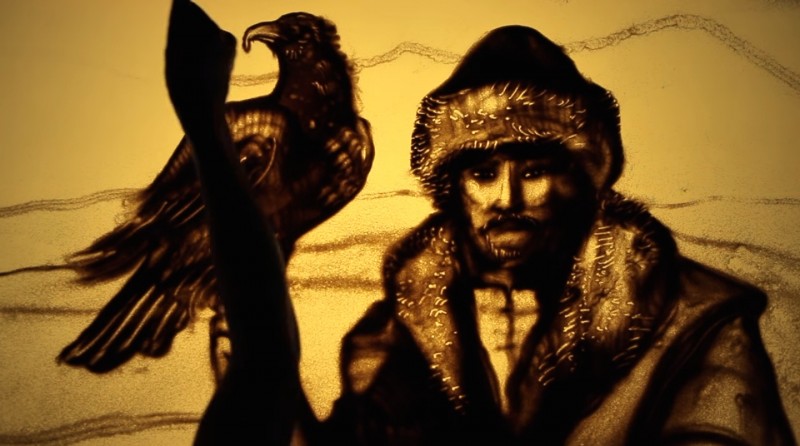 An amazing video has emerged showing ‘sand animator’ and 2009 winner of Ukraine's Got Talent Kseniya Simonova's depiction of Kazakh nationhood.

The sand narration commissioned by the Central Asian country's government was to mark anniversary celebrations for the capital Astana and shows Kazakhs making the journey from their past as nomads through snowy steppes and starlit skies into their present.

The final frame adds the figure of President Nursultan Nazarbayev, who has been a fan of Simonova's work since they first met in 2010, overlooking a futuristic Astana.

This is one of just hundreds of performances Simonova has executed using a canvas, fine volcanic sand and unbelievably deft hands since she shot to fame after winning Ukraine's Got Talent seven years ago.

Her sand art in the final of that competition, narrating the story of a couple separated by World War Two, remains her most famous work, with close to 40,000,000 views on YouTube.

Oil-rich Kazakhstan's government has been emphasising historical themes in its propaganda after an off-colour remark in 2014 by Russian President Vladimir Putin, who said that the country “had never had a state” prior to independence from the Soviet Union.

Earlier this year plans were announced for a ten-part historical drama already being likened to a Central Asia-style Game of Thrones set around the time of the formation of the 15th century ‘khanate’ many Kazakhstanis see as the basis for their modern statehood.