The Power of Social Media in Uganda's 2016 Elections 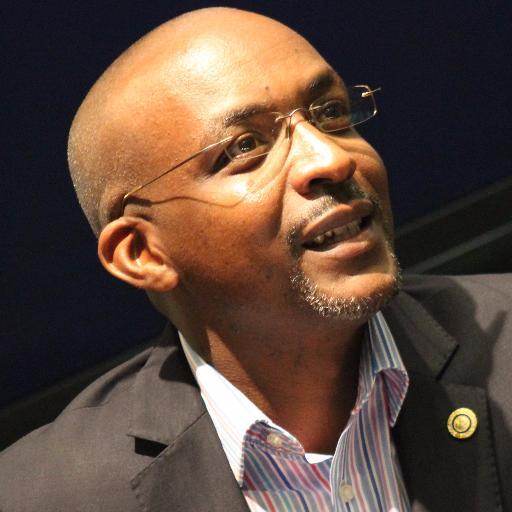 On February 18, Uganda goes to the polls. Like many countries around the world, social media has become part and parcel of political communication and conversation in Uganda. For example, social media played a significant role during the first ever presidential debate on January 15. The hashtag #UGDebate16 trended throughout the debate.

Ugandans like never before use social media tools to engage in election-related chatter. According to the Uganda Communication Commission, Uganda had over 11 million Internet users as of March 2015 and 1.8 million Facebook subscribers in the country of over 37 million as of Novembers 2015, while mobile subscriptions are estimated to be 19 million.

I spoke with Michael Niyitegeka, an accreditation consultant and an authority on social media in Uganda, to discuss the role that social media has played in this election season.

Prudence Nyamishana (PN): What has the role of social media been in this year's election in Uganda?

Michael Niyitegeka (MN): Social media has taken a role that nobody anticipated it would have. Out of the blue, there is a lot of attention from all the political actors and players. It's like they have woken up to the reality that social media is not something that they can take for granted. And so there has been a lot of investment, a lot of people hired to run social media campaigns and candidates’ pages. Therefore, the relevance and importance of social media in Uganda has gone to a different level. On the other hand, there has been what I can call amateurism because the people who hired and were hired to conduct social media campaign did not come up with clear strategies at the beginning of the campaign. As a result, some started strong and died out, others gained momentum as a the campaigns went on, but if they had planned in advance the aspirants would have had better mileage on social media.

Social media users in Uganda have also evolved and the number has increased. For example the number of people that have just joined Twitter during the campaign season is massive. Social media has claimed a position that it didn’t have in the beginning- it has become more important and more critical. People share real-time photos that caused some camps to ‘Photoshop’ crowds to give the impression to voters that they have support. Social media has elevated some political personalities and events such as the presidential debate, which was closely followed and intensely debated by Ugandans because of social media.

PN: Do you think Ugandans have successfully engaged with the presidential candidates on social media?

Have we been able to engage the camps from a machinery perspective? National Resistance Movement, the ruling party, has tried to organise Twitter chats but it’s also not consistent and people are not paying attention to them in terms of engagements. For instance, when the party hosted Hon Rebecca Kadaga, the first female Speaker of Parliament in Uganda, people were just tweeting what Kadaga was saying but it would have made more sense if Kadaga was the one tweeting and having a conversation with social media users. I am sure this would have been different. So social media engagement is something that political camps jumped on, but I don’t think that it is something that they seriously made strategies for.

A screenshot of the official Twitter page for Uganda Presidential Debate. The event was one of the most tweeted election-related event in Uganda's political history.

PN: What has been the place of social media as a propaganda tool in this election season?

MN: Freedom of expression comes with responsibility to it. There are instances of irresponsible reporting and commenting on social media. Candidates have an obligation to be mature and responsible enough when saying things because they are not just communicating to their supporters, but to wider audiences. So different political parties should be responsible when putting out information, For example, when the ruling party secretary was recorded saying that those that cause confusion would have their children killed, people recorded the message and shared it widely.

We, the users, should also be responsible and verify information before sharing it because unverified information can easily lead to chaos and political violence.

PN: How do we score in terms of freedom of expression online?

MN: I think Ugandans still enjoy, to a greater extent, freedom of expression online. And I believe we cannot reach the levels of countries like Thailand that suppress media freedom online. With the amount of liberty and freedom Ugandans enjoy on social media have, nipping it up would be a difficult task. You would just have to have shut down the Internet.

PN: What role is social media going to play in terms of monitoring and observation on election day?

MN: There is a side of me that thinks that the Internet is going to slow down. That’s just me. Because you see if you are the person in charge and things are not going on as expected, a couple of things might happen. But with this wide-spread Internet, it is going to be difficult to do anything stupid. For instance there is a police truck in Mbale, a town in eastern Uganda, that was ferrying ruling party supporters, I don’t think in their wildest imagination they would have taken a photo and shared it as netizens did. There was another incident when someone from the ruling party was trying to claim on Twitter that the opposition Forum for Democratic Change ferries people to its rallies but people came out and blasted him. To counter his claim, social media users displayed multiple shots of the incident which showed that there were in fact cows in the truck. So anybody who is participating in this election has to be extremely careful.

PN: What do you think will be the role of social media post-election, in terms of civic engagement?

MN: Social media is going to continue growing; the space is going to continue growing more than it was in the past five years. We are going to have more leaders being held accountable though online activism, more people will pay attention to citizens’ sentiments and concerns expressed online. So social media is going to be an accountability tool. I will see somebody doing something and I will take a photo and share knowing it will be picked up by many other concerned citizens.

PN: Do you have any final thoughts?

MN: As Ugandans on social media, we need to go beyond the semantics of followers, the semantics of the number of likes, we need to start digging deeper and deal with real issues in a more realist way and that is going to require much more than just having likes or followers. It is important for us to look at analytics, collaborations, create valuable content for our followers. We  know governments, businesses and brands pay attention to social media.