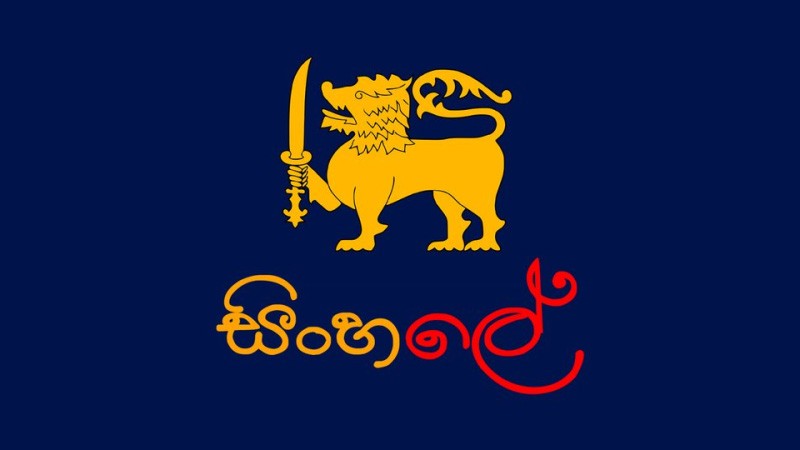 A sticker campaign undertaken by a Buddhist nationalistic movement in Sri Lanka has some observers fearing harassment of ethnic and religious minorities in the country.

The image, which has also circulated on social media, shows a lion with the word “Sinha-le”, meaning “lion’s blood” in Sinhala —  a reference to the lion ancestor that Sinhalese Buddhists claim. Some Muslim residents in the Nugegoda suburb of the capital Colombo also discovered that their walls and gates had been spray-painted with the word.

Sinhalese are the largest ethnic group in Sri Lanka, with 74.88% of the total population, followed by Sri Lankan Tamils at 11.2% and the Sri Lankan Moors or Muslims at 9.2%. Past years have seen a disturbing trend in which some political leaders or organizations have instigated religious tensions and persecution on minorities.

Madille Pagngnaloka Thera is the general secretary of Sinhale Jathika Balamuluwa, the group which is promoting ‘Sinha-le’, and happens to be a former activist with right-wing Sinhalese Buddhist nationalist organization Bodu Bala Sena (BBS). He said in a press conference that the movement is based on the Buddha's saying “Sabbe Saththa Bhavthu Sukhi Thaththa” (May all beings be happy). In an interview with The Sunday Observer news site, Thera elaborated on the ideas behind the movement:

Democracy means the will of the majority, but our rulers always attempted to entertain multi-ethnic politicians ignoring the majority Sinhalese. In order to realise their narrow political objectives, they created the Sri Lankan nation rather than rebuilding the Sinhala nation on its true indigenous roots. As a result, we have been deprived of many things. During our epic journey to rediscover our lost heritage, the Sinhale campaign was born.

The group maintains that they will not point an accusing finger at the Muslim or Tamil communities, but will simply stand beside the Sinhala community in the face of injustice. The movement is being supported by political heavyweights like the opposition UPFA Parliamentarian Udaya Gammanpila and the Sinhale National Movement.

‘Renewed hate campaign on the Muslims’

In reality, the Sinha-le symbol means different things to different people, and many commenters are skeptical of the movement's motives. As Himal Kotelawala wrote for online publication roar.lk:

To some, it’s a badge of ethno-religious pride in the face of growing anti-national forces; to others, an oppressive reminder of their place in society that could potentially spark the flames of another bloody conflict. Still others dismissively call it a meme, a harmless bumper sticker that doesn’t really mean anything in the grand scheme of things, blown way out of proportion by social media do-gooders. The truth, as is often the case with such things, probably lies somewhere in between.

The Sinhale movement isn’t necessarily racist, but in practice it is. Especially online, it’s tied up with the usual racist bullshit (think BBS) – ie, Sinhalese great, Muslims bad, this is a Sinhala country, etc. There are a lot of wonderful things about Sinhala culture, but this parochial racism isn’t one of them. We’re an island people and we evolved by taking the best of other cultures (Buddhism, chili, cricket) and making them our own. We have also co-existed with different types of people for basically ever.

Today, politically motivated groups alleged to be close to the former regime have unleashed a new wave of hate and racism under the “Sinha Le” label. They are determined to create divisions amongst the different communities once more and the provocations of the “Sinha Le” group are clear evidence of the renewed hate campaign on the Muslims.

‘The litmus test will be around how we respond to extremism’

@thusinutz @NotJagath I might have glued a Sinha-le sticker myself if I had a vehicle. Just cos I'm proud of being a Sinhalese. @e4c5

Its not about #Buddism its all about #Racism,#Sinha_Le

Malinda Seneviratne argued on his blog that the Sinha-le word is confusing:

The problem is not the sticker or the wording, but its associations with organizations that are racist and intolerant of other groups. There is also the problem of the word in its ahistorical break (i.e. Sinha-Le instead of Sinhale, ‘le’ meaning ‘blood’ and its depiction in red which is obviously associated with violence). There is legitimate anxiety which spills into fear and even fuels extremism (latent or otherwise) among other groups when the word, either in its integrity or break, is painted on the walls of buildings owned by or associated with those in other communities.

However, there is hope that the extremists are a minority as of now. TED Fellow alumnus and blogger Sanjana Hattutowa wrote:

As Sri Lanka embarks upon constitutional reform and other major projects this year, involving the whole of government and reshaping how we see our country, I expect ‘Sinha-le’ to be the first salvo in what will be many more movements, on similar lines, that attempt to deny, destroy and decry the essential diversity in our country. The litmus test will be around how we respond to extremism, and what measures can be proactively taken to combat the growth of these movements amongst young adults – the future leaders of Sri Lanka.