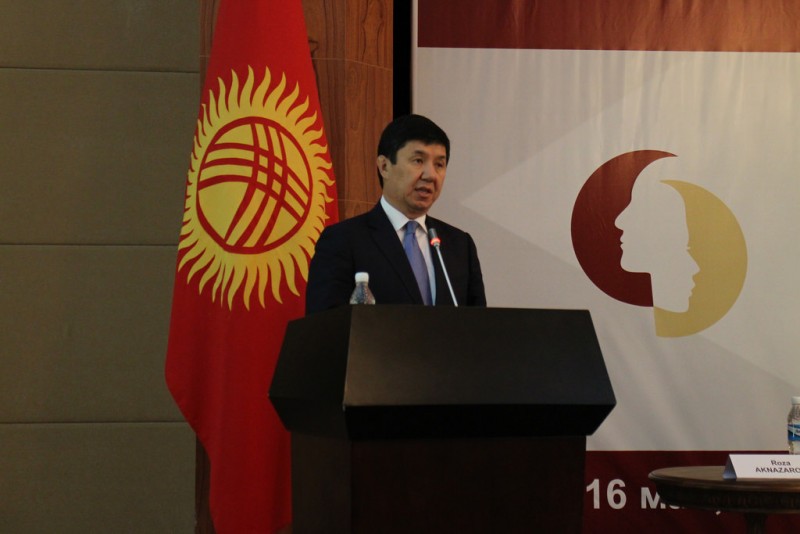 A purported U.S. schoolboy has got himself into the Kyrgyz media by appealing to Prime Minister Temir Sariyev’s greatest weakness: a spot of free PR.

According to a letter reportedly posted on Facebook by Bakyt Asanov, the press officer for the government, 14-year-old Tim Li of Minneola High School in New York State wrote to Sariyev calling him “one of my inspirations.”

Li added that “during my free time I read about you and learn how to be successful.”

Li dutifully recited Sariyev’s biography, offered New Year pleasantries and asked for a signed photo of the Prime Minister, according to a piece published on news website zanoza.kg February 4.

It apparently didn’t occur to Sariyev or his press team to question why a schoolboy living thousands of miles away would find an obscure Central Asian politician inspirational.

That might be because Sariyev, strongly rumored to be preparing for a presidential run in 2017, doesn’t consider himself obscure, and according to his harshest critics, would lick himself if he was made of chocolate. (Or even chuchuk)

But Sariyev will feel slightly less special now it is common knowledge that President Jammeh of the Gambia, a country as far off the radar of the average American schoolboy as Kyrgyzstan, also received a letter from Li.

Hi, my name is Tim Li and I am currently 14 years old. I live in Long Island and I am attending Mineola High School. You are one of my inspirations and I look up to you when I am down. During my free time I read about you and learn how to be successful. You are the President of The Gambia. As a young Army Officer, you took power in a 1994 Military Coup. You were elected as President in 1996, and you were re-elected in 2001, 2006 and 2011….”

Anonymous commenters on Kyrgyz media websites have suggested with good reason that Li might be a spammer rather than a schoolboy, possibly one looking to make some money from signed photographs of world leaders.

A Facebook profile in his name citing Minneola as a place of residence supports this view. The profile lists his place of work as “do I look like I have a job?” and notes that he studied at “go fuck yourself university.”

Such uncouthness is a far cry from the schoolboy with aspirations of becoming a Harvard student and doctor that apparently wrote to Sariyev. Li’s timeline is riddled with spam.

Moreover, in his haste, Li may have misread Kyrgyzstan’s mixed constitution and confused Sariyev — one of five Prime Ministers in the last five years, with Almazbek Atambayev, the country’s president and head of state.

But given the circumstances, the letter is more likely to serve as a joke at Sariyev’s expense inside the executive than fuel for political rivalry.