Political Interference? The Culling of Japan's Broadcasters Culminates in a Respected Journalist's Ouster 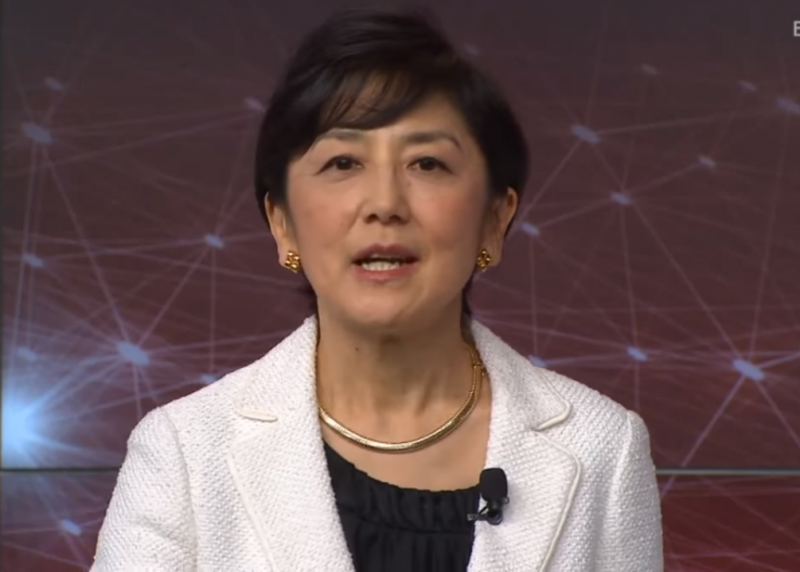 Japanese national broadcaster NHK's decision to oust popular and respected journalist Kuniya Hiroko from a long-running current affairs program has many lamenting the death of quality journalism on Japanese television.

Kuniya has anchored prime-time current affairs program Close Up Gendai since 1993. Under Kuniya's lead, the program developed a reputation for strong investigative reporting and analysis, which in Japan, like many other countries, is in short supply on television.

However, NHK announced in late January that Kuniya's tenure at Close Up Gendai will end on March 31, 2016, the end of Japan's fiscal year. The announcement comes in the wake of accusations of political interference at NHK and after it was determined that she “staged” an interview in April 2015, although it's believed her ouster is payback for posing hard questions to government chief cabinet secretary and key ally of President Abe, Suga Yoshihide, in July 2014.

At 58, Kuniya is also one of the older women to appear in an authoritative role on television, and her age and her gender may also play a role in the decision to not renew her contract.

Kuniya isn't the only one signing off for good. Several other prominent television broadcasters and commentators on private networks are also stepping down or being removed from the airways.

Pressure from the Abe government? All newscasters critical of the government have been taken off the air, one after the other. #furutachi ichiro #kishii shigetada #zenba takako #kuniya hiroko

After veteran Mainichi News journalist and TBS commentator Kishii Shigetada criticized the Abe government's controversial security legislation last year, conservatives took out newspaper ads accusing Kishii of violating Japan's broadcast laws. Kishii announced he would step down from his work as a commentator on TBS's News 23 program, but would still continue to comment on government policy.

Zenba Takako will also leave News 23 at the end of March.

Kuniya's employer NHK has been under fire for some decisions it has made in recent years, especially under the helm of NHK Director-General Momii Katsuo. Momii was elected to his position as director-general in December 2013, almost exactly a year after Abe Shinzo was elected prime minister of Japan.

There are suspicions that Momii, who comes to NHK from the private sector, is working closely with the right-leaning Abe government to transform NHK from a public broadcaster into an organ of the state. Besides asking NHK management to quit (they did not), Director-General Momii mused that NHK's broadcasting should support the Japanese government's stance on territorial disputes with South Korea, Taiwan and the People's Republic of China while also downplaying the issue of “comfort women“, as the thousands upon thousands of women across Asia who were forced into sexual slavery by the Imperial Japanese Army during World War II are known.

However, as with other public broadcasters around the world, Momii's real mission may be to transform NHK, which operates with a US$5 billion budget, into a more market-oriented company.

As for Kuniya Hiroko, she has not announced her plans post-Close Up Gendai. NHK has said the show will be updated for an international audience and will feature a rotating lineup of seven female announcers.

A selection of Hiroko Kuniya's broadcasts in Japanese can be viewed for now on the official Close Up Gendai YouTube Channel.