The Zika Virus Threat Looms Large in the Caribbean 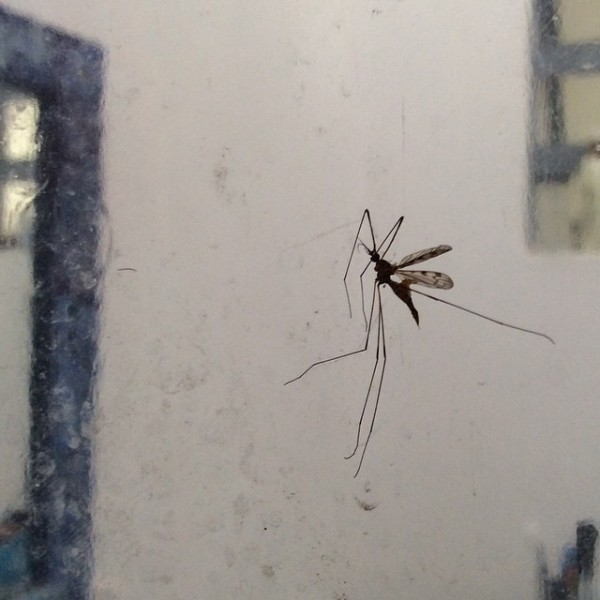 “Death to Chikungunya #Trinidad” may soon have to be renamed to “Death to Zika”. Photo by Georgia Popplewell, used under a CC BY-NC-SA 2.0 license.

The Zika virus is causing a bit of a panic in the Caribbean after Brazilian health authorities noticed an unusually high incidence of microcephaly in areas of the country that have high mosquito populations. Microcephaly is a neurodevelopmental disorder in which the head circumference of newborn babies is smaller than usual. Brazil has since made a connection between the mosquito-borne Zika virus and the foetal brain-damage outbreak — and doctors there are suggesting that the virus “could be having a wider range of effects” on foetal development. Unsurprisingly, the virus is spreading beyond South America.

In Trinidad and Tobago, the most southerly islands in the Caribbean archipelago, the virus has been declared a national health emergency.

As in other areas where the virus is a threat, women have been advised not to get pregnant, but this is not always a surefire method of prevention in a region where access to contraception may be limited or a low priority for those in lower income brackets, and where religious beliefs often play a role in decisions over artificial birth control.

Trinidad and Tobago appears to be taking a proactive approach to the problem, however. Rapid Response Units (RRUs) are being set up throughout the twin island republic to deal with the prevalence of the the Aedes Aegypti mosquito, which spreads the disease. Fogging and spraying of residential communities, which has not been as widespread as is needed to keep the mosquito population at bay, will also be on the increase. The country's health minister has given instructions that during the country's Carnival season, all the major event venues will be sprayed, though he stopped short at screening visitors for the virus at ports of entry, saying it was not a feasible proposition. Instead, he encouraged people to take precautions against getting bitten and to ensure that their homes are not breeding grounds for mosquitos.

Meanwhile, the World Health Organisation has announced that the Zika virus constitutes a global health emergency:

At the Barbados Underground blog, Kammie Holder wrote a guest post lamenting the “lazy” response to the Zika threat by the country's health authorities:

Zika is upon us with the US CDC [Centers for Disease Control and Prevention] issuing a travel advisory against countries with cases. Unfortunately, many are not reporting that this mosquito born disease also causing paralysis in adults. Hopefully, some day the lazy indifferent decision makers will learn the importance of the proactive approach. I guess they are waiting until the planes start arriving empty to act.

Scientists are currently investigating whether the Zika virus is also linked to the nerve disorder Guillain-Barré, which can cause paralysis.

Much further north along the archipelago, Babette, a Dominican Republic-based blogger, remembered the debilitating effect the mosquito-borne Chikungunya virus has had on her:

I have not been well really since the chikungunya.

That must be about two years now […] the pains in my joints have not really left me, just as some had predicted might happen.

Dona Gloria, my neighbor who has 25 years on me, stops in front of the bars on my ground floor apartment on her way to the market and we rub our respective wrists and complain about our ankles.

Of the Zika threat, she wrote:

Now there is another virus on the way. One that attacks new bornes [sic]. Called Zika. It gives them tiny heads. The women and girls are being told not to get pregnant.

But the Catholic Church, which rules here under the Papal Nuncio, forbids the use of contraceptives (ah yes, you think that they use them? that the machos spend their money on latex? that they take showers with raincoats? think again)

and abortion is prohibited […]

Fears over the spread of the disease and its threat to children still in utero have resulted in several countries issuing travel advisories, which could in turn have a serious negative effect on Caribbean tourism, the economic mainstay of several regional territories. There is currently no treatment or vaccine available for the virus.