A Sexy Guide to Digital Security and Safer ‘Nudes’ 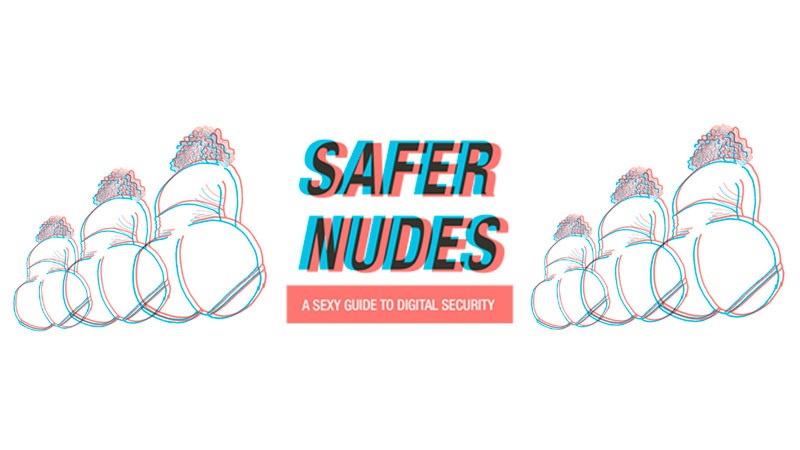 María V. and her partner split up more than a month ago. Just when she thought the pain of the breakup was over, she received a message from a friend, which read, “I saw [a photograph of] you in the Whatsapp group I have with the guys from football. It was hot!! :D” Her friend even attached a screenshot from the chat group: it was an intimate photo she'd taken for her ex, with the promise that he'd never share it with anyone else. It sent a shiver down María's spine. The photograph had been leaked online and was being shared by strangers over instant messaging.

María V.'s case is one of so many now forcing us to reexamine today's culture of consent. “Sexting” (sending and receiving sexually explicit messages) is on the rise, but what restrictions should people impose on themselves, if any, when it comes to sensualizing themselves on camera? While adults have the right to share explicit photographs of themselves, the “virtual contracts” that set down conditions and expectations for sharing these images with other people aren't always clear.

An organization called Coding Rights says sexting and sharing nude photographs can be a “pleasurable resistance to misogyny, conservatism, and heteronormavity,” but the group is also seeking ways to protect people from forms of violence that can result when sexting relationships go bad. With this goal in mind, Coding Rights has released a guidebook on sending nude photos safely, without spoiling the fun. The fanzine “Send Nudes” sees anonymity as an act of political dissidence, and gives recommendations about the best angles to use in photos. (They advise against revealing your face, or any tattoos and birthmarks, if you don't have the other person's complete trust).

At a recent forum on Internet governance in João Pessoa, Brazil, the subject of online violence against women was one of the most hotly debated issues. Panelists included representatives of the state, the civil service, academia, and the business community, who discussed the legal concept of consent as it applies to the digital world. According to many of the panelists, Internet users conclude agreements by default, simply by signing up to use various devices and apps, where personal data is surrendered in exchange for service. The “terms and conditions” of using the Internet and its array of services are one of those things users rarely, if ever, read. They're long, they're technical, and stopping to read these documents runs counter to the Web's entire culture of fast surfing and instant gratification.

Taking back the tech

During a 16-day campaign to protest violence against women, the group Dominemos la Tecnologia (Take Back the Tech) shared strategies for eradicating violence against women online. Apps will have a central place in this debate, the group says. The campaign's leaders have faulted app-designers for failing to “consult the women who have actually experienced online violence.” Dominemos la Tecnologia is calling for more testing and opening a dialogue with women who have suffered in part because of the designs of popular messaging apps.