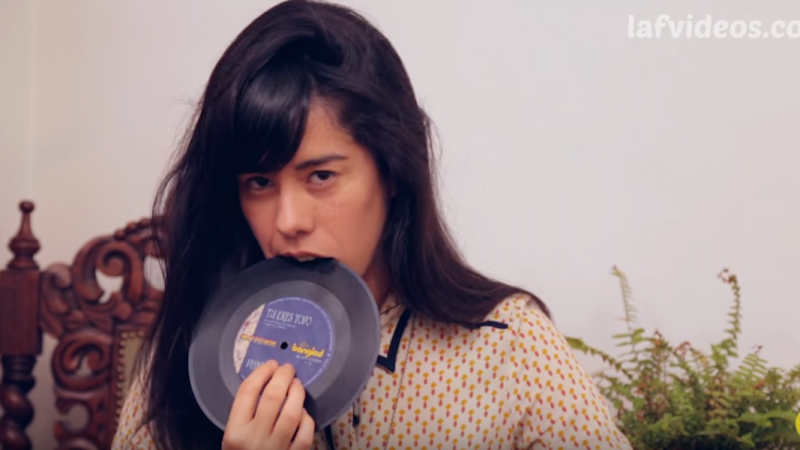 Young Latin Americans are discovering the Internet's potential to broadcast their artistic expressions — and comedy is no exception. Such is the case of Laf Producciones, a marketing company run by a team of creative Chileans.

Thanks to the power of social media, the popularity of Laf's humorous videos has grown within Chile's borders and beyond. The young comedians behind Laf — whose name is meant to sound like the English word “laugh” — already have tons of followers on Facebook, Twitter and YouTube.

The team, which is composed of Andrés Feddersen (business director), Loretto Araya (creative director and leading actress in the comedy sketches) and Sebastian Lavados (audiovisual producer), has become famous not only in Chile, but also in other Latin American countries like Argentina and Mexico.

The creators say that the keys to their viral success are making videos with mobile phones in mind and segmenting their audience with the help of Facebook.

In an interview with local media outlet BiobioChile, Andres explains:

Online, you don't have time to introduce a character. A character with his or her specific costume and history, that takes too much time. So, given that you can't name the characters, in order to get people to recognize them and to understand the story, you have to make the public relate to them on a personal level […] You have so little time to catch the attention of a person scrolling through their timeline, that you have to give them immediately something that they can relate to. Nowadays we must present things in a different way.

The Laf team give a humorous twist to everyday themes, and perhaps that's one of the reasons behind their success. People both in their 20s and 30s can find something to relate to and laugh about in their videos:

Another source of parody for the group have been gender experiences:

Although several characters are related to universal themes, specific issues related to the Chilean identity have also found their place amongst their sketches. In the video “7 Typical Fails on September 18″, the comedy centers on Independence Day celebrations in Chile. Along the same line, the collection of videos “#HowI'mViewed” mock the stereotypes that Chileans from the capital may have for Chileans from elsewhere, and vice versa.