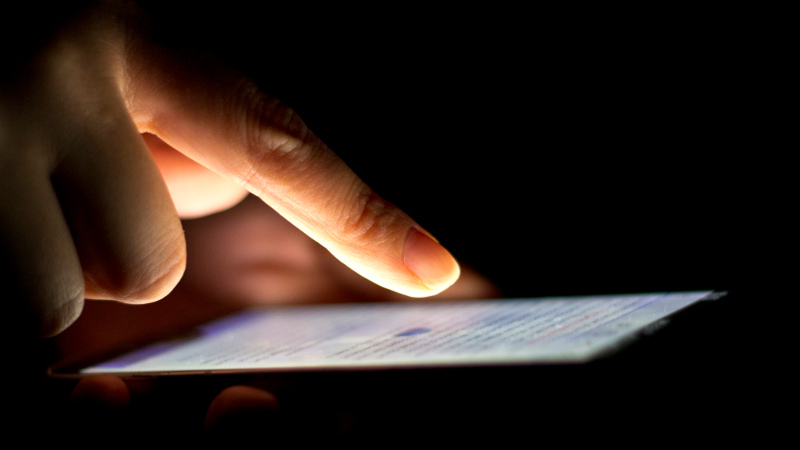 Most Russian Internet users still rely on traditional media outlets for their daily news and information, according to a recent study by Foundation for Public Opinion. Almost half of the RuNet users go to multiple news sources to get the full picture.

The study, published on January 25, surveyed a thousand Internet users in over a hundred Russian cities about their information consumption habits.

An overwhelming 78% of Russian Internet users said they most often get their news from television. Online news websites lag slightly behind as a news source of choice with 60%, followed by conversations with friends and family (22%), radio (12%) and print media (10%). (Note: respondents could choose up to three answers to this question).

While 60% of Internet users in Russia rely on online news outlets as a key source, this figure is even lower for the 18-24-year-olds at only 54%. Instead, they are more fond of social media and blogs, choosing them almost twice as often (30%) as the average RuNet user overall (18%).

Almost 20% of those surveyed said they had not consumed any news online during the last month.

When asked to list the top five news topics they prefer to follow online, respondents put world news at the top with 39% of users seeking information on current world stories on the Internet. Russian politics and Russian government affairs are also popular (34% and 31%, respectively), followed by international relations and politics (30%). Women are much more interested in family and household news then men (33% vs. 9%), while men follow Russian military affairs more closely (31% vs. 8%).

An overwhelming 67% of users said they access their news through search engines, such as Yandex (55%) and Google (27%). 36% confessed they read news on social media platforms (VKontakte—in the lead with 26%, Facebook, Twitter, etc.), forums or blogs. Only 17% go to news websites directly to consume their news. The most popular news websites mentioned were vesti.ru (21%), RIA Novosti (17%), Argumenty i Fakty (16%), while TV Dozhd, Slon and Meduza got 3%, 2% and 1% respectively. 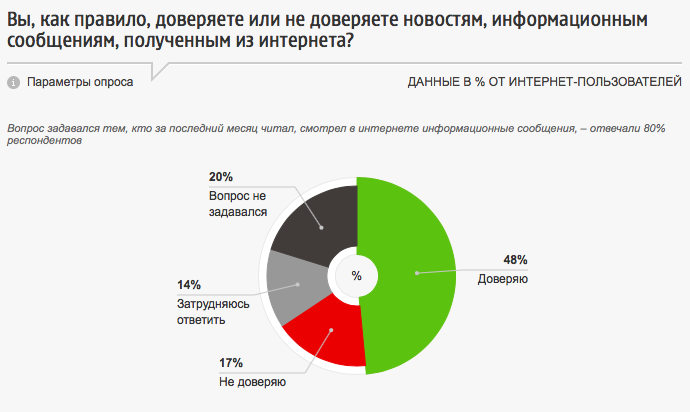 48% of those surveyed said they trust information they see online (green), while 17% said they usually don't (red). Screencap of chart from fom.ru.

48% of respondents said they usually trust news they see online, while 17% said they do not trust Internet sources. At the same time, 37% of Russians believe Russian television and Russian online media report on important events in Russia and abroad in pretty much the same way, while an equal 37% said TV and online news coverage differs significantly. Among those who trust Internet sources more, 56% believe there's a difference between TV and online news coverage and comments.

In case messages and frames in TV news and online contradict each other, 32% of Russian Internet users said they would trust television news over online, and 30% said they would choose to trust the online sources. Respondents younger than 30 years old showed their trust skewed towards Internet media, with 36-37% trusting the online sources in case of contradictions, and only 25-28% trusting TV news.

According to a summer 2015 report from Foundation for Public Opinion, over two thirds of Russians (77.5 million) now go online regularly, so their opinions of online news sources and their consumption practices are key for those who seek to understand how (and whether) the Russian media sphere will change, given continuing state control over mainstream media and increasing pressure on the freedoms offered by the Internet.