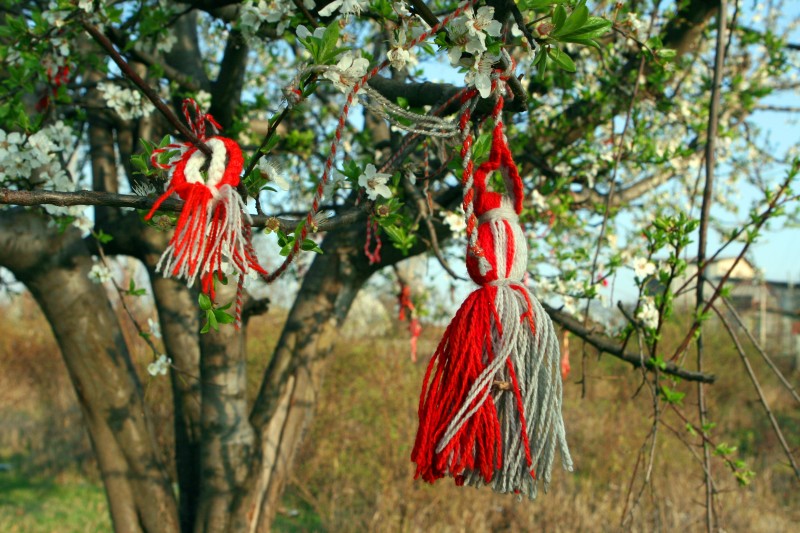 In certain parts of the Balkans, there is a custom associated with the first day of March called Grandma March Day. On this day, loved ones exchange red-and-white tassels, pom-poms or braided bracelets to mark the approach of spring.

The hand-made amulets are known by many names: martinki (Мартинки in Macedonia), mártenitsa (Мартеница in Bulgaria), mărţişor (in Romania and Moldova), martis ( Μάρτης in Greece). They are worn, pinned onto clothing or tied onto the wrist until nature starts to bloom, and then they are hung on trees. This educational video by the Romanian Ministry of Foreign Affairs explains their Mărţişor in more depth:

Four countries–Macedonia, Bulgaria, Romania and Moldova–submitted a multinational application to UNESCO in 2013 to protect the Grandma March Day custom as intangible cultural heritage of the Balkan people. In December 2015, UNESCO invited the states to resubmit the application, and the process is ongoing.

In order to promote this common cultural practice, four organizations and cultural institutions from Macedonia, Bulgaria, Romania and Serbia have launched the ‘Happy Grandma March Day 2016’ project. It features a traveling exhibition of original handmade amulets from three of the countries as well as panels, documentaries, creative workshops and a bazaar where attendees can buy their very own amulet. 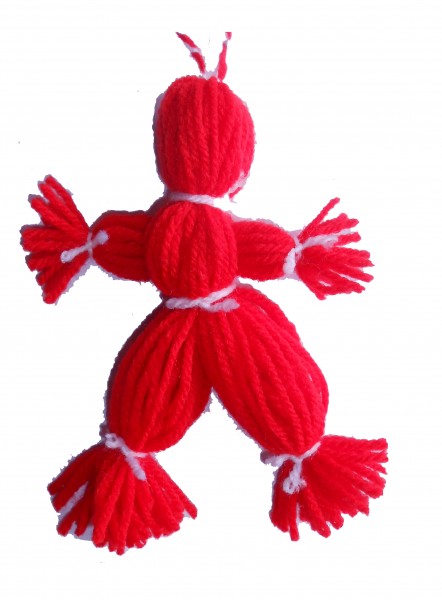 Hand-made ‘martinka’ from Macedonia. Photo by HAEMUS. Used with permission.

As part of the institutional cross-border partnership ”National Identities Within the United Europe”, this traveling exhibition with unknown final destination will first visit Skopje (Macedonia), then Vidin (Bulgaria) and Buzău (Romania) during March of 2016. The project is meant to directly support the multinational application to UNESCO to inscribe the amulet tradition in the Representative List of the Intangible Cultural Heritage of Humanity.

The fun associated with the springtime custom need not be limited to the Balkans. Wherever you are, you can join in by making your own martinka / mártenitsa / mărţişor / martis, as explained in this video tutorial from Bulgaria.

Vasilka Dimitrovska is the co-founder of HAEMUS – Center for Scientific Research and Promotion of Culture, which is one of the sponsors of the Happy Grandma March Day 2016.