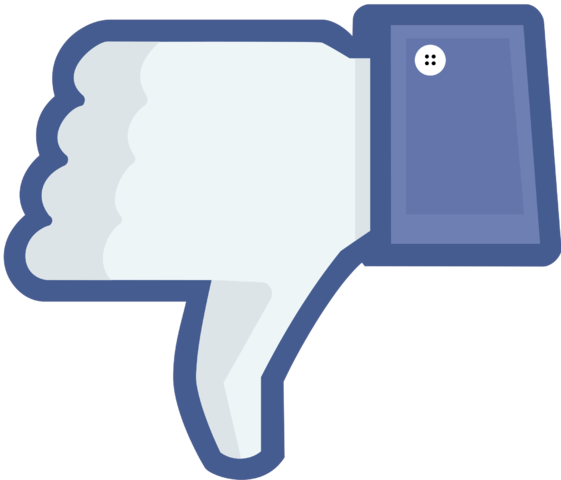 “Pegida Macedonia”, a Facebook page in Macedonian known for Islamophobic messages, has been taken down after Macedonian users spent weeks reporting the page for hate speech.

Boasting over 1.1 million users in a country with approximately 2 million citizens, Facebook is the most influential social media platform in Macedonia. Facebook also is frequently used to disseminate discriminatory and hateful content aimed at a Macedonian audience. Like other Balkan countries, Macedonia has a long history of multicultural traditions and its demographic structure has been described as multi-ethnic and multi-religious. The largest religious groups are Orthodox Christians (65%) and Muslims (33%), generally coexisting in tolerance.

Though many Macedonian users regularly report hateful posts via Facebook's “Report Abuse” mechanism, much of the content they report remains live. Over the last several years, Facebook has rarely removed a page, group, post or event when it has been reported for spreading discrimination or hate speech, even in cases when such postings included direct threats to individuals or groups.

On December 15, 2015, “Pegida Macedonia” was created on Facebook, a page that clearly promoted Islamophobia. It is unclear if the page's founders have direct connection with the German political movement Pegida (Patriotic Europeans Against the Islamisation of the Occident), or if they are just imitators. The page's contents caused many people to report it, and also to call upon their friends to do the same. Given that reporting abuse on Facebook has shown few positive results in the past, many of those outraged remained passive or pessimistic about the page actually being shut down. 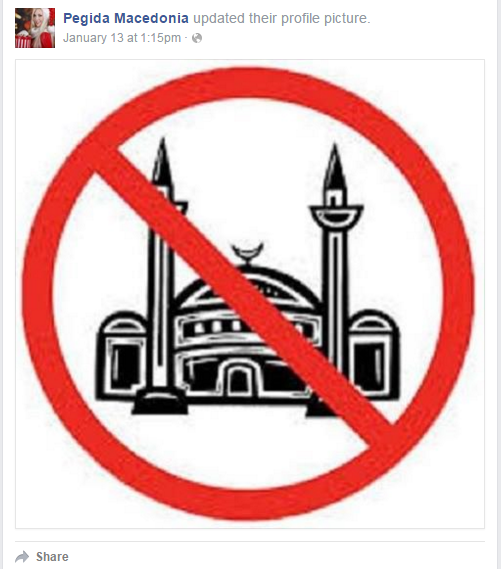 A profile picture of the page Pegida Macedonia on Facebook

Despite numerous reports, Facebook stated several times that the page did not violate its Community Standards, but some users nevertheless continued to report the page for abuse. Some directly addressed their friends who liked the page through tagging.

The number of calls to report this page on Facebook grew daily after the New Year and on January 26, 2016 Pegida Macedonia was finally shut down. One user, who reported the page for hate speech and wished to remain anonymous, received a notification explaining that this page violated Facebook's Community Standards.

Notification received by Facebook who reported the page because for violating Facebook's Community Standards.

The notification on Facebook boosted users’ hopes that such crowd-based efforts can bring positive results. Several Facebook users posted screen shots of the notification, which for many represented a sign that the quality of discourse in the community can improve with time. In addition, several local Macedonian media and campaigns that combat hate speech on the Internet wrote about this positive result achieved by the Macedonian Facebook users.