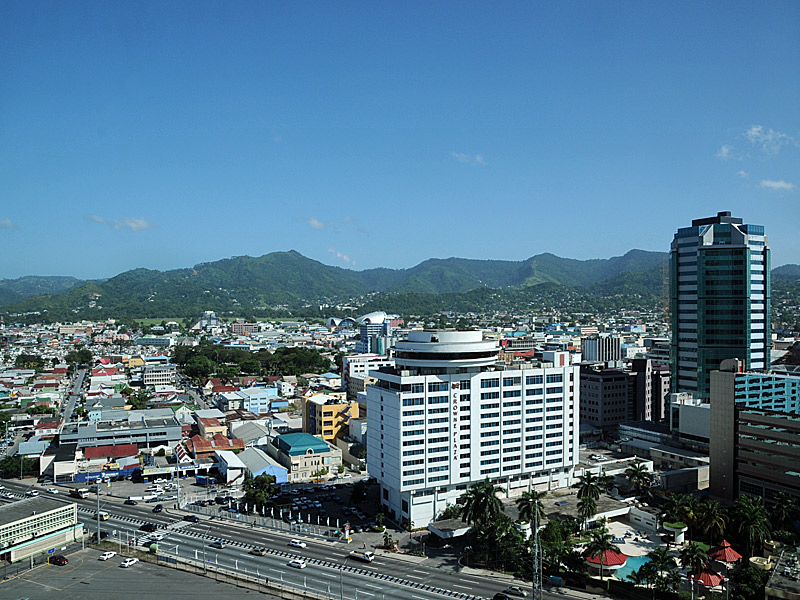 The Trinidad and Tobago Housing Development Corporation (HDC), the state agency charged with providing affordable housing options for the country's citizens, is mandated to focus on the needs of the low and middle income bracket. Imagine the uproar, then, when a list of people who received state housing under the previous Kamla Persad-Bissessar administration—which allegedly included everyone from government advisors to media personnel—was leaked at the beginning of this week.

The information comes at an already fraught time for the organisation, as the HDC is in the midst of an independent audit to figure out whether millions of taxpayers’ dollars were taken to settle “political debts” under the tenure of now suspended former Managing Director Jearlean John. Although John had implemented a system whereby the minister of housing, rather than her office, was in charge of housing allocation (the minister can legally allocate up to 25% of state housing at his or her discretion), the investigation still seeks to determine whether John knew about the alleged favouritism in providing houses to party supporters.

But it's not just the former government that is in the hot seat—accusations have also been levelled at current Minister of Housing Marlene McDonald. Satirical political blog Wired868, referring to the issue as “the furore surrounding Marlene McDonald’s request for a home for her boo“, explained that eight years ago, when she was culture minster, McDonald used her influence to secure an HDC house for her romantic partner Michael Carew. Carew, in turn, rented out the property.

One of the reasons that the housing allocation involving McDonald's partner is problematic for her is because the property has been rented, in breach of a clause in the lease which prohibits sub-letting. McDonald's reputation can also be compromised under the tenets of the Integrity in Public Life Act, which assumes impartiality in conducting official duties, especially when such decisions have the capacity to affect “the improper advancement” of personal or financial interests.

The ongoing and serious allegations against Housing & Urban Development Minister, Marlene McDonald, and UDECOTT Chairman, Noel Garcia, [which Global Voices covered here] are obvious distractions launched for plainly political reasons. That is not to dismiss the details of those serious allegations, since at this early stage it is impossible to make any real judgment as to guilt or blame. The current furore over these allegations detracts from any serious discussion of real issues about public housing, while at the same time being emblematic as to the depth of the problem.

Subsidised housing is an important part of the ‘welfare state’ provided by our Republic’s wealth and it is therefore necessary to establish the most effective policies and operational arrangements to maximise the benefits to the most needy.

It is now time for us to convene a comprehensive and transparent review of our housing policies and delivery mechanisms.

Raymond examined the current housing allocation policy and noted that an unfortunate outcome is that “the low income group has been substantially disadvantaged”, yet noted that:

In light of the provisions of the existing housing policy, it seems clear to me that the alleged recommendation made by McDonald was not in breach. This is the result of bad policy and those provisions need to be changed.

‘Such is our political climate’

The blogger “Mr. Live Wire” had a host of questions that are as relevant to the accusations against McDonald as they are to the leaked list of alleged housing recipients under the previous administration, leading him to conclude that both political parties are standing on shaky moral — if not legal — ground:

What is the point of the housing lottery for members of the public, if a minister could circumvent it with a phone call?

If ministers could prioritise whoever they wished, doesn’t this mean that party members or friends, relatives and sweet men of ministers and influential party members would hold an unfair advantage over other citizens?

Doesn’t this imply an implicit or potential violation of the HDC credo, which reads: ‘the Trinidad & Tobago Housing Development Corporation does not discriminate on any basis’ inclusive of ‘political affiliation’?

Political blog The Eternal Pantomime weighed in heavily on the most recent accusations of housing for party supporters. Referring to a 2014 report in which “a woman from Central Trinidad alleged that she was made to perform sexual acts on a government Minister in exchange for state housing on two occasions”, the blogger, Rhoda Bharath, said:

Poverty, need, neglect and vulnerability are not new conditions, nor are they new political tools. All contemptuous governments use and exploit the needs of citizens to gain political mileage and votes. The circumstances Patricia Singh describes are dire – single mother, old uncle – given the HDCs stated policies, where need is a criteria for receiving housing, surely Patricia Singh qualified based on need. Unfortunately, our electoral system has safe seats. And HDC houses are political currency. If a house is being distributed it is linked to political exchange. The receiver of said house has to be doing a favour for the state. The favour might stem from kick backs to being the visible face of a vote. Patricia Singh, a visibly Indian woman, in the [political party United National Congress] heartland had no political currency. She was always ever going to be exploited, sexually or otherwise because such is our political climate.

She concluded by saying:

Just like there are a million ways to skin a cat, there are many ways to give a blow job. The real question here is who exactly screwing whom?

Because while government officials are absolutely wrong for exploiting our housing needs and resources in this way, it is us, we, citizens who are agreeing to become part of the corruption and undermine the very systems that we complain are not working.