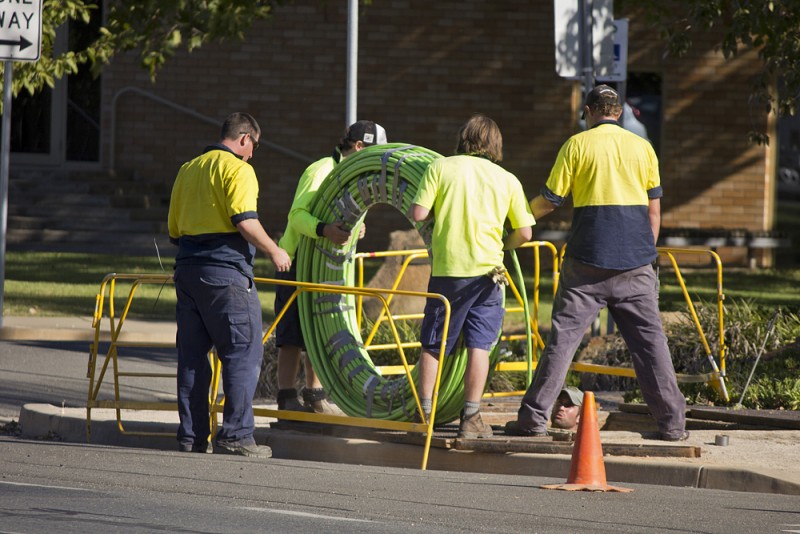 A journalist's allegations that Australia's national broadcaster prevented him from reporting on the contentious National Broadband Network has refocused the country's attention on the at times controversial digital development project. Debates around the initiative have touched issues of access, cost overruns, Internet speeds, and modes of delivery.

Nick Ross had been technology and games editor at the government-funded Australian Broadcasting Corporation (ABC) for five years before his departure at the start of January 2016. In an Ask-Me-Anything session on Reddit, which took place shortly after his departure, Ross described how managers told him to stop covering the Nation Broadband Network in 2013.

I knew when I was told to stop publishing on the NBN (three years ago) that this day would be inevitable. It's been a constant source of amazement that management have acted like people wouldn't notice me going from full-on NBN coverage to absolute zero and not ask why. They've been asking me constantly throughout this time – such is the interest in ABC and NBN – to the point where it's literaly made me ill and I'm still recovering. I hope this will start drawing a line under things and let me move on, but let's face it, the stink caused here will linger.

The session has attracted over 1,200 comments.

The ABC has denied Ross's allegations, according to media and marketing site Mumbrella, which also raised the issue of his objectivity:

Ross’s coverage of the NBN has at times been controversial with the ABC’s own Media Watch program highlighting in 2013 concerns about a lack of perspective in some of the reporter’s coverage relating to the NBN and whether fibre-to-the-premise was a better approach than fibre-to-the-node.

Quentin Dempster, investigative journalist and former staff-elected member of the ABC board, called for a formal inquiry into the matter.

@pascalg15 @QuentinDempster @whitfitzsimmons It's time some courage was shown. Abbott was the barbarian at the gate. He's gone.

Politicking and the National Broadband Plan

In 2009 Kevin Rudd's Labor government began a program to create a countrywide broadband network using a combination of fibre and fixed wireless and satellite technologies. At the time, then-opposition spokesperson Malcolm Turnbull of the conservative Liberal Party attacked the plan, arguing that it was too costly and technically ill-conceived.

When the Coalition conservative party took power in 2013, the plan was modified to suit a wider range of technologies. It has since come to represent a key issue that parties across the spectrum use to demonstrate their political commitments. Turnbull deposed Abbott as prime minister and leader of the Liberal Party in September 2015.

Another part of Ross's documentation is an audio recording of a conversation with his ABC manager, Bruce Belsham which took place in 2013, a few months before the federal election. To further complicate the issue, Ross secretly (and thereby illegally) taped the conversation.

New media website New Matilda published the transcript of the conversation and gave support to Ross in a series of posts tagged “False Balance“. In the transcript, Belsham appears to be asking Ross to write a story that is critical of the Labor party's NBN plan to avoid the ABC being attacked by the Coalition, another political party:

So you know, I dunno, I think, I’m just trying to, what I’m saying to you is, I can’t let you publish something about the copper and then about all the terrific benefits of [INDECIPHERABLE] that’s not going to happen with the Coalition, because basically, the world, the Turnbull camp and my superiors are going to come down on me like a tonne of bricks. We’ve got to give you some kind of insurance policy, you know. An insurance policy is an article where you are hard-headed about something to do with the NBN’s failings, or, you know, potential failings. One of the quite basic failures is it’s not going to happen. That’s a fundamental failing. The fact they’ve got to September 2013 and it’s not rolled out and it’s not in enough homes and it’s not in enough places to materially affect the vote is a failing.

Steven Maras at academic blog site The Conversation explored the ethical side of the interaction presented in the transcript:

The transcript gives us a rare glimpse of the subtle ways political considerations can influence and shape the work of editors and journalists on the ground. The ABC has said that the request to do a piece on Labor and the NBN “was the editorially responsible thing to do” following “an almost 11,000 word article severely criticising the then-opposition’s policy on the NBN”.

But Belsham goes further. What does he mean when he says “it’s going to be really kind of difficult for you” to publish more articles critiquing the Coalition’s plan? How does this work in terms of the ABC’s culture of independence?

If the role of a highly specialist expert like Nick Ross is to do no more than parrot the established lines of the rival parties and treat a technology story as just another political one, why not leave it to the press gallery? How is it “political advocacy” to conclude as a subject matter expert that one policy position is superior to another?

Conclusive evidence of the “gag” claim has yet to be presented. As a result New Matilda has copped its own criticism:

Meanwhile New Matilda's editor Chris Graham is promising to ‘“irrefutably” prove that Ross was gagged, according to the latest “False Balance” post: “The Ifs, Buts And Maybes Of The ABC Belsham-Ross Story“.

Though many Australians may have lost faith in the capacity of the major political parties to deliver a quality national network, the popularity of #IwantmyNBN Twitter hashtag shows that it is still a simmering issue down under.

We can expect that the NBN's toxic mix of technology, politics and the media is far from spent.