A Rare Snowy Day in Taiwan 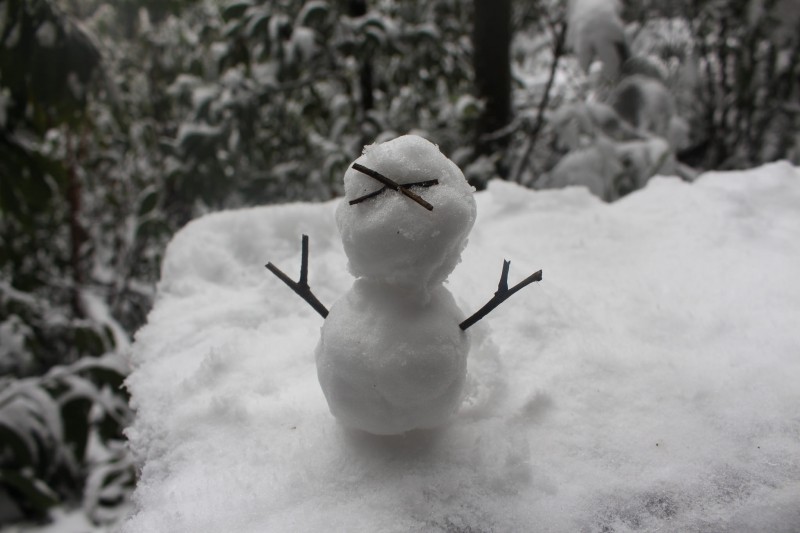 Given its subtropical and tropical climates, it is unusual to see snow on Taiwan island, unless you're 3,000 meters above sea level in the mountainous region during winter. However, due to the negative phase of arctic oscillation, the strongest cold front in 10 years hit Taiwan on January 24, 2016, and many areas below 1,000 meters in altitude were experiencing snow this past weekend.

Many Taiwanese took the opportunity to take photos of the perhaps once-in-a-lifetime snowy scenery. 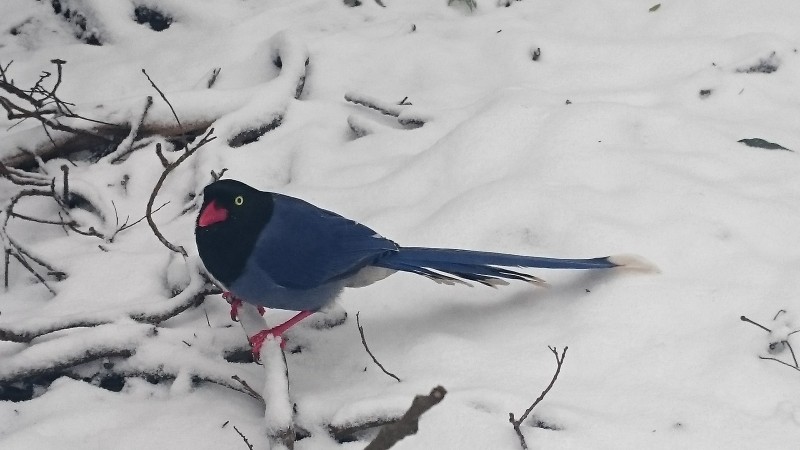 A Taiwan Blue Magpie in the snowy Yangmingshan National Park in Taipei, around 400-1,100 meters above sea level. Photo by andysu0408 on PTT, Taiwan's largest Bulletin Board System. Republished by Global Voices with permission. 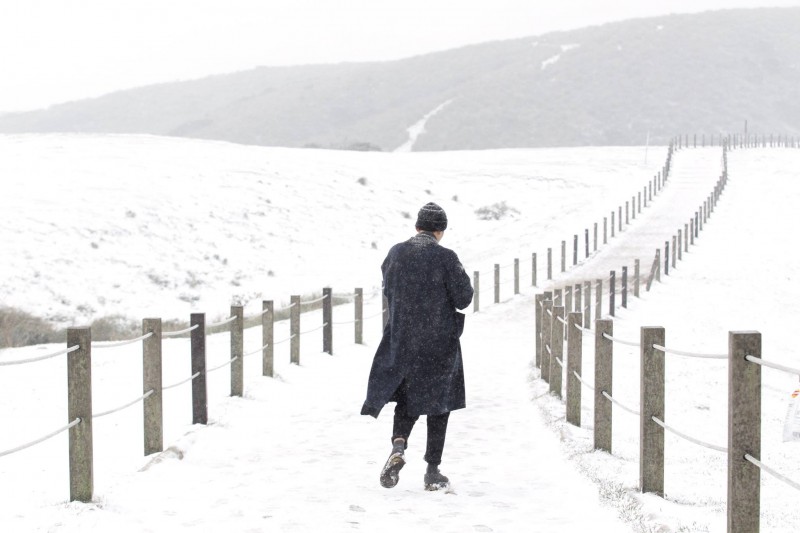 A man walking in the snowy Yangmingshan National Park. Photo by avant1997 on Facebook. Republished by Global Voices with permission. 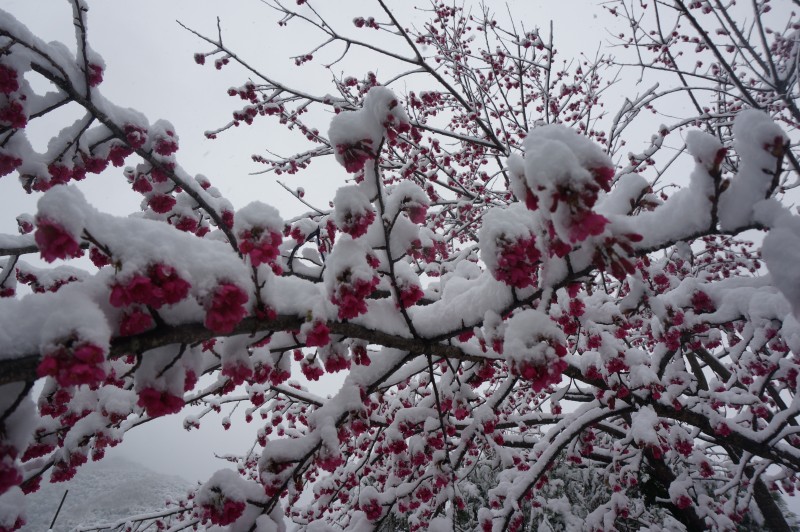 Sakura covered by the snow in Mrqwang. Mrqwang in Hsinchu is around 700-1,200 meters above sea level. Photo by Taya Yumin on Facebook. Republished by Global Voices with permission. 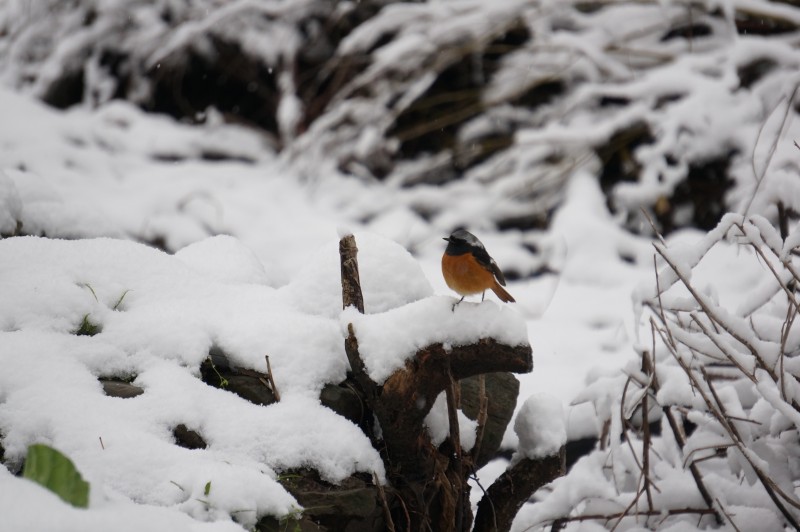 A Daurian Redstart stood in the snow in Mrqwang. Photo by Taya Yumin on Facebook. Republished by Global Voices with permission.

Since the air temperature dropped much more rapidly than the sea surface temperature, the rarely seen sea smoke was observed in southern Taiwan. This YouTube video posted by Ya-Lin Tsai was shot at Xiaoliuqiu:

The white weather hit vegetable and fish farmers hard, and deaths related to the cold have exceeded 40.

Taya Yumin lives in Mrqwang in Hsinchu with her family. She said that on January 25:

I went to our farm with Mom. We poured water on the vegetables and removed the snow and ice from their leaves. We worked in the field until freezing, but we still laughed and said that we should hold a parting ceremony for our vegetables. 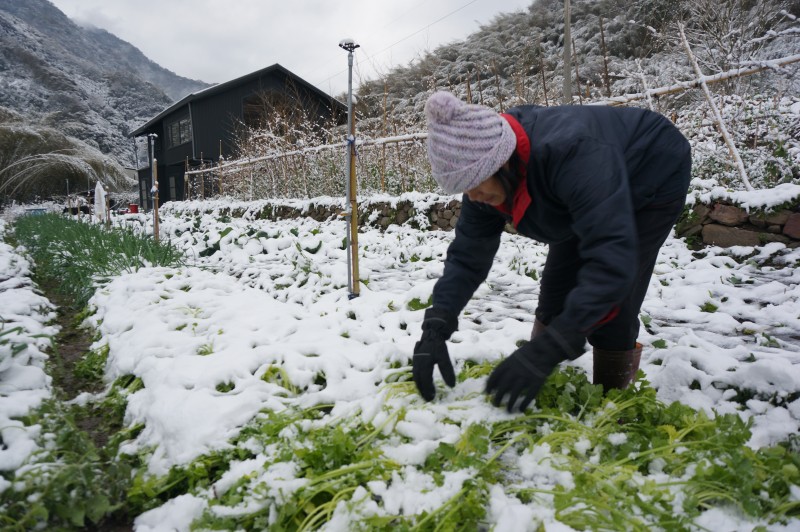 Taya Yumin's mother tried to save the vegetables covered by the snow. Photo by Taya Yumin on Facebook. Republished by Global Voices with permission.