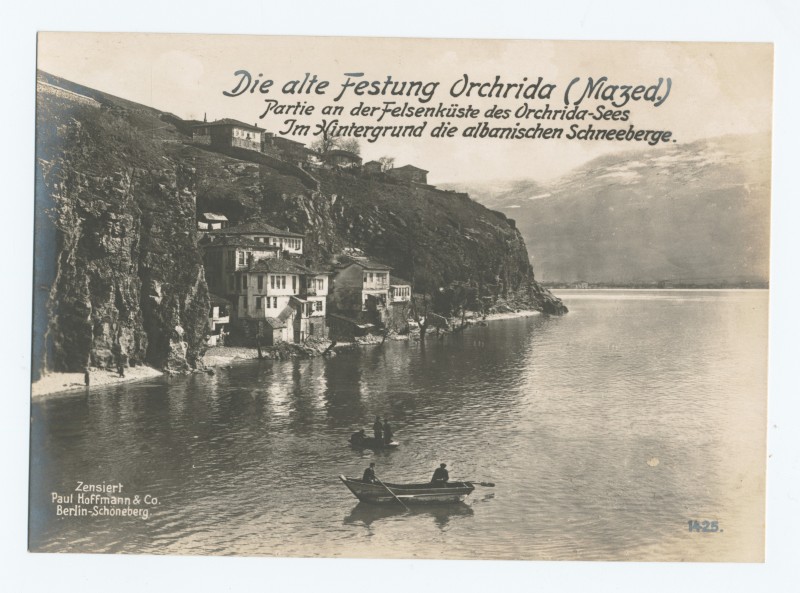 German World War I Postcard with a view of Ohrid, Macedonia. Photo from The New York Public Library Digital Collections.

In January 2016, the New York Public Library released more than 180,000 digitized items into the public domain. Many of these materials in the library are historical documents that can be referenced in academic studies, as well as downloaded and used or remixed for free since their copyright has expired.

Global Voices already highlighted valuable vintage contents that the library released related to Vietnam, Japan and India. One resource of interest to Europe is the collection of German World War I Photographic Postcards. Made between 1914 and 1918, these photos not only document military aspects of the war, but also provide views of places and people caught within its maelstrom.

The writing on the postcard featured above reads:

The ancient fortress of Ohrid (Macedonia). A part of the rocky coast of Ohrid Lake. In the background, the Albanian snow mountains.

In fact, the Albanian mountains would have been to the back of the photographer and not in the photo. The mountain in the background is Galichica, which today is a national park under threat.

Update Feb. 1, 2016: A photo taken from the same spot almost hundred years later, in January 2016, shows both constancy and change. 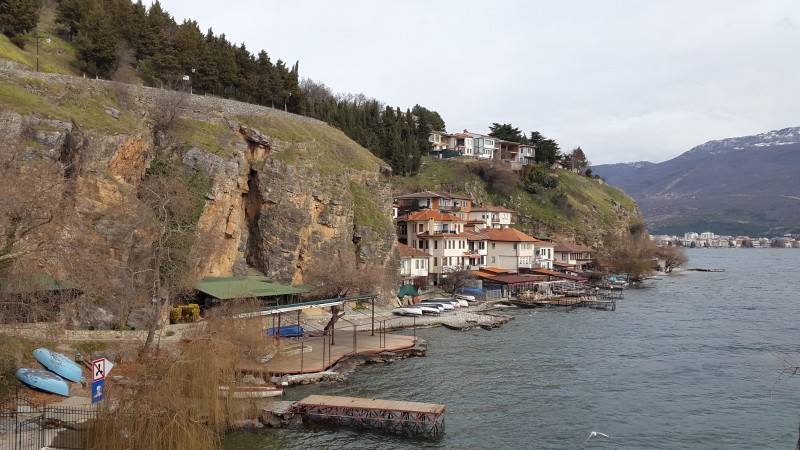 In 2008 Panoramio user Dejan2008 posted another recent “version” of this photo, taken from almost the same spot during the Summer. The rocky coast today serves as a beach during the summer months.

While Macedonia was one of the big battlegrounds of World War I (the “Macedonian Front“), the histories and local stories related to this event are not common knowledge for recent generations. To counter this tendency, Open Society Foundation Macedonia published in 2008 a digitized collection of letters by soldiers from Macedonia who had been drafted by the armies of neighboring warring states of Bulgaria, Serbia, Greece. One of the letters from this collection, named “Revealed Testimonies”, reads:

“We said to ourselves this war has no end. I had to write letters, so everyday I would beg a different person to write my letters. No one could write them as I wanted. I already knew some letters from the Alphabet and I learned how to write, so what's left from the wars was my ability to write letters, although with many mistakes.” – Ilija Stanoev 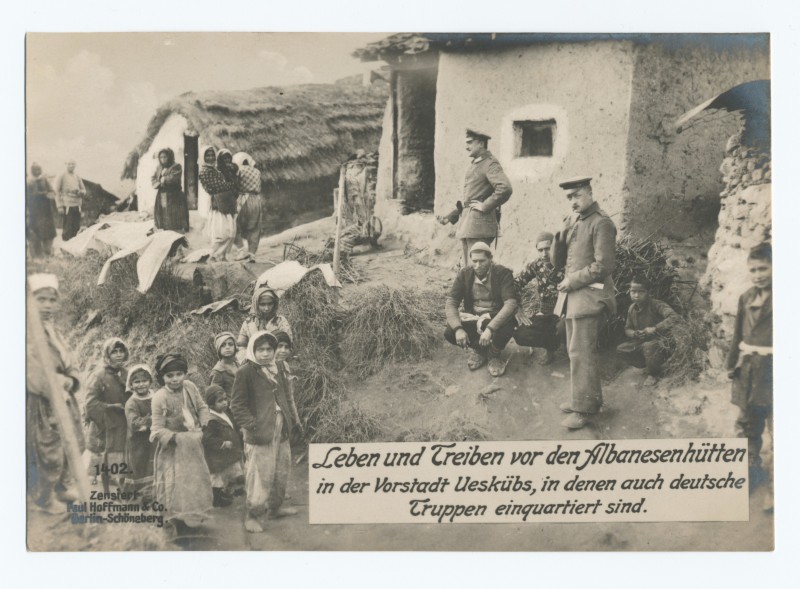 German troops quartered in the suburbs of Skopje in the houses of local ethnic Albanians. Photo from The New York Public Library Digital Collections.

In more recent years, in an effort to promote remembrance and reconciliation the French region of Lower Normandy and Macedonia together organized an exhibition marking the 100-year anniversary of World War I, as well as study visits and an exploration of cultural heritage remaining at the old front lines.

The New York Public Library's German postcards offer glimpses of the lives of ordinary people and serve as testimony to the characteristic ethnic diversity which graces Macedonia to this day. They might also give inspiration to researchers of various disciplines exploring the past, from ethnography to historiography. 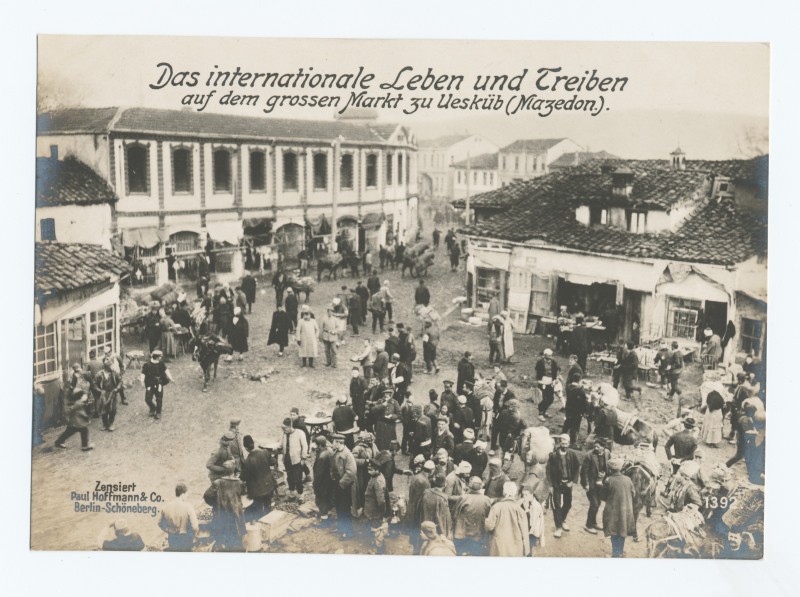 Ethnic diversity displayed through various attires at the Skopje market during World War I. Photo from The New York Public Library Digital Collections.