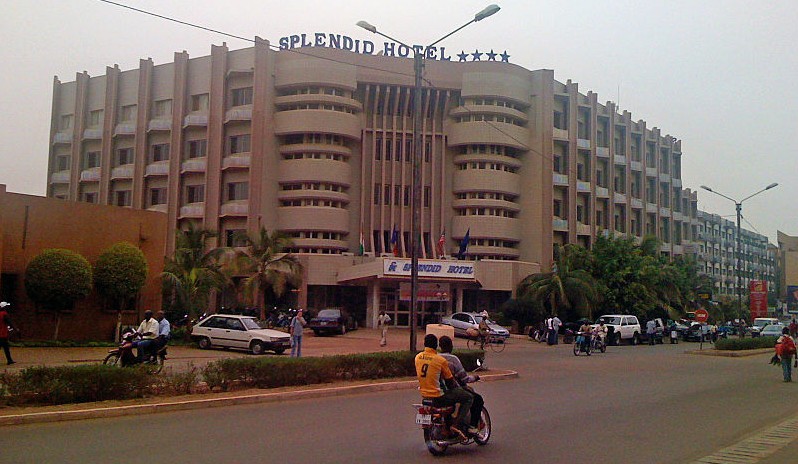 Burkina Faso is in mourning. Earlier this month, on January 15, armed adolescents attacked three businesses in downtown Ouagadougou, the country's capital. Gunmen hit the Bush Taxi bar, Cappuccino café, and Splendid Hotel, killing 30 people and injuring 56. Al-Qaeda in the Islamic Maghreb, or AQIM, has claimed responsibility for the attacks. AQIM says French military action four years ago in Sahel (the zone between the Sahara Desert and the Sudanian Savanna) spurred the attacks.

Burkina Faso Anti-Terrorism Commander Evrard Somda told Reuters that it became apparent as soon as police arrived at the scene of the attacks that this wasn't the usual hostage situation:

They wanted to kill the maximum number of people and for them it wasn't a problem to die. […] We couldn't just do what we wanted. We were obliged to take account of the life of the clients inside the hotel and avoid opening fire on them.

It was horrible… there was blood everywhere. They were firing at people at close range.

In an interview aired on the television network Burkina 24, another survivor said the attack came without warning, and there wasn't even enough time to run for cover. She simply hoped the bullets wouldn't reach her, she said.

Across the world, Twitter and Facebook users have shared in the grief of the country. The hashtag #jesuisOuaga (#IamOuaga) surfaced on social networks after the attacks, modeled on the “Je suis Charlie” solidarity campaign in January 2015.

Some of the local Burkinabés killed in the attack on Ouagadougou include:

Pascal Kinda (70), the former president of the Burkinabè Olympic National Committee and Sports:

Ahmed Kere (33), a translator. One of his friends wrote the following on Twitter, after learning about his passing:

Such a very sad day. A beautiful man, a friend, killed in a terrorist attack in #BurkinaFaso. He spoke of love, never hate. RIP Ahmed Kere

Rest in peace, brother. You will forever remain etched in our memories.

Her friends describe Jacqueline as likable and shy. “She wouldn't hurt a fly”, they said.

Other known victims of the attacks are listed here.

After the attacks, Burkina Faso observed three days of national mourning to pay tribute to the victims:

National mourning from 17 to 19 of January

72 hours of mourning. The idiots who did this are helpless. They cannot undo the unity of the nation. We are Burkinabé first and foremost.

Burkinabé Internet users have been disappointed in the world's response to the attacks in Ouagadougou compared to the recent Internet response to similar attacks in Paris:

Burkina mourns, but I see nowhere on Twitter #PrayForBurkina. Empathy for suffering should not be selective. Here is one prayer for Burkina.

Burkinabés are making a vow to resist, now and always, all forms of extremism and violence. The following poster widely shared on social network shows in the outpouring of support from local netizens:

[Sign reads, ”Every Morning, We Will Be Drinking Cappuccino in Splendid Burkina”] The response of Burkinabe to the terrorists and those who helped them. #lwili