Get a Glimpse of Life in ‘Fair Japan’ 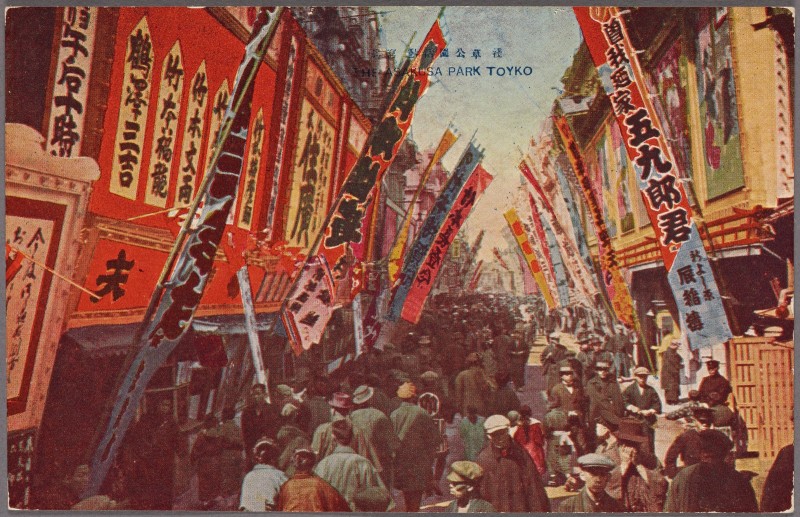 At the start of January, the New York Public Library (NYPL) released more than 180,000 digitized materials into the public domain. The images are for anyone to use, and include photos of just about any place on earth over the past century or so.

For Japanophiles, the NYPL's public domain collection is a treasure trove of thousands of images.

The photobook was likely intended to introduce the then-relatively newly opened country to various travelers from other countries who were either passing through or working in Japan at the time. 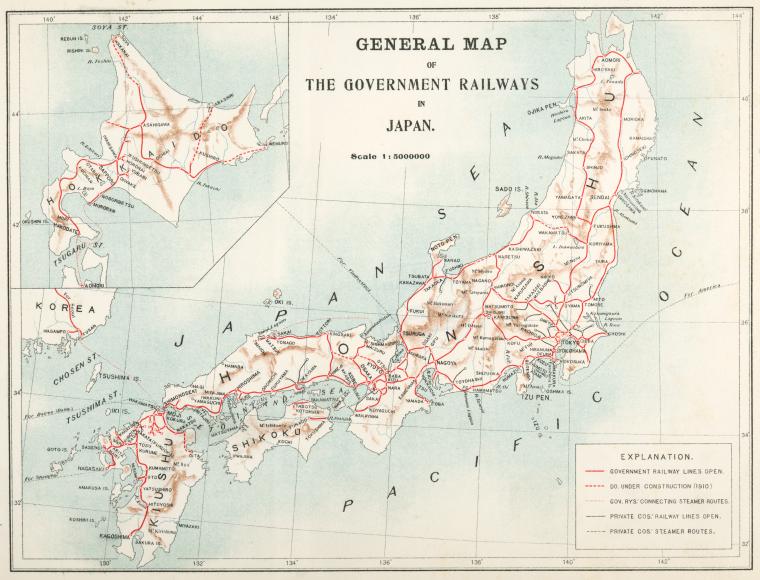 Ogawa's photos can adopt the typically exotic tone that was used to capture life in Japan in the late-Victorian and Edwardian eras. 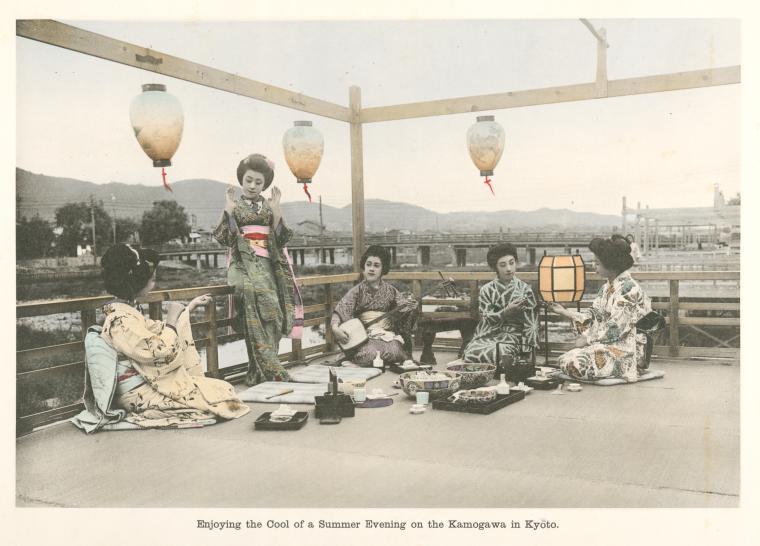 Enjoying the Cool of a Summer Evening on the Kamogawa in Kyôto. Image source: Digital Public Library of America, public domain.

However, many of the photographs published in “Sights and Scenes in Fair Japan” provide an objective and fascinating glimpse into life in Japan at the start of the 20th Century. 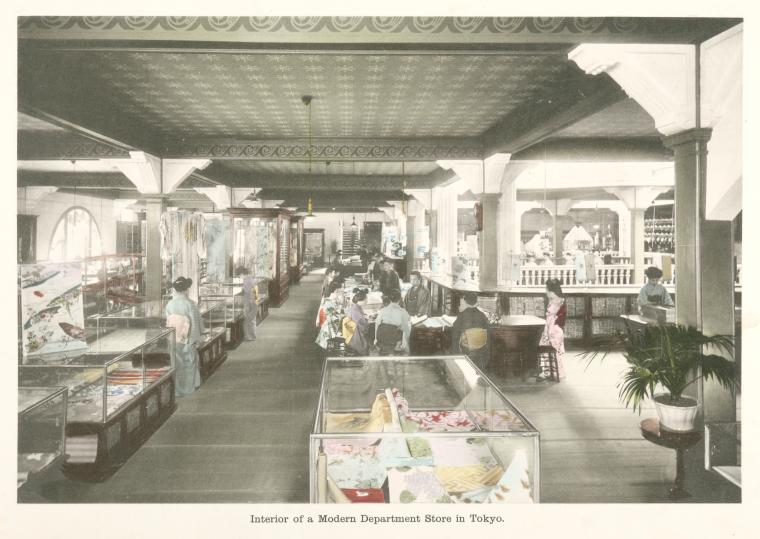 In some ways, the Japan of 1910 is still preserved more than one hundred years later. The beach resort area of Enoshima, for instance, which lies just to the south of Tokyo and Yokohama, is still recognizable in 2016. 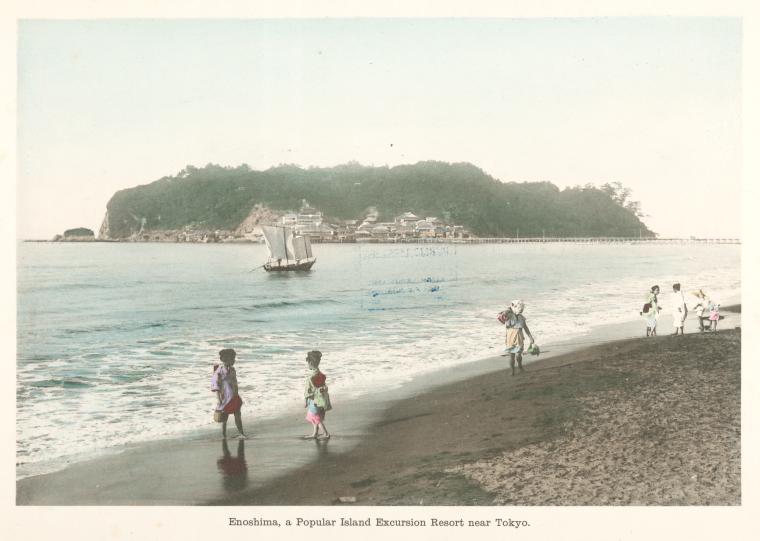 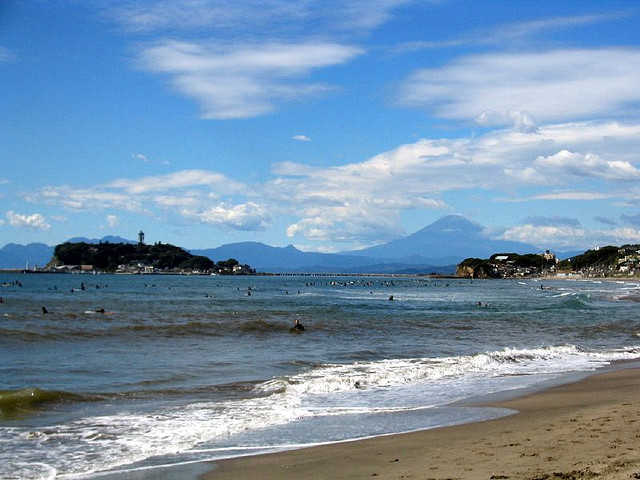 The New York Public Library's public domain digital archives feature historical images of Japan from other sources as well — here is a colored postcard from an unknown photographer (at least thus far) of Tokyo's Nihonbashi area, taken around 1922. 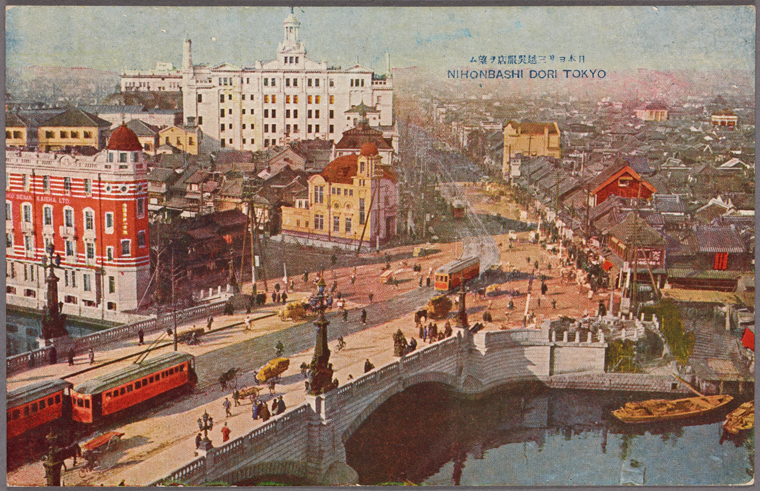 A year later, this area and much of the rest of urban Tokyo and Yokohama would be leveled and burned to the ground by the Great Kanto Earthquake of 1923.

However, the stone bridge at the center of the colored postcard still remains in use, although mostly obscured by an overhead expressway. 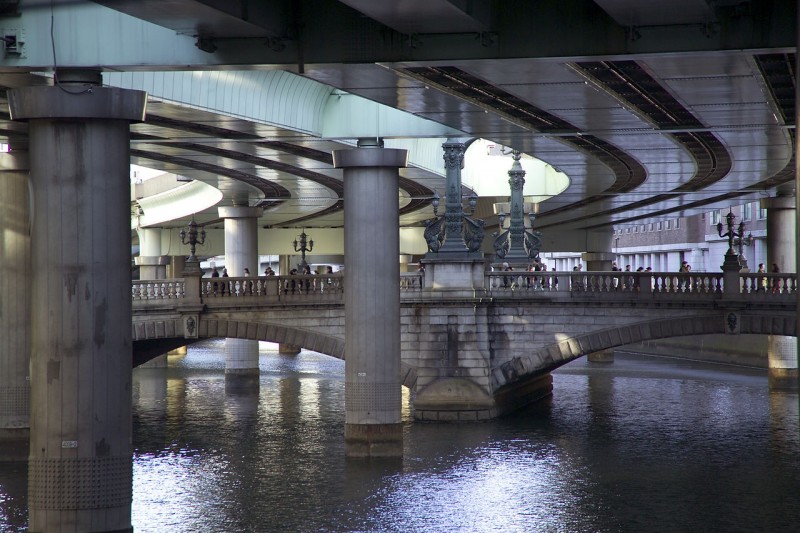 Photographer Ogawa Kazumasa traveled the length and breadth of Japan for his series of photos for Japan's Imperial Government Railways — here is a panorama of the town of Onomichi, located on Japan's Inland Sea just outside of Hiroshima. 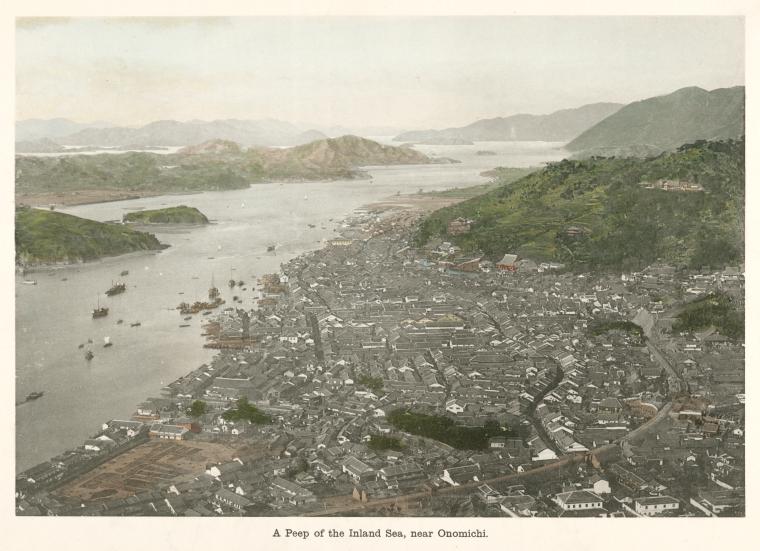 This is a similar view of the city as it appeared in 2015. 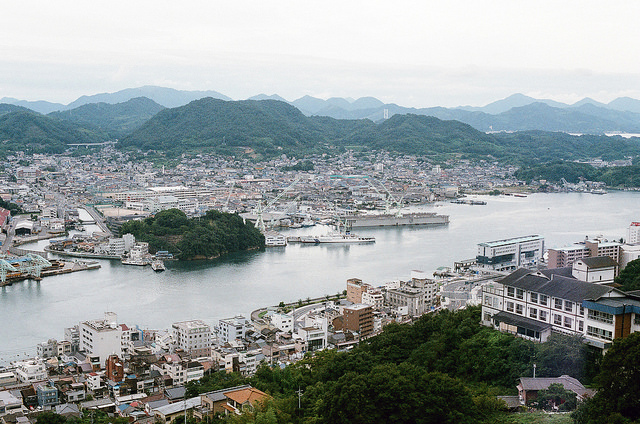 Another photographer traveled to Nagasaki in Japan's far western reaches to take photographs of the heart of the Meiji Industrial Revolution.

This is an image of the Mitsubishi Shipyard in Nagasaki from early in the 20th century. 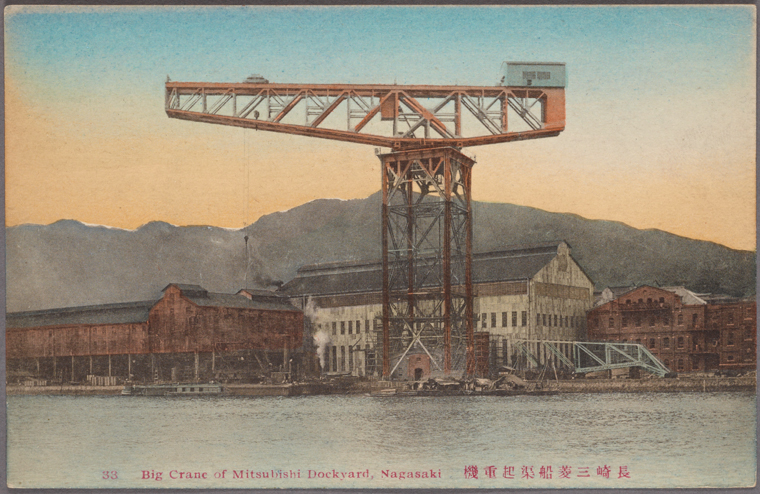 The iconic hammerhead crane still stands today, although it has been moved from its original location. 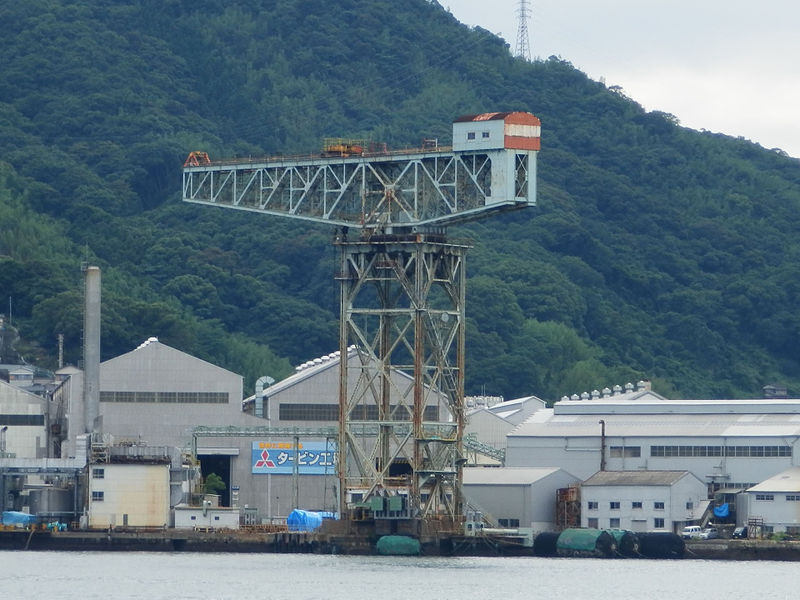 These images, as captivating as they are, only scratch the surface of the NYPL's digital image archive. If you make any discoveries, please leave a note in the comments! 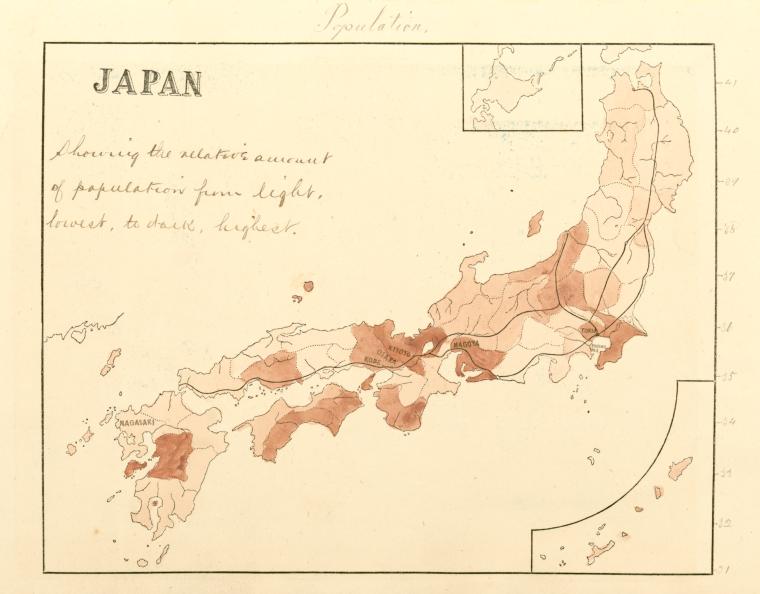