Climate Change Continued to Rear Its Ugly Head in 2015 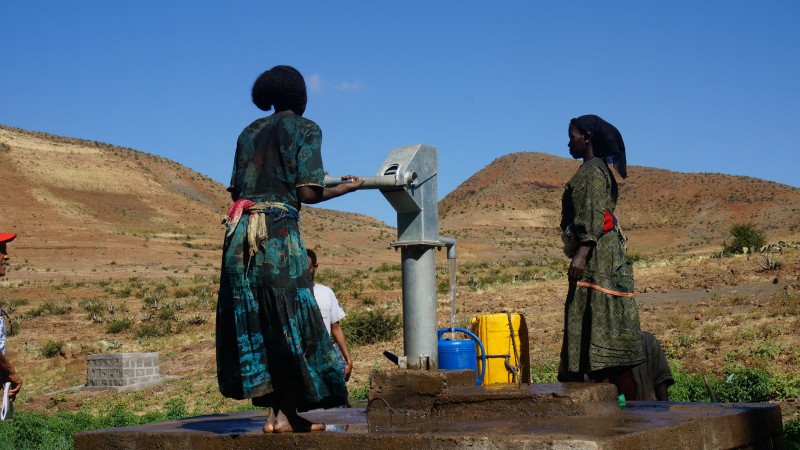 November 11, 2015. Ethiopia is experiencing a severe drought due to two consecutive poor rainy seasons, which means that millions of people are now in need of assistance. Photo by European Union/ECHO/Melaku Asefa. CC BY-ND 2.0

This article is based on a piece written by Thelma Young for 350.org, an organisation building a global climate movement, and is republished on Global Voices as part of a content-sharing agreement.

2015 was the hottest year on record. That’s a big headline and kind of hard to process. Behind that headline are millions of stories and statistics.

2015 was a year that we started to clearly see the fingerprints of climate change on extreme weather events the world over. 2015 has been called a tipping point on climate change; the first year where global temperatures stayed at more than 1°C above preindustrial levels.

Before we dive into the difficult details, something we’ve definitely seen time and time again this year is that people have a huge ability to help each other. Whether it’s a massive cyclone or horrible floods — we have seen people going above and beyond to help those around them. One of our favorite examples after Typhoon Soudelor was a group of citizens in Saipan who provided.access to water and other essential necessities to those affected by the storm.

There were many serious heatwaves that happened in 2015, but few as intense as in the Middle East in July and August. The Iranian city of Bandar Mahshahr documented a heat index of 73°C (164°F).  For many of the regions millions of refugees, the heat wave brought additional layers of stress.

India also faced extreme heat waves that claimed over 2,300 lives. The seasonal monsoons came late and temperatures continued to climb for too long. These images caught the world's attention:

Many parts of the world tackled extensive forest fires this year. In Canada, 6,000 forest fires burned an area the size of Sicily. The US had one of the most devastating forest fire seasons since 1960, with more than 11 million acres burned (that’s the size of Denmark). Thousands of people were displaced from their homes.

Too many super storms

In the Northern Hemisphere, there were a record breaking number of strong cyclones, hurricanes and typhoons — 22 category 4 or 5 super storms in total. The old record was 18. See the full list here.

For example, Hurricane Patricia intensified rapidly and became the strongest storm ever recorded in the Western Hemisphere.

This is how the strongest hurricane ever recorded sounds like. Images from Melaque, Jalisco @UniNoticias #Patricia pic.twitter.com/Zw4p29gqxT — Enrique Acevedo (@Enrique_Acevedo) October 24, 2015

A total of 90-95% of the heat from climate change has gone into the world’s oceans and that has helped make the 2015-2016 El Niño phenomenon to be worse than ever. Michel Jarraud, secretary-general of the World Meteorological Organization, said, “This El Niño is playing out in uncharted territory. Our planet has altered dramatically because of climate change.”

This has already lead to intense droughts in Papua New Guinea and East Africa, as well as severe flooding around the world – in Paraguay, Bolivia and Chennai, India. Learn more about the impacts here.

One city and five countries have already declared a state of emergency due to the current El Niño, while the United Nations has deployed emergency resources to a further 10 countries. Map: 350.org

Just how much hotter?

2015 wasn’t just hot by a bit, it was hot by a long margin. NASA reported, “Globally averaged temperatures in 2015 shattered the previous mark set in 2014 by 0.23 degrees Fahrenheit (0.13 Celsius). Only once before, in 1998, has the new record been greater than the old record by this much.”

15 of the 16 warmest years on record have now occurred since 2001. © Scientific Visualization Studio/Goddard Space Flight Center