The recent outrage about French fashion designer Isabel Marant, who faced accusations of plagiarism after using typical embroidery from Oaxaca, Mexico, in one of her collections, provoked an overwhelming and unexpected flood of discussion about collective intellectual property of indigenous communities in Latin America and the world.

Digital media, social networks and even a short film covered the controversy. All the buzz is a bit unusual, considering that this kind of thing has, unfortunately, been common throughout indigenous history. 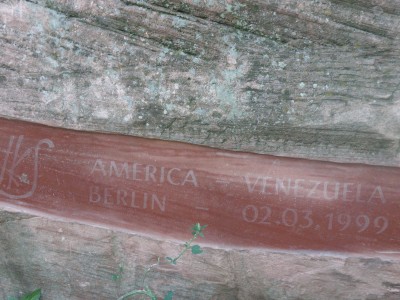 An equally important event, although less reported, happened in Venezuela in 1998. A jasper stone, weighing almost 30 tons, known by the Pemón community as Grandmother Kueka, was removed from its natural context and taken to be exhibited at the Tiergarten metropolitan park in Berlin, Germany. The gigantic piece was meant to be part of a project known as Global Stone, promoted by German plastic artist Wolfang von Schwarzenfeld.

The Pemón people are an ethnic group that lives in southeast Venezuela. Their settlements can be commonly seen in the Great Savanna, beautiful millenary flatlands with rocky tableaus called tepuyes.

Almost 20 years later, the subject is particularly sensitive for Pemón communities that live in the Canaima national park in southern Venezuela. Grandmother Kueka belongs to the cosmogony of this ethnic group and its departure left an irreparable void from a cultural point of view. 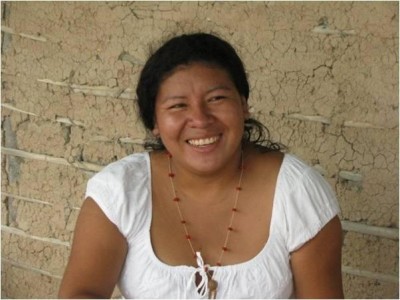 Ana Figueroa, a college professor specialized in bilingual intercultural education, lives in the San Antonio de Roscio community and is one of its authorities. As a Pemón member, she shares:

It would take a long time to explain the history of Grandmother Kueka. It belongs to the stories that our grandparents raised us with. Maybe the most important thing to say would be that it is part of our origins. It's the genesis, the first mother. In her, our Pemón culture originates. That's where we come from. Her absence has been very painful for our people. Even now we still wait for her return, in spite of the struggle we've been engaged with for so long.

After all these years, through its Ministry of Foreign Affairs and the country's Cultural Heritage Institute, the Venezuelan government has issued a formal petition to the German government for the return of Grandmother Kueka. But there have been delays, mainly due to the legal procedures typically involved in these actions, and the logistical requirements necessary for taking the stone back to the South American nation.

Although there are various opinions related to Venezuela's request, the petition for Grandmother Kueka's return is based mainly on two arguments: that its removal and delivery was an illegal act by the Venezuelan and German authorities, and the Pemón community has a legitimate demand for the restitution of an object with spiritual and holy meaning for its culture.

On Twitter, many users have expressed their desire for Grandmother Kueka to be returned:

Pursuing the rescue of our Grandmother Kueka http://t.co/5iOMprSjN1. And they even call the moron who took her an “ARTIST”.

Our Grandmother Kueka will soon be with us!! Hallelujah!!

Venezuela celebrates the International Day of the Indigenous Peope! So, we demand that Germany give back Grandmother Kueka.

Today, the huge jasper stone lies motionless, resting on someone else's land. For now, its children remember her and want her back home. Meanwhile, Grandmother Kueka waits and so does the Pemón community.