The Caribbean Prepares Itself for ‘Zik-V’ Virus Threat 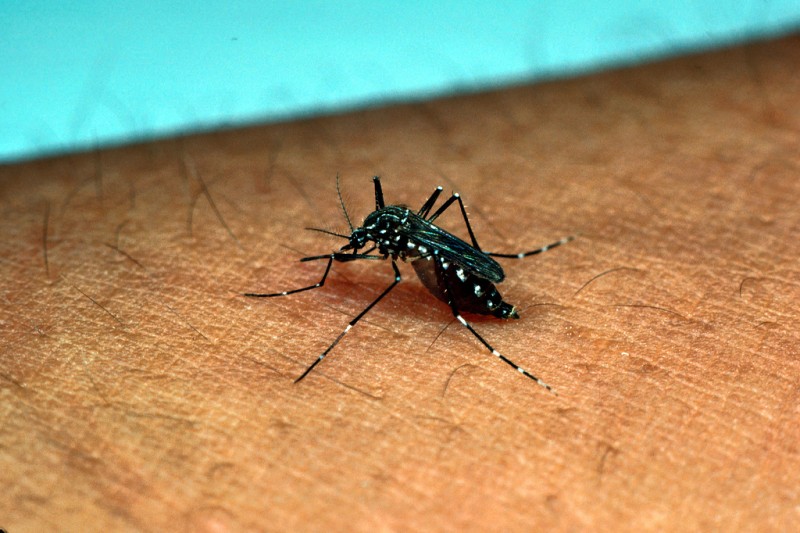 “Aedes aegypti on arm”; photo by AFPMB, used under a CC BY-NC-ND 2.0 license.

Ever since Brazilian health authorities confirmed that there is a link between the mosquito-borne Zika virus and a fetal brain-damage outbreak in the country (more than 3,500 cases between October 2015 and January 2016), netizens have been getting nervous about the health of pregnant women throughout the region.

The disease is now being considered a threat to public health in several Caribbean territories. Just last week, the Center for Disease Control issued an interim travel advisory related to the virus for 14 countries throughout Central and South America and the Caribbean.

There is, at present, no medicinal treatment or preventive vaccine available for the disease. An unusually high number of babies affected by the virus in utero are born with microcephaly, a developmental disorder in which the brain is unnaturally small and ceases to grow with the child, thereby limiting intellectual development and muscle coordination. Some of the infants have died as a result of their condition.

The regional blog Repeating Islands recently reported that Puerto Rico has recorded its first case of the virus. Pedro Pierluisi, Puerto Rico’s representative in Congress, advised that “the public should continue to take common sense steps to avoid mosquito bites, like using repellent and wearing long pants and shirts”. The post also confirmed that other regional territories such as Suriname and the Dominican Republic are being affected:

According to a report in Loop Suriname last week, the head of the Academisch Ziekenhuis Paramaribo (AZP) lab, where the first cases were confirmed, said thousands may be infected with the mosquito borne viral illness.

Once the disease reached the Caribbean, the Caribbean Public Health Agency (CARPHA) started taking action, advising people to protect themselves against mosquito bites and to ensure that their homes were not breeding grounds for mosquito larvae. The organisation even plans to launch a mobile game called Zap-a-‘quito to educate the public about the Aedes Aegypti mosquito and its potential breeding sites; it also noted that the virus is a threat to “health, tourism, social and economic development” in the Caribbean.

As far back as June 2015, Trinidad and Tobago's health ministry had warned citizens to take precautions against the virus. By November 2015, Jamaica began to take notice of the threat — having experienced a massive Chikungunya outbreak in 2014, the authorities were reticent to be unprepared once again. Jamaica's health ministry even released a fact sheet about the Zika virus.

The Jamaican Blogs reported this week that the country's health authorities have gone as far as to advise women to delay pregnancy because of the “Zik-V” threat, as it is called on the island:

Following reports linking Zik-V to micro-encephalitis, an inflammation of the foetal brain that can stunt the growth of the affected foetus’ head, the Ministry of Health has advised women to delay becoming pregnant for the next six to twelve months.

The Ministry also encouraged those already pregnant, to take extra precautions to prevent being bitten by mosquitoes given the possible link between Zika Virus infection and micro-encephalitis. […]

Minister of Health, Horace Halley says although there is no absolute proof, the evidence from Brazil and the information from the Pan American Health Organization/World Health Organization (PAHO/WHO) and other technical partners is strong enough for the ministry to take this position in seeking to prevent any possible adverse outcome to pregnant women.

The virus continues to move closer to Jamaica having already been detected in Haiti.