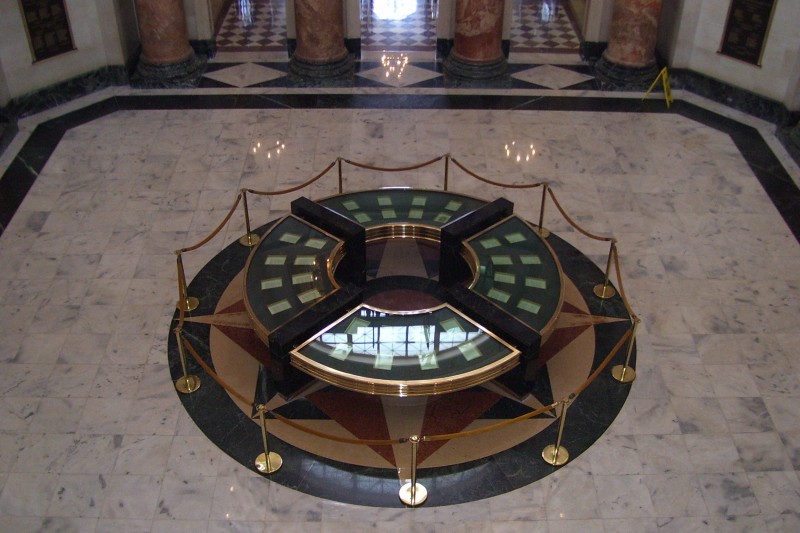 According to the United States Attorney General, Donald B. Verrilli, Puerto Rico's Constitution is not comparable to the constitution of a state; instead it has the status of a town charter. Image uploaded to Wikimedia Commons by Thief 12 [2]and utilized under the following license Creative Commons Genérica de Atribución/Compartir Igual 3.0 [3] (CC BY-SA 3.0).

A new chapter concerning Puerto Rico's political status has begun over the past weeks. This is due to a case under the consideration of the United States Supreme Court that questions whether Puerto Rico, which is a US territory, and the federal government each have their own sovereignty.

The case presented before the Supreme Court, Puerto Rico v. Sánchez Valle, started as a criminal case of the illegal sale of weapons and has to do with the double jeopardy clause in the United States Constitution (which guarantees that a person is not accused of the same offense twice, unless each accusation is under two distinct sovereign states). It has become one of the most interesting cases concerning the relationship between Puerto Rico, which as a territory has limited rights and lacks voting representatives in Congress, and the United States. Nothing similar has been witnessed since the famous Insular Cases [4] in the beginning of the 20th century in which policies that are still in force today were established.

Richard Pildes [5], a constitutional law academic, had anticipated since October [6] that the case would acquire greater significance both for Puerto Rico and the United States:

The issues are historically and legally fascinating, but also the most politically explosive and divisive issues in Puerto Rico:  they go to the existential question of what Puerto Rico is and what its current and future relationship to the United States is and is likely to be.

Following much debate, the Supreme Court of Puerto Rico ruled in favour of the accused, who had argued that since Puerto Rico does not have its own sovereignty, it is not possible to pursue Sánchez in Puerto Rican courts after he was tried for the same offense in federal courts. The implications of this decision troubled the governor of Puerto Rico, Alejandro García Padilla, who belongs to the ruling Partido Popular Democrático. As such, the administration decided to appeal the case to the US Supreme court.

Consequently, the US attorney general, Donald B. Verrilli, submitted a legal brief to the Court as amicus curiae (friend of the court), summarising Puerto Rico's judicial development under United States sovereignty. Verrilli concludes that, effectively, Puerto Rico does not have and indeed has never had its own sovereignty, but its sovereignty lies with the US Congress. This reiteration of the colonial relationship between Puerto Rico and the United States led Governor García Padilla to denounce what he understands as a change in the federal government's attitude. He expressed this in a letter [7] sent to the United Nations:

In a legal brief filed before the United States Supreme Court on December 23, 2015 […] the United States Government abruptly reversed course, and took the position that the Constitution and laws of the Commonwealth of Puerto Rico do not emanate from the people of Puerto Rico after all. […] The Commonwealth believes that the recent interpretation made by the Solicitor General on behalf of the United States of America is misguided and should not prevail in the Supreme Court. However, in light of the grave importance of this matter, I hereby fulfill my duty to the People of Puerto Rico and the international community by informing you of this development.

The case revived interest in Puerto Rico's status in the political arena, to the extent that it will probably become a relevant theme during this year's political campaigns. In 2013, sociologist Emilio Pantojas García published an article in Puerto Rican magazine 80 grados, in which he summarises the history of Puerto Rico's political status [8].

Another contributor to 80 grados, Carlos Morell, alluded to the Puerto Rican governor's stance in an article in which he expressed his differing opinion [9]:

[T]o say that the United States is changing its stance about what happened in 1952 is to forget about 50 years of history and discussion on the subject. In fact it cannot be amnesia, since it is hard to believe that one can be involuntarily oblivious to something of this magnitude.

In 1952, Puerto Rico's Constitution was approved through a referendum, and Puerto Rico became a Commonwealth of the United States (neither a state of Union or an independent country). This gave Puerto Rico certain autonomy. A year later, the United Nations removed [10] the island from its list of non self-governing territories.

According to Daniel Nina, in an article for the El Post Antillano, the attorney general's stance is not a novelty. Nonetheless, what he finds curious is who is currently stating it [11]:

It is the first time that, in a case tried before the federal Supreme Court, the government of the country in question, by means of its executive power, manifests this standpoint. Even so, it is consistent with the United States’ trajectory on the subject. In 2005, the White House had already published a report on the future of Puerto Rico in which a similar view was expressed. It is worth noting that this was stated under [former US President] George W. Bush a decade ago. Now it has been stated under Barack Obama's government. Bush is Republican, Obama is a Democrat. Both presidents are stating the same thing: that is the novelty.

The US Supreme Court publicly addressed the matter [12] on 13 January, but the case is still pending.