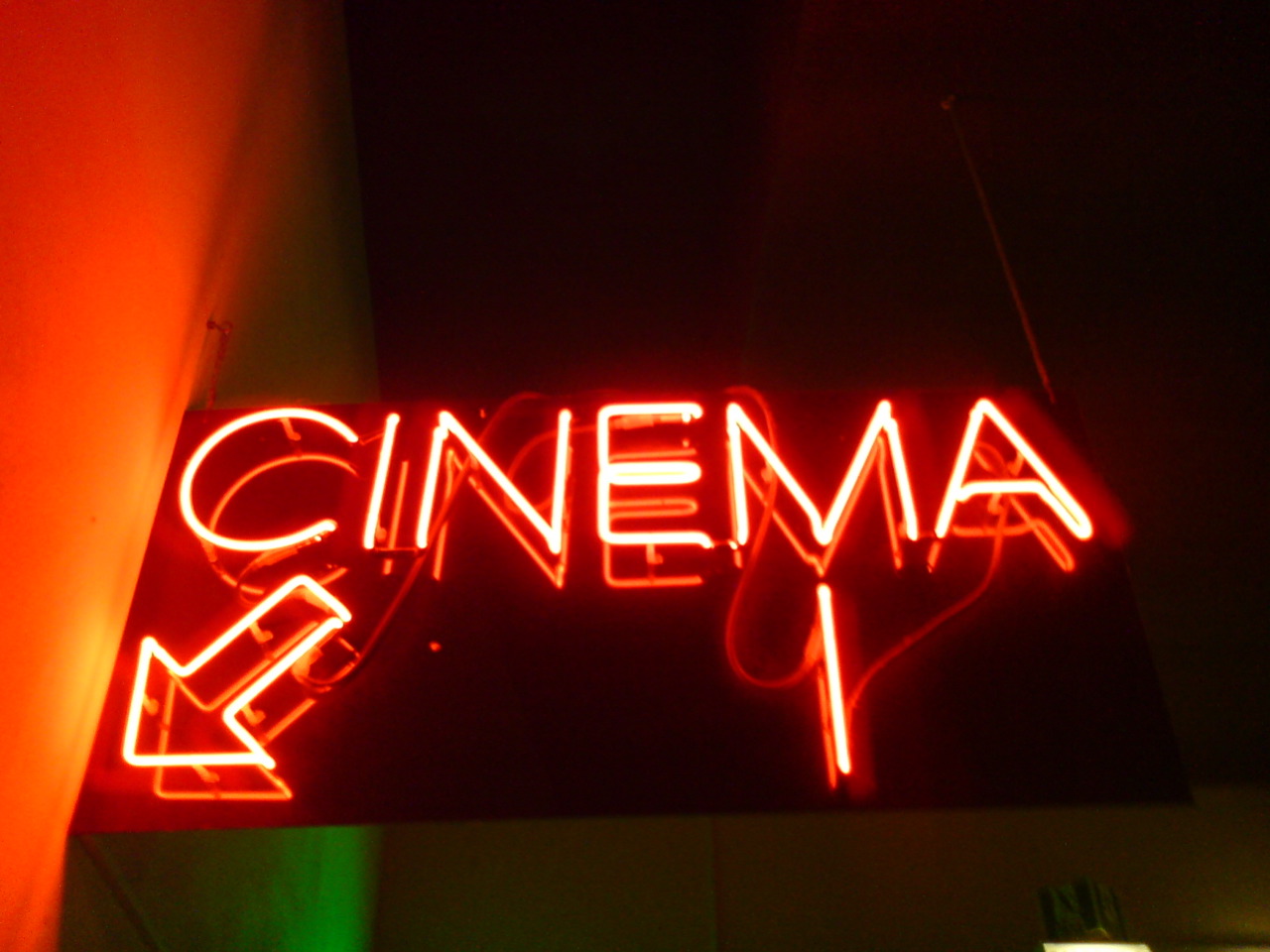 This story was compiled and edited by Taisa Sganzerla, L. Finch, Georgia Popplewell and the Global Voices community.

There's a big, wide world of film out there, but we don't often see that diversity represented on our local theater marquees, and it can be a little daunting to break out of the mainstream and explore the vastness of world cinema on your own.

So we've done the work for you. We crowdsourced movie suggestions from the Global Voices community of authors, editors and translators around the world, and came up with a list of 16 films from five different regions, ranging from the old to the new, from the internationally praised to the completely obscure.

Movies are a great way to get a glimpse into a place or a time you know little about. Ready for some armchair travel? Read on.

Manila in the Claws of Light (Philippines, 1975) 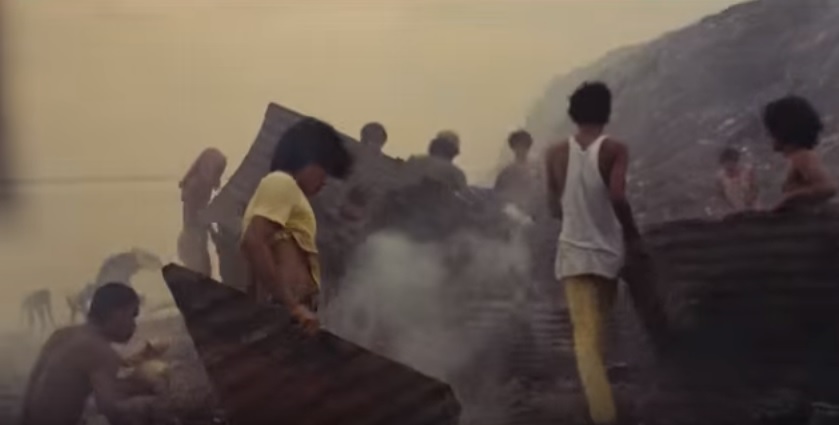 Screenshot from Manila Under the Claws of Light. 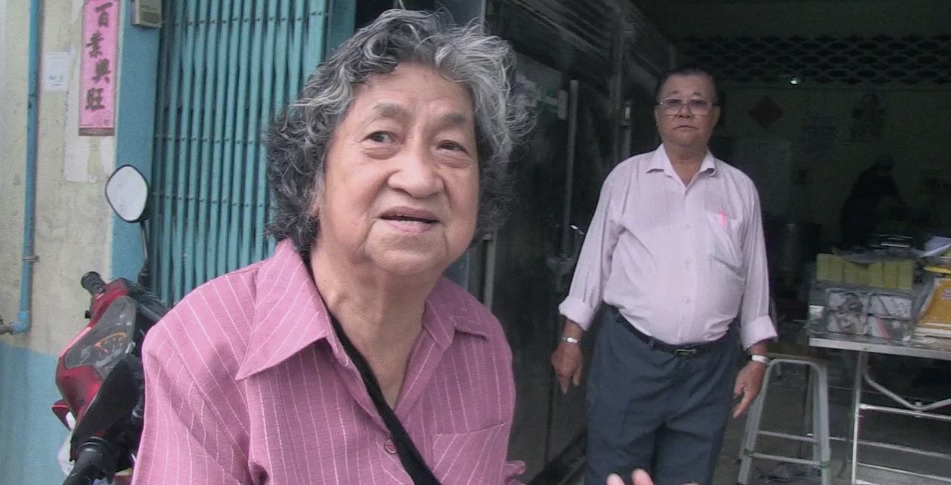 Screenshot from To Singapore, With Love

This documentary, which has been banned in Singapore, profiles nine political exiles who fled the island nation in the 1960s during Lee Kuan Yew’s crackdown on leftist activists, and out of fear of persecution, never returned. The current Singaporean government claims the film gives a “distorted and untruthful account of how [the individuals] came to leave Singapore”. Trailer on Vimeo, available to stream in its entirety for a fee. (Recommended by author Kristen Han) 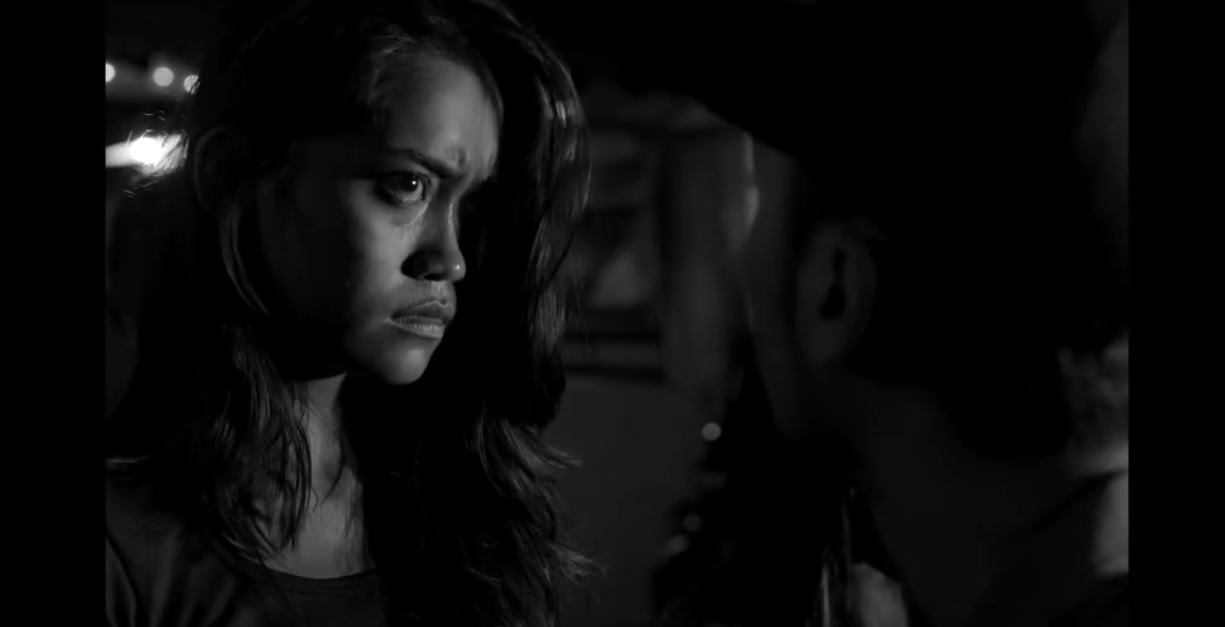 Winner of Best Film at the 2015 Indonesian Film Festival and Best Original Script at the Shanghai International Film Festival, Siti depicts the struggles of a young wife working, to support her family, as a karaoke hostess in the tourist hotspot of Parangtritis Beach in Jogjakarta. Trailer with English subtitles available on YouTube. (Recommended by translator Juliana Harsianti) 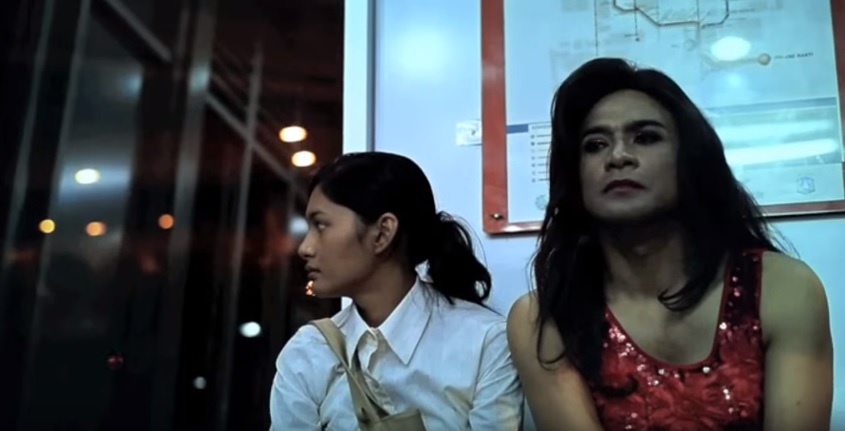 Another Indonesia production about family relationships, this film follows the journey of a pious woman who finds her estranged father living as a transgender prostitute in Jakarta. Starring award-winning Indonesian actor Donny Damara, this is a rare example of a Southeast Asian movie centered on LGBT issues. Trailer available on YouTube in Indonesian. (Recommended by author Juke Carolina)

A revealing short documentary on the sterilization policies the US imposed on Puerto Rico in the 1950s and 60s. Over a third of the nation's women were sterilized as hospitals refused to admit healthy pregnant women for delivery unless they consented to sterilization afterwards. (Recommended by Spanish-language editor Firuzeh Shokooh Valle) 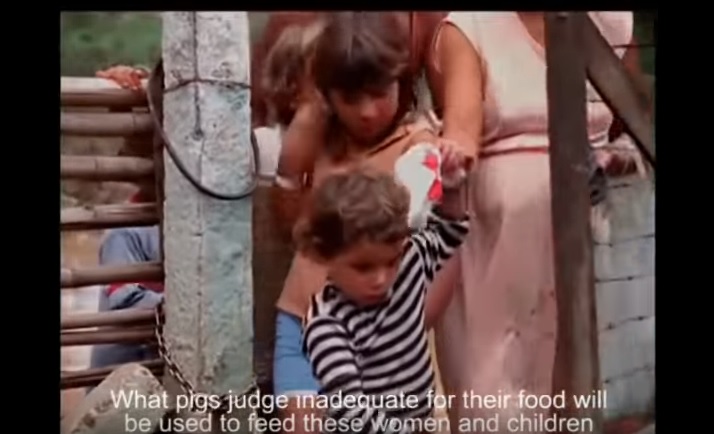 Screenshot from Isle of Flowers

An absolute classic, this award-winning 13-minute short film was screened endlessly in high-school classrooms in Brazil in the 1990s. With its satirical voice-over narration and bizarre illustrations, the movie follows the journey of a rotten tomato all the way from a small farm to a landfill where a group of families live. (Recommended by author Fabiano Post) 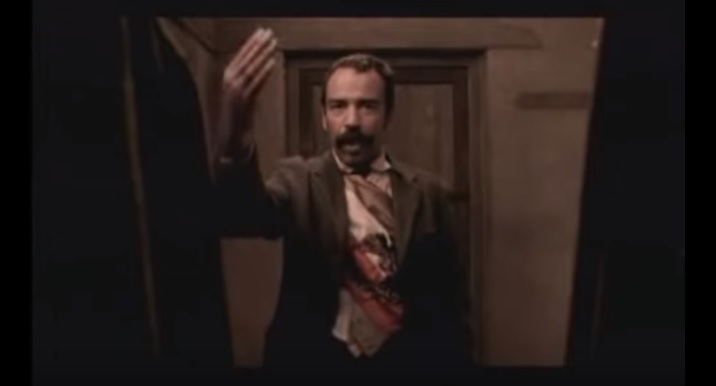 This Mexican comedy tells the tale of a janitor-turned-mayor of a town in the middle of the Mexican desert who gradually realizes exactly how far his newly acquired power and corruption can get him. The title refers to what some see as the governing principle of political life in Mexico: do it to them before they do it to you. Trailer available on YouTube in Spanish. (Recommended by author and social media team member Elizabeth Rivera) 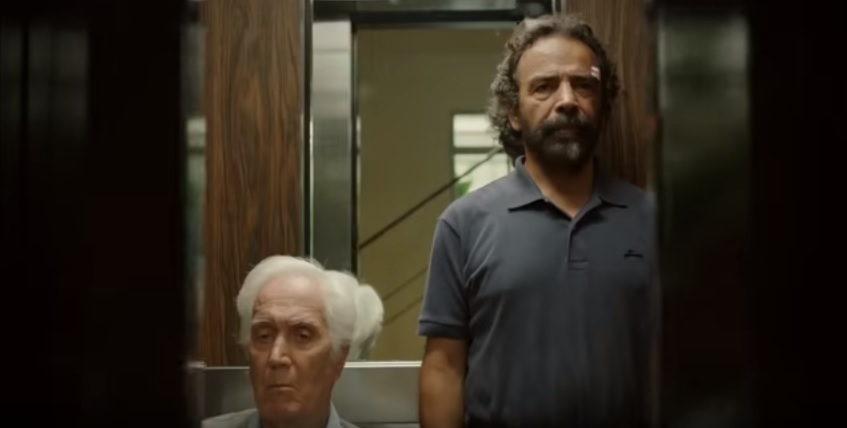 A nominee for this year's Spanish Goya Awards, the film follows a veteran soldier-turned-taxi driver in Lima and his struggles with memories of deployment in Peru's Andean region of Ayacucho, the former base of the Maoist guerrilla insurgency Shining Path. Trailer on YouTube with English subtitles. (Recommended by author and translator Gabriela Garcia Calderón)

Screenshot from The Longest Distance

A moving story of a 10-year-old boy who travels to La Gran Sabana to meet his grandmother and rebuild family ties. This road movie takes viewers from the turbulent urban environment of Caracas to the rural landscapes of the Venezuelan state of Bolivar, all the way to the top of Mount Roraima. Trailer available on Vimeo with English subtitles (Recommended by author Marianne Díaz) 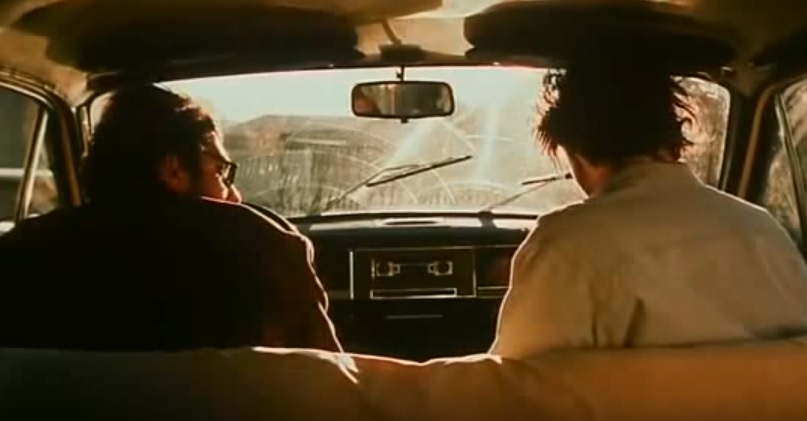 Screenshot from A Trip to Karabakh

Looking to buy drugs, a group of young Georgian men cross the border into Nagorno-Karabakh—the region between Armenia and Azerbaijan contested since the fall of the Soviet Union—but end up being detained by local authorities. (Recommended by author Mirian Jugheli)

Screenshot from Shadows of Forgotten Ancestors

Considered a key cinematic work in Ukraine, the film delves deep into the culture of the Hutsuls, an ethno-linguistic group from the Carpathian mountains. (Recommended by RuNet Echo editor Tetyana Lokot) 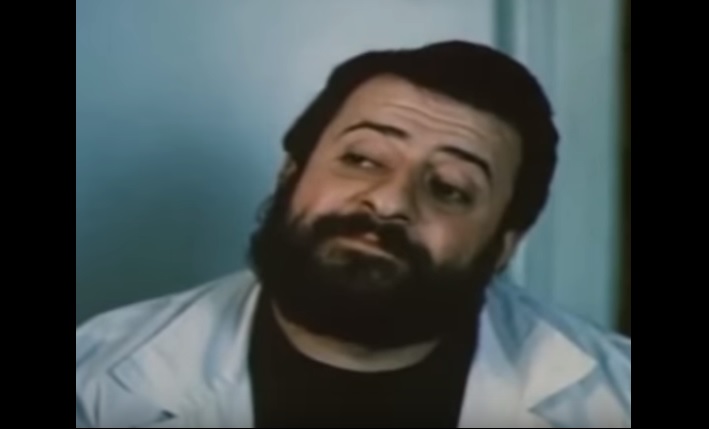 Screenshot from The Scoundrel

If you enjoyed the Oscar-nominee Leviathan (2013) and would like more insight into Soviet Russia, don't miss The Scoundrel (Yaramaz in Azerbaijani), a comedy tackling the corruption of the late Soviet bureaucracy in Azerbaijan. (Recommended by author Arzu Geybullahyeva) 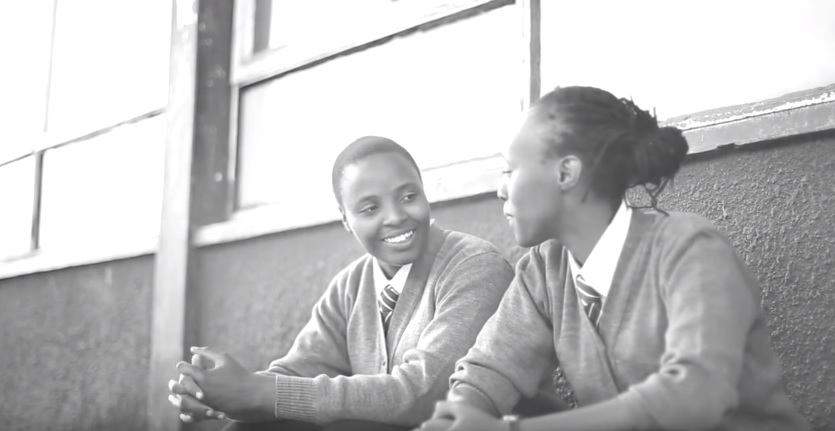 Screenshot from Stories of Our Lives

This movie, produced by a Nairobi-based arts collective, is comprised of five short stories exploring LGBT issues in the country. Due to Kenya's anti-gay laws, the film has been banned locally. Trailer available on YouTube in English. (Recommended by author Pernille Baerendtsein) 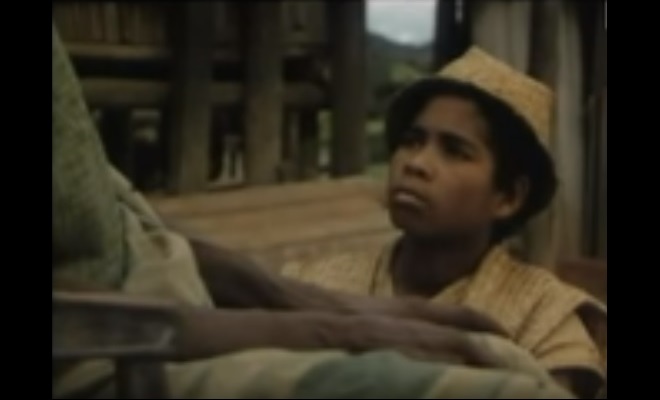 Its title means “rambling” in Malagasy, but it's also a code word describing the events of the 1947 Malagasy Uprising. This movie depicts a Malagasy village's struggles for independence from French colonial rule during that period. (Recommended by Lova Rakotomalala)

Screenshot from No One Knows About Persian Cats

Through the eyes of two aspiring musicians in Tehran, the film gives viewers a peek into Iran's underground music scene. Its soundtrack features some famous Iranian musical talents, such as the rapper Hichkas and rock band Yellow Dogs, whose vocalist and drummer were murdered in New York in 2009. Trailer available on YouTube with English subtitles. (Recommended by Iran editor Mahsa Alimardani)

Screenshot from Where Do We Go Now?

This movie takes viewers into Lebanon's hinterland in the 1970s, as the country is on the brink of civil war. When animosities between Christians and Muslims begin to build in a small village, a group of women conspires to keep the men from fighting each other. Trailer available on YouTube with English subtitles. (Recommended by contributor Mohammed Najeen)