Let's Not Forget There Are Still Political Prisoners in Iran 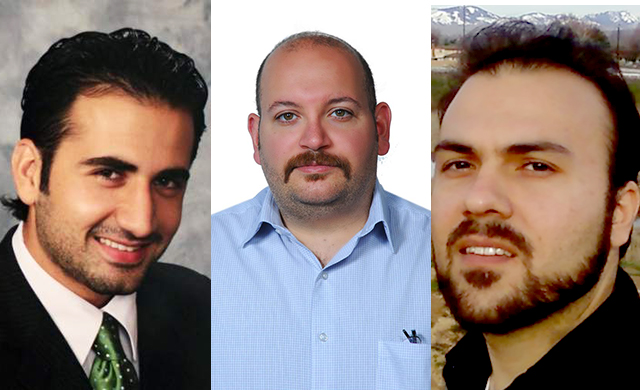 Four Iranian-American prisoners were released today in an agreement with the U.S. government. Image by the International Campaign for Human Rights in Iran.

Four Iranian Americans including Jason Rezaian, the Washington Post reporter who was imprisoned for the past 18 months on dubious espionage charges, were released in a prisoner swap with the United States over the weekend.

The Tehran Prosecutor said that the exchange, in which seven Iranians held by the US were released, was “in the national interest.”

Alongside Rezaian, dual citizens Saeed Abedini, Amir Mirzaei Hekmati, and Nosratollah Khosravi were granted their freedom. Iran also released American student Matthew Trevithick, whose name had originally been withheld because his family had not wanted to publicize his arrest.

The news was certainly a happy development for families and friends of those imprisoned, but threatened to overshadow the plight of Iranian political prisoners who do not have a powerful foreign power to lobby on their behalf.

“If this release signals Iran’s desire for international reconciliation, so too it must move forward with national reconciliation,” Hadi Ghaemi, executive director of the International Campaign for Human Rights in Iran, said in a press release. The campaign is a partner of Global Voices. “And that means the release of the many political prisoners behind bars in Iran.”

The campaign listed some of the names of those who remain behind bars in Iran for their peaceful work:

Global Voices Advocacy has also been following the stories and advocating for the release of the unjust arrests of technologists, netizens and others persecuted against freedom of expression rights such as Saeed Malekpour, Atena Farghadani, and Mostafa Azizi. Other dual and foreign nationals still in prison in Iran, according to the campaign, include Siamak Namazi, an Iranian-American arrested in September 2015; Kamal Foroughi, the 76-year-old Iranian-British national held since 2011; and the Lebanese national Nazar Zaka who lived in the US and was arrested while attending a conference in Tehran in September 2015.