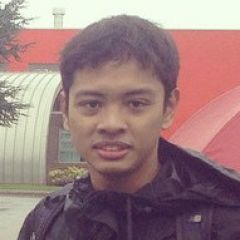 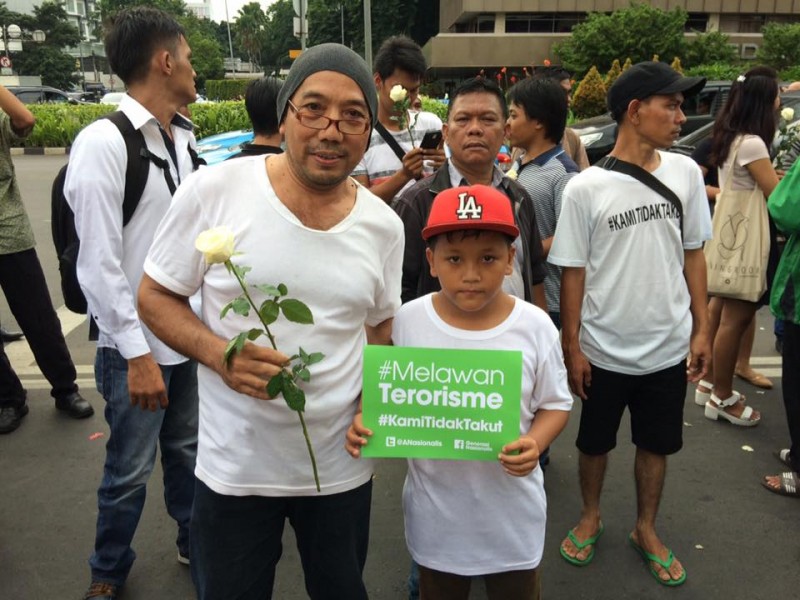 A peace rally was held in Jakarta a day after armed men attacked several locations in the city. A child carries a placard with the slogans Melawan Terorisme (Fight Terrorism) and #KamiTidakTakut (We are not afraid). Photo taken by Carolina

A day after the Indonesian capital of Jakarta was hit by a series of blasts and gun attacks, life is back to normal for many residents, but the country's security forces continue to be on high alert.

Militant group ISIS later claimed the attack on January 14, 2016, was the handiwork of one of its networks in the world’s most populous Muslim-dominated nation.

The first blast followed by gun shots were heard around 10:50 a.m. in Jakarta's Thamrin area, which is near the presidential palace, foreign embassies and United Nation offices.

Jakarta was previously targeted by the Jemaah Islamiyah, an Al Qaeda splinter, in 2001, 2004, and 2009. This spate of violence left seven people dead, five of whom authorities said were assailants, and raised security alerts across Indonesia and nearby countries in the Southeast Asian region.

President Joko Widodo condemned the attack and advised citizens to remain calm. He also urged the public to cooperate with government forces in keeping the capital city safe.

My condolences to the victims. We will apprehend and bring to justice the perpetrators and those who masterminded the attack

There's no place for terrorism in Indonesia. Every citizen of the world must fight it.

One of the hashtags that trended after the attack was #KamiTidakTakut (We're not afraid), which reflected the sentiment of many Indonesians to remain strong and united in the face of adversity. Even the police acknowledged the value of the hashtag in promoting unity in the country:

Good morning partners, following up on yesterday's attacks in Sarinah, Thamrin. All of us at National Police extend our thanks to the Indonesian youth who initiated the hashtag #KamiTidakTakut (We are not afraid). It trended just hours after it was launched and highlighted other topics too. Thank you for being positive buzzers, keep up the fight. Tribrata Salute.

These tweets also capture the resolve of many Indonesians to overcome this tragedy:

This attack won't weaken Indonesia; on the contrary, Indonesia will be stronger.

We defend Surabaya from mechanized Allies roops in 1945 for 30 days using Bamboo spear, why we frightened to 7 dumbass? #KamiTidakTakut

#Bali shot a great example of Indonesians standing up in the face of terror https://t.co/E9UfGcxxL7 #kamitidaktakut pic.twitter.com/7t83G0LiCx

These photos of street vendors near the site of the violence went viral and was used as a proof to show the resiliency of the Indonesian people:

When you're about to take down terrorists but damn that mango is dope pic.twitter.com/EMwMWNf23s

Although most Indonesians have a Facebook account, the social network didn't activate its Safety Check feature. In response, Indonesia netizens used the hastags #Jakarta and #SafetyCheck to inform their friends about their situation.

Some believe that authorities failed to prevent the rise of cells loyal to ISIS in the country:

Prabowo was a presidential candidate who lost in 2014, although he remains influential; while FPI is radical Islamic group in Indonesia.