Taxicab Confessions, Kyrgyz Style: Lawmakers Get Behind the Wheel to Chat With Voters 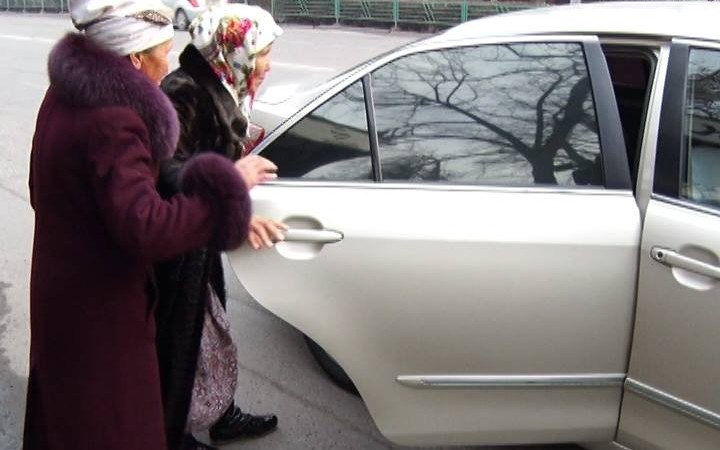 Photo from the Facebook page of Ibraim Nurakun Uulu, the Kyrgyz parliament spokesperson.

When you hail a taxi on the street, you're probably not expecting the driver to be a current member of parliament. But that's what residents of Bishkek, the Kyrgyz capital, will be experiencing in a rare move by officials in Central Asia to reach out to the ordinary people who vote them into power.

Every week a member of the Kyrgyz parliament, which is called Jogorku Kenesh in the local language, is getting behind the wheel of a taxi for the TV program “Parliament Taxi”. The show, which was launched by the parliament's communications department, is broadcast by two local TV stations on evening prime-time. The parliamentarians-turned-cab-drivers use a Toyota Camry from the parliament’s fleet. It is not explained if the lucky passenger pays for this special ride or not.

The first driver, a member of parliament from the ruling Social-Democratic Party, kept his official dress on and drove around two elderly women.

The idea, as any other idea, found both its supporters and opponents. Larisa Kuznetsova liked it:

A great idea! A concrete way to help the population, as well as a chance to chat with a member of parliament!

Like old times, when kings dressed like beggars and walked among the people to see how their people live.

‘They should be doing their own actual job’

The show's organizers say that the main goal of launching this project is to provide an opportunity for voters to talk to their representatives and share their worries and problems with them, as well as to give members of parliament the chance to check in on their voters’ lives.

That raised questions with some Kyrgyz commenters, particularly with Aicholpon Dadaeva, who suggested other jobs would serve the purpose of the show better:

It seems like they always were parliamentarians. All of them know everything. They would be better off working as nannies at orphanages or as medical orderlies in hospitals.

Other Kyrgyz Facebook users offered up different positions, such as Jyldyz Djambolotovna:

A cheap PR move! They should be doing their own actual job – writing laws that are useful for people!

Better off driving a microbus, there are more people and it gives a better effect!

To be best in the East or worst in the West? 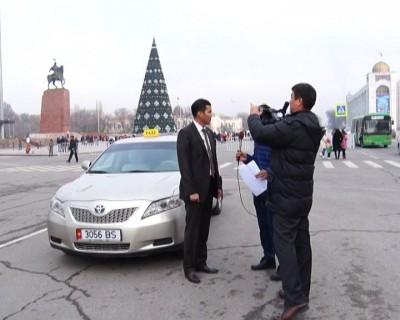 Photo from the Facebook page of Ibraim Nurakun Uulu, the Kyrgyz parliament spokesperson.

Kyrgyzstan, where two presidents have been turfed out over the past decade, remains the only country in Central Asia where the government seems to care about listening to regular people. An attempt to provide people such a platform to meet and talk with their members of parliament, even if it is just PR, is a move you do not see and wouldn't expect from the other four Central Asia stans’ sultans.

However, some demanding Kyrgyzs said they wanted their country not to be compared with its neighbours, but with the developed world, offering the example of Danish parliamentarians, who take bikes to the office.

Meanwhile, after the first show was broadcast, some keen-eyed viewers remarked that the parliamentarian violated driving rules by not fastening his seat belt.