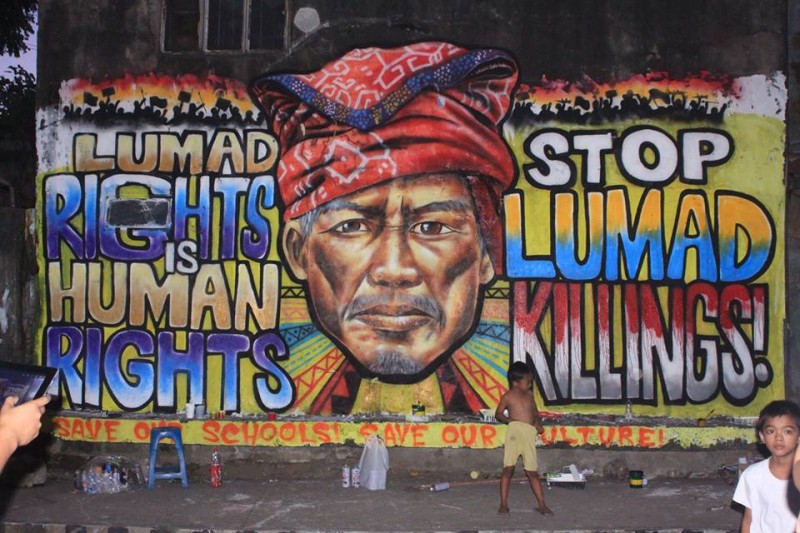 A wall was transformed into a mural echoing the call of human rights groups to stop the militarization of Lumad schools. The Lumad are indigenous peoples in Mindanao, located in the southern part of the Philippines. Photo from the Facebook page of Sim Tolentino

Ang Gerilya (The Guerrilla) is an artist collective established in 2008 by art students from the University of the Philippines. Since its founding, it has produced various artworks exploring socio-political issues and celebrating Philippine history and culture.

It has made a name for itself in the Metro Manila art community for promoting politically relevant street art. In an interview with this author, the group discussed the importance of street art:

Doing street art is our way of bringing “ART” closer to the masses. Street art is special for us because it's where the purest intention of an artist can be seen. And for every art that we do in the street, we consider it a gift to the people.

An example of their work, which was exhibited in a university museum, tackles the campaign for land reform in an estate owned by the family of the incumbent Philippine president:

A socio-political work that also was meaningful to a community was our artwork which was exhibited in the Vargas museum titled LUPA (land). Our group had a chance to visit the Hacienda Luisita and talk to the farmers about their struggle for land reform. We were honored to transform their experiences and wishes into a meaningful artwork. 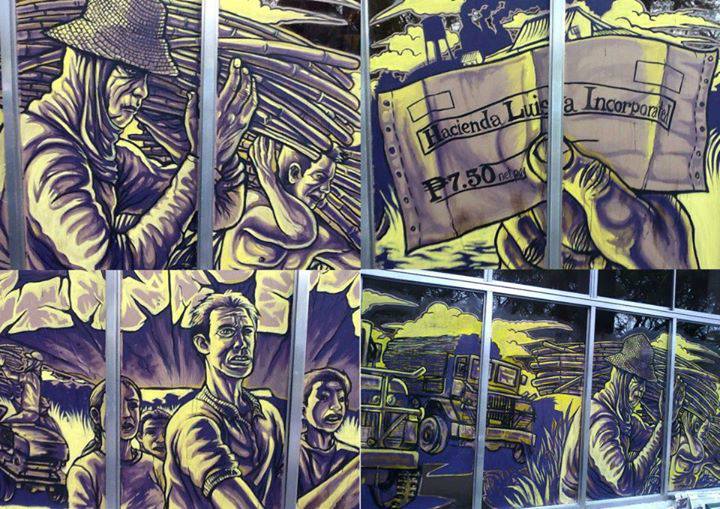 An artwork depicting the struggle of farmers in Hacienda Luisita, an agricultural estate covered by the land reform law but continues to be owned by the family of the country's president. Image from Ang Gerilya

Below are other examples of the group’s artworks which reflect their goal of “making art as relevant as possible and draw influence from Philippine popular and mass culture.” 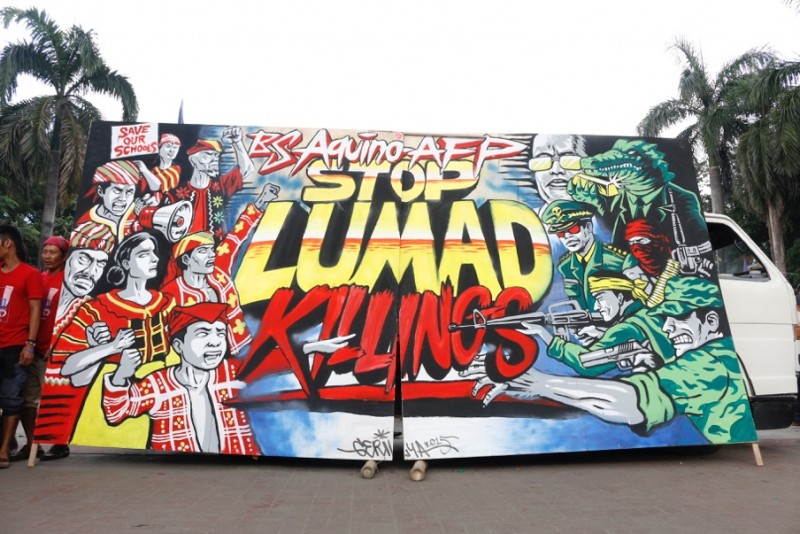 When displaced Lumad groups arrived in Manila in 2015, Ang Gerilya was among the artists who showed their support by painting this mural highlighting the call to stop the militarization of ethnic communities in Mindanao. Photo from Manila Today 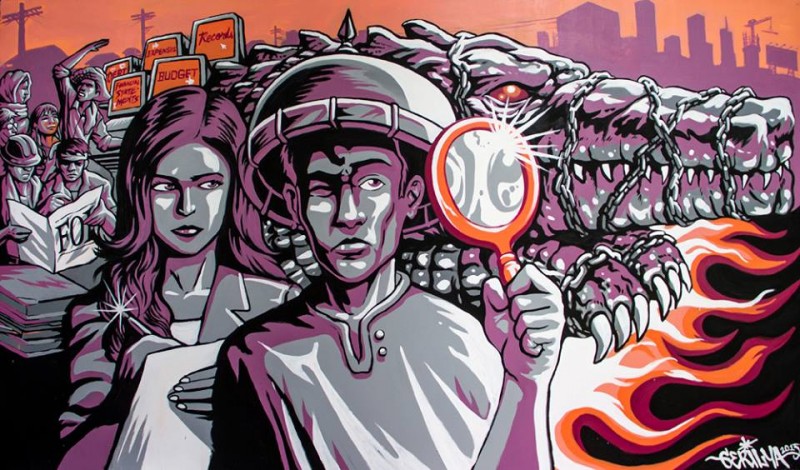 Ang Gerilya dedicated this artwork in support of the campaign for the passage of the Freedom of Information bill. The proposed measure is still pending in Congress despite the pledge of the president to pass the bill in 2010. Photo from the Facebook page of Ang Gerilya 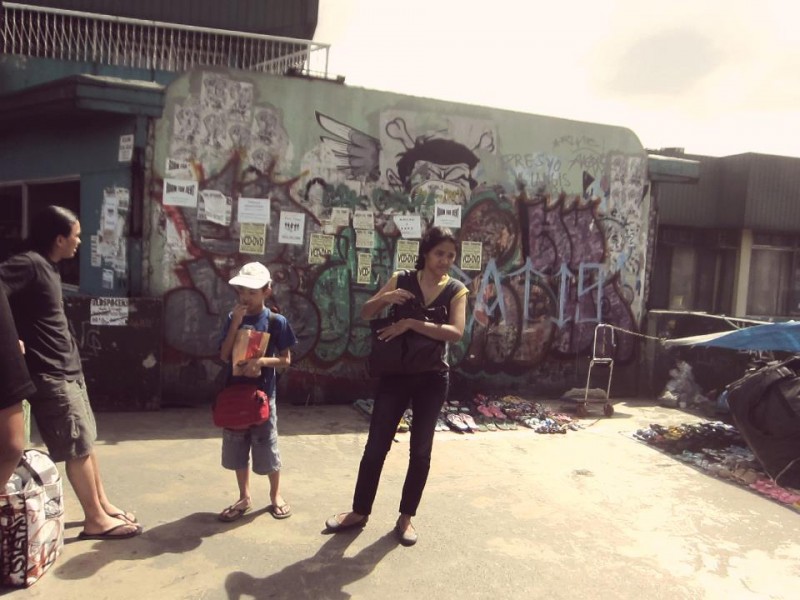 This is how a public wall in Quezon City looked like before Ang Gerilya transformed it into artwork. Photo from the Facebook page of Ang Gerilya 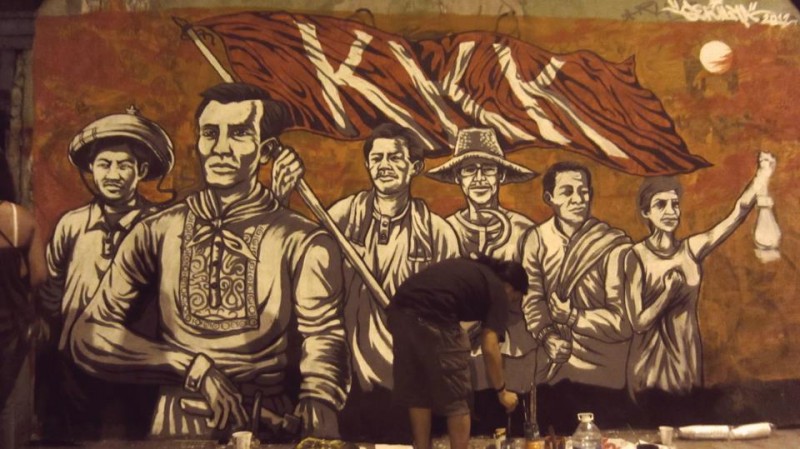 The wall is transformed into a mural depicting the heroes of the Philippine revolution. The Katipunan (KKK) was a revolutionary group that fought for the country's independence against Spanish colonists in 1896. Image from the Facebook page of Ang Gerilya 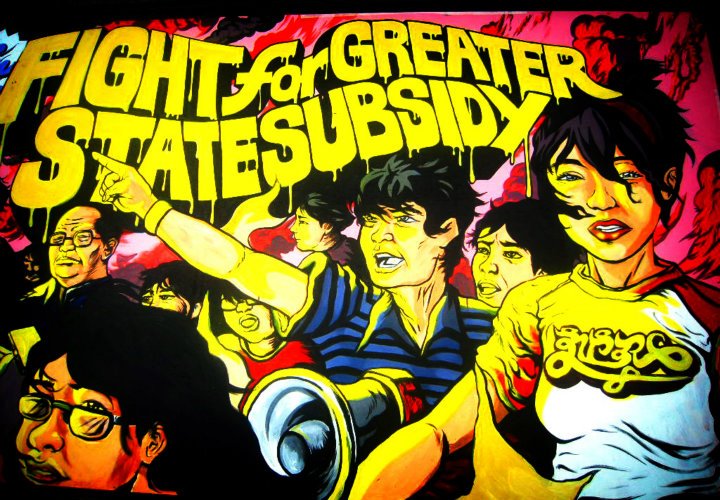 Ang Gerilya paints a mural supporting the student campaign for higher state subsidies for education. In recent years, the government has been reducing the funds of public colleges. Image from the Facebook page of Ang Gerilya. 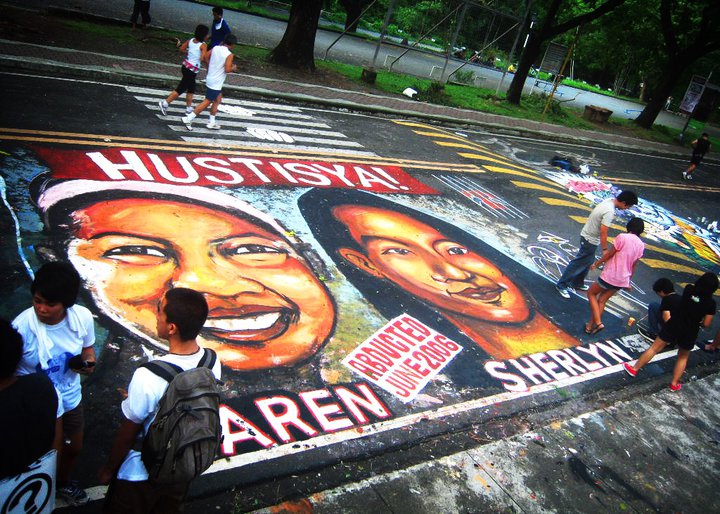 A street inside a university was painted with the faces of two student leaders abducted in 2006 by suspected military agents. The students were campaigning for land reform during that time. An army officer is currently facing trial in connection to the case. The two students are still missing. Image from the Facebook page of Ang Gerilya

A poster made by Ang Gerilya warning the public about voting for ‘animals’ and ‘monsters’ in the senate: