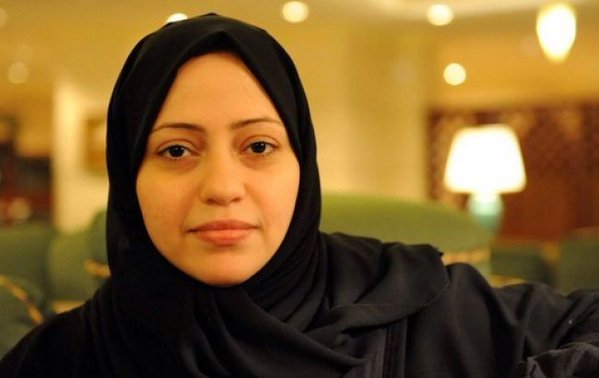 Human rights defender Samar Badawi has been arrested in Saudi Arabia reportedly for tweeting on behalf of her husband, jailed human rights activist and lawyer Waleed Abulkhair. Photograph shared by her sister in law Ensaf Haidar (@miss9afi) on Twitter

In July 2014, Abulkhair was sentenced to 15 years in prison and was convicted under a new anti-terrorism law for “insulting general order” and “inflaming public opinion”. His Twitter account, @WaleedAbulkhair, which Badawi is accused of running, has 82.5K followers — and continued to run even after her arrest.

Samar Badawi is the sister of liberal blogger Raif Badawi, who was famously sentenced to 1000 lashes and 10 years in prison in Saudi for “insulting Islam.” The news of Samar Badawi's arrest was reported on Twitter by her sister-in-law, Ensaf Haidar.

Urgent: #Samar_Badawi was transferred to the Dhahran central prison, where both #Raif_Badawi and #Waleed_Abulkhair are.

Badawi's arrest was condemned by netizens around the world, including human rights defenders and journalists (link leads to Arabic-language petition) who called on the Saudi authorities to unconditionally release her. UPDATE [posted 1/13/2016 at 15:06 GMT]: Badawi was reportedly released on bail several hours after her arrest, and is currently facing interrogation by police.

Utterly unwise: With arrest of #Samar_Badawi, current Saudi leadership is shutting the door in the face of those demanding reform peacefully

And from Canada, JSheehan urges people to read Raif Badawi's book entitled “1,000 Lashes: Because I Say What I Think”:

Samar Badawi fought for Human Rights, as did her brother #RaifBadawi. Pls read his book 1000 lashes on iBooks https://t.co/PJ8dOQJmoN

Others, like Maysaa Al Amoudi, shared one of Badawi's recent tweets saying:

Silence is killing us but we are steadfast

Repression is increasing, corruption and theft is record high and haphazard decisions are on the rise. Nothing is decreasing in this country except for our freedoms and dignity.

Another Twitter user prays for God's wrath on those who committed injustice against Badawi. He tweets:

And this netizen is afraid to breathe:

We live in a country where we are afraid to breathe.