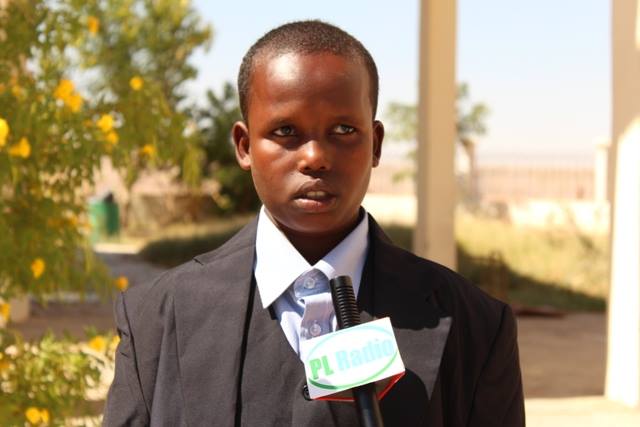 Gulled Adan Abdi, 13, was born in Buuhoodle region in Puntland, an autonomous state inside Somalia.

He came from a deprived community. Gulled’s father died when Gulled was still a baby, and as a result he had to care for two of his siblings.

He is now in the third grade.

Despite the hardship Gulled and his family are going through, Gulled assembles toy airplanes, armored cars and fans using spare materials and powered by scrap automotive batteries. 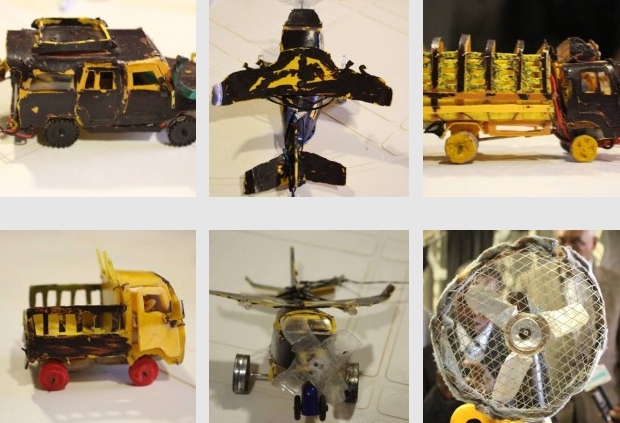 Screenshot of images of toys assembled by Gulled. Photos taken from the information department of the President of Puntland and used with permission.

Gulled comes from a country that was absorbed by civil war for almost two and a half decades.

The president of Somalia’s Puntland government, Abdiweli Mohamed Ali, is among those who have praised Gulled for his extraordinary inventions.

Unlike Somaliland to its west, Puntland does not seek outright independence from Somalia. Having declared its autonomy in 1998, the territory's leadership have repeatedly stated their wishes for a federal Somalia. 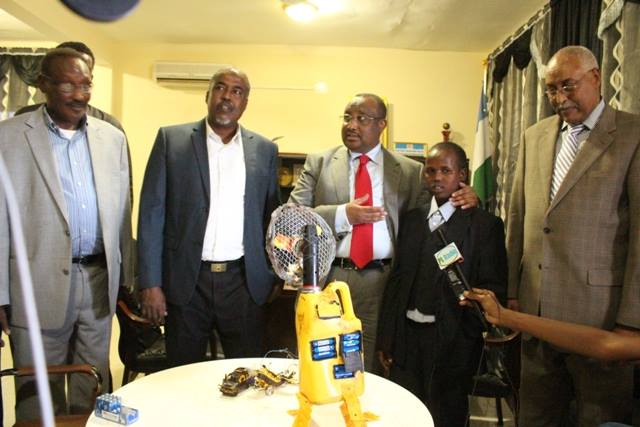 In an exclusive interview with Global Voices Gulled described how he began his hobby:

I am a third grader and none of these things were taught in school, this is something I tried in my free time and I guess it was worth it!

When Gulled’s father passed away I had to step up and provide for my children, I used to leave them by themselves in order to provide their meals and I used to tie Gulled’s legs so that he wouldn't leave the house or get lost because I couldn’t afford a babysitter. To keep him busy I used to give him some plastic items and ask him to assemble them. I guess that’s how all these wonderful inventions began.

In a country the international media mostly refers to only in connection with war, chaos and destruction, Gulled's story is a testimony to the enduring human capacity to innovate, craft and create.