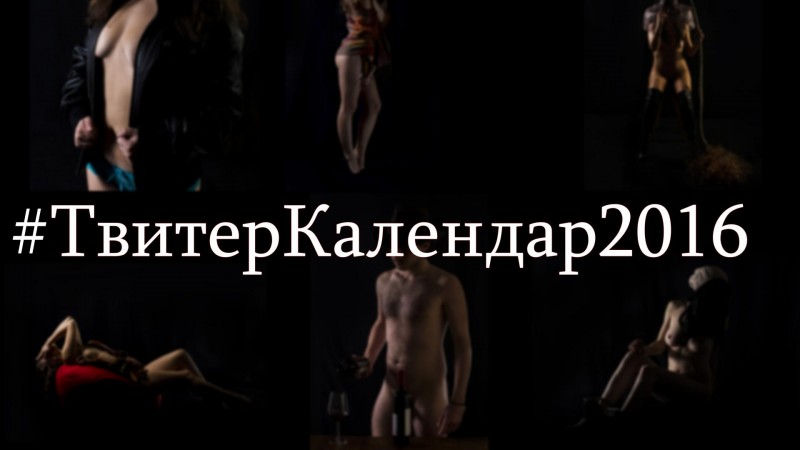 The nude calendar made by Macedonian Twitter users is back.

Using the familiar hashtag #ТвитерКалендар (“Twitter Calendar”) seven of them–five women and two men–have joined seasoned photographer Zvonko Plavevski (@Giotto_mkd) in making an artistic statement for a good cause, at the same time challenging the parochial mentality of patriarchy.

The author published a call in October, and also used the Twitter survey feature to determine how money raised by sales of the calendar would be spent.

The calendar for 2013 raised money for an anti-cancer charity, while the one for 2014 promoted sexual education and gender equality.

The initiative took a break in 2015, but the funds raised by the 2016 edition will be used to help athlete Gorazd Nikoloski in his fight against cancer (#ЗаГого).

The calendar generated a lively discussion, including about whether to use nudity at all.

In his pitch Plavevski explained:

I don't know why the Twitter Calendar has nudity. But I know that's its tradition, and I would like to continue it. It's up to you how much of your nude body you would show. It's your choice whether to remain anonymous or to reveal your identity. Or if you would like to show your face, also. The calendar will be on sale and the money will be donated. You are welcome if you have the self-confidence and courage.

The calendar was promoted at an event on December 12.

Since then, interested buyers and donors have been able to purchase printed copies from the author.

Moments from the promotion of the Calendar [captured in photos by the venue Public Room (@JavnaSoba)].

As in the previous edition, all Twitter Calendar photos are published under Creative Commons Attribution NonCommercial NoDerivatives license (CC BY-NC-ND 4.0).